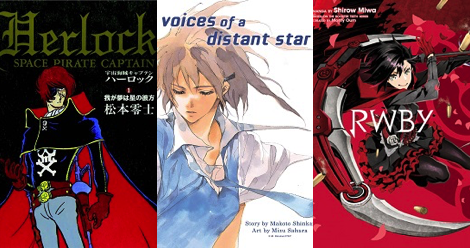 It’s a new year, which means new beginnings and new possibilities. It also means new manga. I thought it’d be handy to highlight some anticipated 2018 manga titles. The North American industry is very healthy these days with lots of new series debuting in addition to all the existing ones out there. I don’t know about you, but I get overwhelmed.

As a note, I’m only mentioning titles being released in the near future. I don’t want to highlight something scheduled for November since sometimes schedules change. 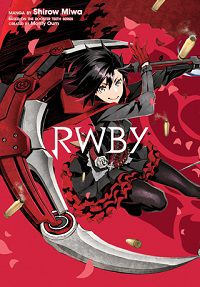 The RWBY animated series just wrapped up its fifth season, so if you’re a fan, maybe you’re yearning for some new content. In a great example of cultural exchange, Dogs: Bullets and Carnage mangaka Shirow Miwa created this adaptation of Rooster Teeth’s series. Fitting, since the animated series is heavily influenced by anime in style and character design. The manga is a prequel to the series, elaborating on the backstories of the four main characters. If you like girl hunters kicking monster butt sprinkled with references to fairy tales, this one’s for you.

Have you ever wanted to see a gender-swapped version of The Little Mermaid? That’s what Mermaid Boys is about. A curious mermaid prince sees a human girl and falls in love with her at first sight. I’m sure you know what follows. He makes a deal with a witch to get human legs, but she wants something in return. I’m curious to see how this one plays out. Manga series tend to put their own spin on fairytale retellings. Will it be subversive? Will it have the tragic ending of the original story or are they going with the Disney version? I must know! 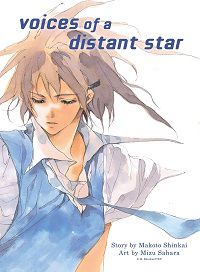 Voices of a Distant Star by Makoto Shinkai and Mizu Sahara

Your Name was, without a question, the biggest anime film from 2017. Actually, it’s the biggest anime film ever, and for good reason. Voices of a Distant Star is a manga adaptation of an early short film by director Makoto Shinkai. Originally licensed by TOKYOPOP, Vertical rescued the title and it’s coming back to print in 2018. The story follows two childhood friends who get separated when the girl is sent into outer space to fight a war against aliens. They continue to communicate via text messages but due to the time lag caused by the girl’s voyage deeper into outer space, the gap between exchanges increases. People who’ve seen Your Name can spot the similar themes. Now you may understand people like me—who were familiar with Shinkai’s previous works—were super stressed out toward the end of Your Name. 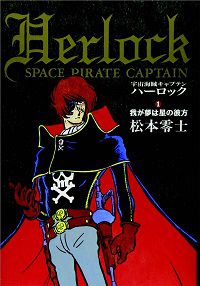 One of the best things about the anticipated 2018 manga titles coming out are that they contain a number of classic series! I’m glad the North American industry is healthy enough that publishers are willing to take a risk on these older series. Originally published in the 1970s, Captain Harlock follows the adventures of a space pirate who rebelled against society and may now be the only one able to save the world from an invading alien race of plant-based women. Oh, 1970s sci-fi, you do you.

What anticipated 2018 manga are you looking forward to?