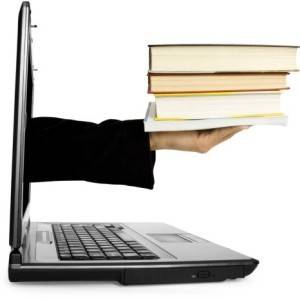 Imagine Lord of the Rings with cell phones. Gandalf could have just called or texted Frodo whenever he changed his plans. Everything in general would have been much less stressful for everyone. A lot of the problems could have been solved much more easily, but a lot of the drama would disappear. Technology in fiction often runs the risk of ruining dramatic tension and it’s hard to find an honest bookish reflection of the devices we use to live our lives.

Tolkien himself wrote in response to the devastation brought on by progressing technology. When the ents criticize the hastiness of the hobbits, we can almost see Tolkien shaking his old-man-fist at the anxious speed of an urban society. The Lord of the Rings trilogy was published 60 years ago, but this literary resistance to technology is still evident today, and for a variety of reasons. In Garth Nix’s Sabriel, it is noted that magic messes with any sort of technology, getting rid of the need to address it altogether. It’s almost considered standard for fantasy novels to nix any kind of tech, but it happens even in contemporary realist fiction.

Donna Tartt and Haruki Murakami’s recent novels both center on introverted characters whose dislike of technology and social media serves as a convenient plot device. Both novels have protagonists who lose contact with old friends, ignore social media, and “surprisingly” reunite later in life, leaving the readers (or at least me) thinking, “wow if he just sent an email or used Facebook he could have avoided this whole thing.” Both novels give literally one sentence out of hundreds of pages on why the narrator didn’t do just that.

The Goldfinch: “I wasn’t on Facebook for reasons of paranoia and seldom looked at the news…”

Colorless Tsukuru Tazaki and His Years of Pilgrimage: “I use the internet at work, sure. And I’m familiar with Google and Facebook. But I hardly ever use them. I’m just not interested.”

This made me frustrated with the characters, but with the authors as well. Maybe it’s just a reflection of the bookish tendency towards introversion, but more likely I think that there is a fear that modernizing or incorporating technology into fiction somehow means a book no longer qualifies for the title of Literature with a capital L (which calls into question an entire debate on the “seriousness” of genre writing).

Those who are known for championing technology into their fiction and investigating the role it plays in our lives often do so in a similar way. Jennifer Egan, who wrote about her concern for technology in fiction in her introduction of The Best American Short Stories 2014, is often cited as a writer who isn’t afraid of emerging tech. Her Pulitzer Prize winning novel, A Visit from the Goon Squad, ends with a dystopic meditation on the future of technology; “if thr r children, thr mst b a fUtr, rt?” Another similar novel, Super Sad True Love Story by Gary Schteyngart, includes entire chapters of this condensed texting language (that nobody really uses irl and I personally found very hard to get through).

There seems to be no middle ground between authors eliminating technology almost totally and authors using it in a gimmicky way. I think some writers are afraid that mentioning specific technologies will date their work, making it no longer timeless or universal like “Literature” should be. Kurt Vonnegut, who I think was one of the best at solving this problem, said, “I became a so-called science fiction writer when someone decreed that I was a science fiction writer. I did not want to be classified as one, so I wondered in what way I’d offended that I would not get credit for being a serious writer. I decided that it was because I wrote about technology, and most fine American writers know nothing about technology.”