I am still slowly recovering from the Book Expo Plague—if you were at BEA and managed to avoid catching it, I envy you because holy cow it’s a bad one, I AM DYINGGGGGG. Just as soon as I am capable of doing something other than slug Nyquil and stream endless episodes of Columbo, I’ll be reading the hell out of these four lady-centric historical crime novels:

The Do-Right by Lisa Sandlin 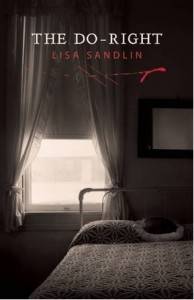 I’m especially excited about this one because—according to the publisher’s rep—rather than starring the dude who runs the detective agency, it’s actually more about his secretary… a woman who just got out of prison after serving fourteen years for killing one of the men who raped her.

It’s set in the ‘70s in a blue collar Texas town, and involves disappearing teenagers, a serial killer, exotic animals, and the advent of some sort of new, oil-related product. But wait, there’s more! While out and about on a weekend break from all of the private detective-style action, Delpha, our heroine, has a run-in with the guy who got away… the other man who raped her.

(I admit it, I’m hoping it goes in a revenge-y direction.)

To top it all off, the book opens with this killer Salman Rushdie quote: “I remember telling myself not to carry the hatred around, although I know where it is. I have it in a trunk in storage.” CHILLS, I HAVE THEM.

(And I have clearly GOT to read more Rushdie. Where should I start?) 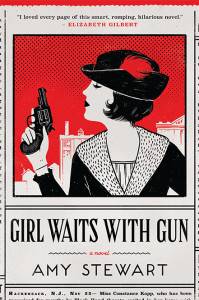 Based on a true story about one of the first female deputy sheriffs in the United States. That’s really all I needed to hear before I snatched up a copy.

And then I went ahead and read the first two pages while standing there in the sea of people on the Book Expo floor—which totally caused a traffic jam, but if any large group of people should understand that sort of compulsion, it’s the folks at Book Expo, so—and the heroine’s voice is very no-nonsense Amelia Peabody-ish, and even just reading that very little bit made me laugh out loud and I’m so excited to get back to it. 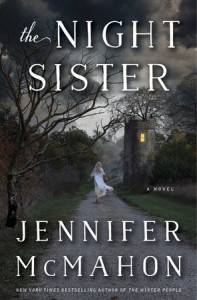 The Night Sister by Jennifer McMahon

Dark and (one would assume) ugly family secrets, sisters and friendship, a woman who runs away to Hollywood to act for Alfred Hitchcock, a motel with a tower, and a murder-suicide. A childhood discovery that leads to the breakup of a trio of friends; decades later, two of them begin to investigate their ex-friend’s supposed last words, uncover even MORE secrets, and end up revisiting the events that led up to the end of the friendship in the first place.

Flipping through, it looks like the book bounces from 2013 to 1955 to 1989 and back again, that it includes letters that the aforementioned aspiring actress wrote to Alfred Hitchcock, and that the focus regularly shifts from one woman to the next. I’m not sure if my Nyquil-addled brain will be able to keep up, but I’m pretty tempted to try. Like, RIGHT NOW. 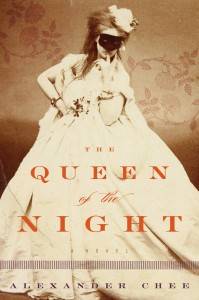 And lastly, there’s this one, which isn’t technically a crime novel—it looks like it’s being marketed as literary historical fiction—but it has crimes IN it, and it looks rad so I’ll allow it. It stars Lilliet Berne, former courtesan and current soprano at the Paris Opera, who is offered an original role… that appears to be based on Secret From Her Past.

There are only four people who could have betrayed her trust, and she’s determined to figure out who.

I ALREADY WANT THIS ONE TO BE A MOVIE, PLEASE AND THANK YOU.

Were you at Book Expo? What caught your fancy? Was there anything else along these lines that I missed?