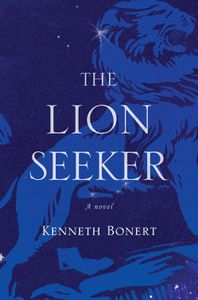 In the tradition of the great immigrant sagas, The Lion Seeker brings us Isaac Helger, son of Lithuanian Jewish immigrants, surviving the streets of Johannesburg in the shadow of World War II

Such is the refrain in Isaac Helger’s mind as he makes his way from redheaded hooligan to searching adolescent to striving young man on the make. His mother’s question haunts every choice. Are you a stupid or a clever? Will you find a way to lift your family out of Johannesburg’s poor inner city, to buy a house in the suburbs, to bring your aunts and cousins from Lithuania?

Isaac’s mother is a strong woman and a scarred woman; her maimed face taunts him with a past no one will discuss. As World War II approaches, then falls upon them, they hurtle toward a catastrophic reckoning. Isaac must make decisions that, at first, only seem to be life-or-death, then actually are.

There’s something exceedingly powerful about war stories told through the eyes of children, and there’s no denying that individuals who come of age in war-torn countries are shaped by the experience. In today’s Riot Recommendation, we want to know: what are the best coming-of-age war stories you know? Share them in the comments, and we’ll be back next week with a big list of reader recommendationss.