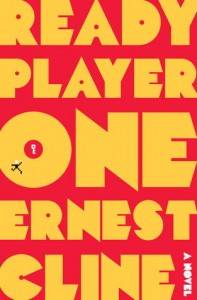 This is just further proof that the solution to all of the world’s problems can be found in fiction.

On Monday, Salman Rushdie took to Twitter to protest Facebook.  They had locked him out of his account, made him verify his identity, and then told him that he could only have his page up if he used his legal name as shown on the passport he presented to verify his identity – Ahmed Rushdie.  After Rushdie pointed out the flaw in their logic and reminded them of all the other people who go by their middle names, Facebook eventually gave in.  As they should have.

When the New York Times wrote about the issue on Tuesday, they discussed the ongoing “nym wars,” or the debate over whether or not a person should be allowed to function in the online realm anonymously.  Should we, as Facebook would have us believe, always go by our true identities?  Or should we be allowed to adopt different online personas for the purpose of, among other things, protecting our privacy?  Perhaps there is a middle ground, one in which we all have unique and secure online identities that are not tied to our real names.

In his debut novel Ready Player One, Ernest Cline writes about a virtual realm in which people do most everything, including work and attend school. The real world is a dark and twisty place, and the OASIS provides the world with the escape that it so desperately seeks.

Anonymity was one of the major perks of the OASIS.  Inside the simulation, no one knew who you really were, unless you wanted them to.  Much of the OASIS’s popularity and culture were built around this fact.  Your real name, fingerprints, and retinal patterns were stored in your OASIS account, but Gregarious Simulation Systems kept that information encrypted and confidential.  Even GSS’s own employees couldn’t look up an avatar’s true identity.  Back when Halliday was still running the company, GSS had won the right to keep every OASIS user’s identity private in a landmark Supreme Court ruling.

Sure, it took the Supreme Court getting involved before it could happen, but the point is that this company wants the online experience of its patrons to be as safe as possible. They believe in that so strongly that they went to court to protect those clients – which include most everyone in the world.

Of course, there are a few places in the OASIS where real identities are necessary.

When I’d first enrolled in the OASIS public school system, I was required to give them my real name, avatar name, mailing address, and Social Security number.  That information was stored in my student profile, but only my principal had access to that.  None of my teachers or fellow students knew how I really was, and vice versa.

Students weren’t allowed to use their avatar names while they were at school.  This was to prevent teachers from having to say ridiculous things like “Pimp-Grease, please pay attention!” or “BigWang69, would stand up and give your book report?”  Instead, students were required to use their first real names, followed by a number, to differentiate them from other students with the same name.  When I enrolled, there were already two other students at my school with the first name Wade, so I’d been assigned the student ID of Wade3.  That name floated above my avatar’s head whenever I was on school grounds.

See? Even at school, their avatars are protected. No one ever knows more than the real first name.  Rushdie would have only had to go by Ahmed if he decided to enroll in the public school system, and I just don’t see that happening.

One problem down.  Which one should we solve next?