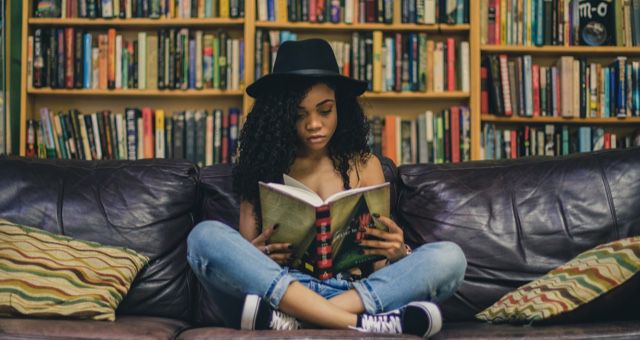 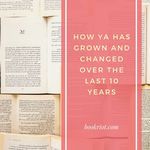 For many, the 2010s have been a tremendous decade of change. It was ushered in under the presidency of Barack Obama, where hope and change wove through the fabric of those who believed the U.S. government could do better by us. But things changed tremendously in 2016, following the election of the new xenophobic president.

This change has infiltrated the book world and on a more micro level, the advancing decade has brought significant change to the world of young adult literature.

But in no way, as Laura Miller ignorantly asserts on Slate, is the category eating itself. Sure, traffic-generating hit pieces when read by an outsider to the world of YA would see that social media, and namely Twitter, have played a huge role in how YA is discussed. Books have been pulled from publication. Controversies emerged. Authors canceled. Drama and melodrama infiltrated headlines under the guise of YA “news.”

The last ten years of YA literature have not seen a dimming of its glow. Rather, the last decade has seen a category created and built by (primarily white) women forced to build a longer table and pull up chairs for other traditionally marginalized voices. The YA world has, piece by piece, been working to dismantle white supremacy and ever-present male privilege, making space for voices that have been quieted for far too long.

Miller’s piece, which begins with spending a lot of time discussing James Frey’s fiction factory, never goes beyond the sensational headlines and easy-to-reach bestsellers to make a point about the category. This is a popular tactic by writers who themselves have read few titles in the category and who have penned little more than under-researched diatribes and thin critiques of books that receive significant marketing and publicity dollars from their respective publishers. James Frey’s Pittacus Lore series? Lots of publisher money for a series developed by a white guy (and by the by, it’s still going well and strong, with plenty of bestsellers beyond this one—including the Dorothy Must Die series by Danielle Paige—but industry secrecy demands the details remain secret).

Of course popular books bring about “copycat” titles. That’s how publishing works. When one genre sees an uptick in interest, other titles follow. Remember when Gone Girl came out in the adult world and brought about a deluge of psychological thrillers with unlikable female characters? That same thing happens in YA. Naturally, Divergent saw similar books follow. Missing from this piece is that the phenomenal success of Angie Thomas’s The Hate U Give meant that more books about Black lives and brown lives hit shelves, and none of them groveled to white readers. They were written for Black teens.

The oft-cited study Miller brings up from 2012 that discusses how adults are the majority of YA book buyers goes unexamined here. Of course adults buy most of the YA books. Aside from having an interest in the category itself, adults also have a cash flow that teenagers don’t—how does a teenager purchase a book on Amazon without a credit card? The answer is they don’t, because the Credit CARD Act of 2009 does not allow those under 18 to own a credit card in their own name.

But not seeing themselves in the books meant for them? That will be at the forefront of teen minds—and what adults who have purchasing power and the power of time and knowledge of the category can fiercely advocate for.

Certainly, the decade has seen a number of YA adaptations flop at the box office, especially when compared to a phenomenon like The Hunger Games. But what’s missing here is the way the landscape of consumption of entertainment changed in the decade. Streaming has changed the way people enjoy visual stories. Netflix’s To All The Boys I’ve Loved Before, with its Asian American lead, was met with hugely positive reception at the end of the decade, followed by a widely-enjoyed Dumplin’ streaming adaptation, featuring a fat protagonist played by a fat actress. Cassandra Clare’s The Mortal Instruments bombed in theaters, but it enjoyed a passionate viewership when it shifted to a short-form, television format.

Then the 2016 election happened and what seemed like an era of hope and change tilted more sharply toward one of fear, hate, and uncontested prejudice and discrimination.

And with that change, the tenor of the YA social media landscape—and indeed, YA as a whole—shifted. No longer were dystopian novels a place of escape. They were reality.

Or at least, they were suddenly reality for white people. For people of color, as well as those who were not heteronormative, those dystopian stories were never fun adventures of escapism, of heroism. They were the reality of living in skin that fell outside the accepted white, straight norm.

The vocal world of the YA community stood up and spoke out. What began in 2014 as a movement to highlight the need for diverse books and diverse publishing became a vital part of what it is to be a YA community. Books were held to higher standards. Editing and language were held to higher standards. Old standby authors were forced to reckon with the stories they had told or were planning to tell. New authors entered a world that forced them to consciously consider why they needed to tell the story they were telling.

It’s people from marginalized backgrounds who are speaking the loudest. Who are demanding this change. They’re doing it because today’s young readers are growing up in a (white) world now better understanding the terrifying reality into which they’re entering. Into which they’ll have to become the heroes that they weren’t able to see until people screamed and shouted loud enough to get even a sliver more shelf space.

YA isn’t fizzling out at the end of this decade. YA is having a reckoning with its own racism and complicity in sexism and upholding bigotry. Those looking from the outside seeing little more than a forgetting of James Frey’s writing factory or a decline in YA titles on the best seller lists (of course books in legacy authors’ series like “Wimpy Kid” and “Captain Underpants” do better in sales—they have more money to work with from the start) or loads of in-fighting or cancel culture are not only showing themselves as unwilling and ignorant outsiders.

They’re doing their part in upholding the structural hierarchies of racism and sexism that the community is working tirelessly to disrupt.