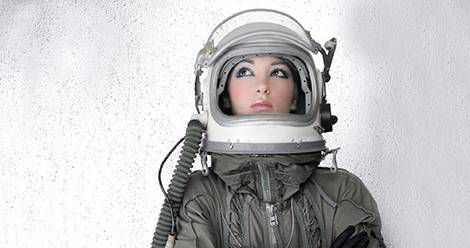 This giveaway is sponsored by Little, Brown Books for Young Readers, publisher of Defy the Stars by Claudia Gray.

Enemies in an interstellar war, they are forced to work together as they embark on a daring journey through the stars. Their efforts would end the fighting for good, but they’re not without sacrifice. The stakes are even higher than either of them first realized, and the more time they spend together, the more they’re forced to question everything they’d been taught was true.

Because high school is more thrilling in space, and saving the galaxy is (maybe?) as important as that first romance. We asked you to share your favorite Sci-Fi YA novels, and you responded. Here are 32 of your favorites!

Carve the Mark by Veronica Roth

Grasshopper Jungle by Andrew A. Smith

The 5th Wave by Rick Yancey

The Uglies Series by Scott Westerfield

The Love That Split the World by Emily Henry

Across the Universe Series by Beth Revis

The Lost Girl by Sangu Mandanna

All Our Yesterdays by Cristin Terrill

Beyond the Red by Ava Jae

The Forgetting by Sharon Cameron