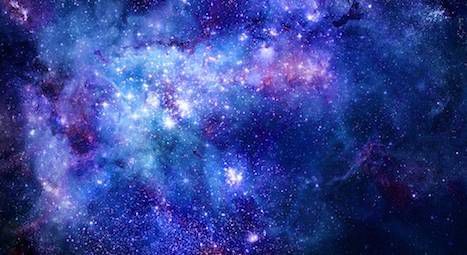 It’s funny (wonderful?) that the books we so often associate with our future–books about space–are full of the same themes our very oldest stories contain. Adventure. Discovery. Confronting the unknown. Finding our limits. Constantly and always questioning what it means to be human.

In this list of must-read books about space, you’ll have your space opera epics, like the Vorkosigan Saga, or hard science favorites, like The Martian. I’ve also included some nonfiction books about space that nod heavily towards story-telling. But, hopefully within this list, you’ll also find some new and overlooked classics of the genre.

And whether each book takes place at the end of a long journey across space, on a fleet of warships patrolling the universe, or at the moment of first contact with an alien species, the thread combining all of these books is the thought of Space as a character onto itself. Space with a capital S. Space as a stand-in for all that we don’t know, but could discover. 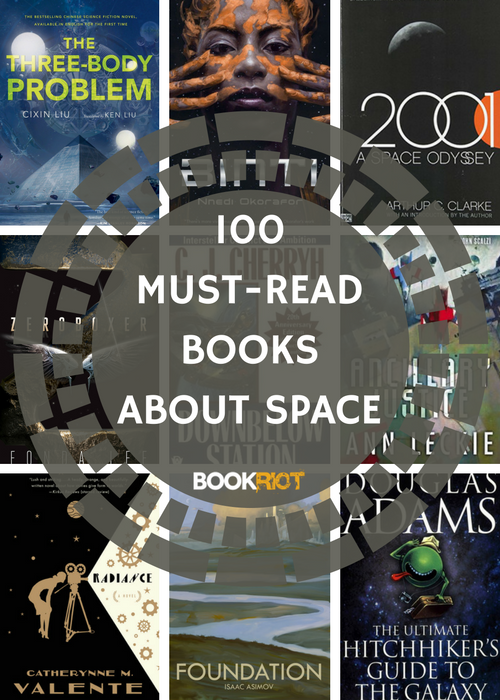 2. A Brief History of Time by Stephen Hawking (non-fiction)

3. A Passion for Space by Marianne J. Dyson (non-fiction)

4. A Wrinkle in Time by Madeleine L’Engle

8. An Astronaut’s Guide to Life on Earth by Chris Hadfield (non-fiction)

14. Big Bang: The Origin of the Universe by Simon Singh (non-fiction)

18. Children of Time by Adrian Tchaikovsky

19. Coming of Age in the Milky Way by Timothy Ferris (non-fiction)

25. Death of a Neutron Star by Eric Kotani

38. Half Way Home by Hugh Howey

40. How It Ends by Chris Impey (non-fiction)

42. Inside a Silver Box by Walter Mosley

52. On a Red Station, Drifting by Aliette de Bodard

53. On Basilisk Station by David Weber

55. Physics of the Impossible by Michio Kaku

61. Rogue Squadron by Michael A. Stackpole

63. Rise of the Rocket Girls by Nathalia Holt (non-fiction)

64. Rite of Passage by Alexei Panshin

72. Starship Troopers by Robert A. Heinlein

73. The Book of Strange New Things by Michel Faber

74. The Colour of Magic by Terry Pratchett

75. The Forever War by Joe Haldeman

76. The Galaxy Game by Karen Lord

77. The Hitchhiker’s Guide to the Galaxy by Douglas Adams

78. The Lady Astronaut of Mars by Mary Robinette Kowal

79. The Left Hand of Darkness by Ursula K. Le Guin

80. The Lives of Tao by Wesley Chu

81. The Long Way to a Small, Angry Planet by Becky Chambers

82. The Martian by Andy Weir

83. The Martian Chronicles by Ray Bradbury

84. The Moon Is A Harsh Mistress by Robert A. Heinlein

86. The Right Stuff by Tom Wolfe

87. The Sirens of Titan by Kurt Vonnegut, Jr.

89. The Sparrow by Mary Doria Russell

91. The Three-Body Problem by Cixin Liu

94. Trading in Danger by Elizabeth Moon

As you noticed, there’s only 100 spots on this list. Because of that, I’ve limited it to one book per author, and if their best work is a series, included the first one from that series.