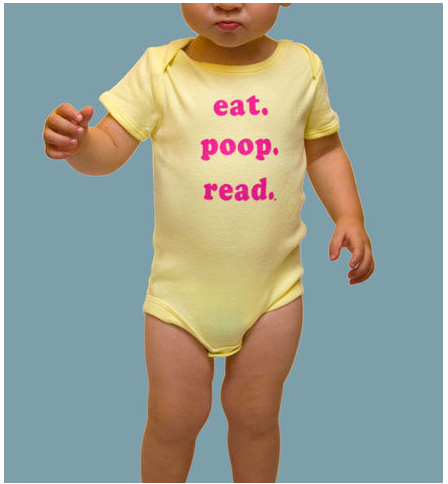 Naming something can a big thing — or not. As Shakespeare so famously said, “What’s in a name? That which we call a rose, by any other name, would smell as sweet.” When it comes to naming a human, it’s kind of a big deal. I’m not the only literary-minded mama to want to name her child something literary, but it’s proving to be harder than I anticipated. I have some names – one in particular – that are top contenders, and for my son’s first name, I’m not revealing it. (It is literary…sort of, if you think of the Bible as literature). But I’m always on the lookout for good names for his middle name, or a first name that comes along and steals my heart.

I had the perfect name for a girl. And then he turned out to be a boy. While the girl name could work for a boy, it really doesn’t, so well. So I had to readjust.

Two of my favorite books of all time include To Kill a Mockingbird and The Catcher in the Rye. So naturally, I’ve been looking at Atticus and Holden as possible middle names. But for me, someone who overanalyzes and overthinks everything, the stories behind the names, and the characters themselves, are important. Yes, Atticus is nuanced and in the past year, has become controversial. That doesn’t bother me. What Harper Lee did in Watchman only made the character deeper and more complicated, which I appreciate. Holden Caulfield, on the other hand, is kind of an asshole. I mean, let’s be honest. He is. I love him, but he’s a jerk.

Gone With the Wind is another favorite of mine (Scarlett was a contender for a girl’s name), and Rhett Butler is a Southern bad boy. But there’s the issue of the hinted-at rape scene in the movie, and really, sometimes, he’s not so nice. Truthful and brash, but a womanizer. I’m also not sure the name Rhett goes with my last name. At any rate, it’s a strong name to live up to.

Huck and Finn were also names I thought about. I was always a Huckleberry girl, as opposed to Tom Sawyer. Interestingly, though, Sawyer came up in the mix for a name. These names all bring to mind an impish, rascal-y kind of a kid, always up to some sort of mischief.

Hawthorne, Beckett, Walker, Alcott, Orwell, Huxley — strong names, but either they didn’t really go with my last name, or I couldn’t quite feel them.

I keep thinking about girl names — at my 20 week ultrasound, despite the genetic bloodwork that clearly, without a doubt, showed XY chromosomes, I held a tiny teeny bit of hope that perhaps it was wrong, and I would get the beautiful literary name for a girl that I picked out before the two pink lines came up on the First Response stick. But no. That doesn’t stop me, though, from thinking about girl names – Zora (after the amazing Zora Neale Hurston), Jo (from Little Women), Scout, Harper, Carson (Carson McCullers)…the list goes on and on.

So I’ve been reading books, keeping my eyes open for any names that I love, and the stories attached to them. I’ve been thinking about the books that have shaped my life and my writing, the authors whom I aspire to be like, and the writers who inspire me daily or who propelled me into this literary life in the first place. What are some of your favorite literary names?