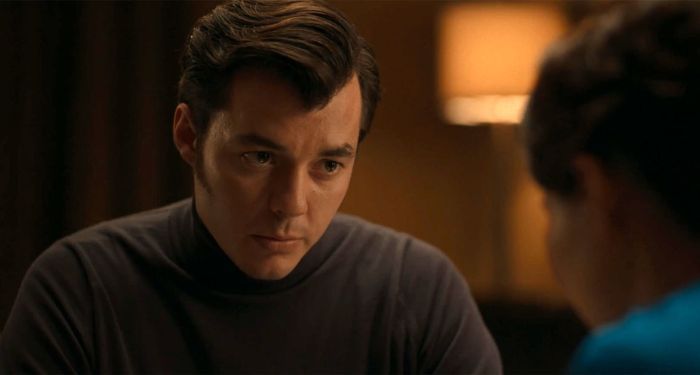 Boy, Warner Bros. has had a week, haven’t they?

First, they canceled Batgirl, the $90 million movie starring Leslie Grace, their first headlining Latina superhero. This decision, spurred by their merger with Discovery+, appears to be part of a strategy to eliminate mid-budget projects in favor of big budget theatrical blockbusters and cheaper streaming projects. You might wonder what the point is in wasting the $90 million already spent, but don’t worry! They’re taking a tax write-down instead. I hated typing that sentence.

Then, in a presentation to investors, CEO David Zaslav included a slide revealing that HBO Max and Discovery+ have genders now, apparently – HBO Max, home of superheroes, is “lean in” “appointment viewing” with a “male skew,” while Discovery+ has a “female skew” for their “lean back” “comfort” viewing of *checks notes* People Magazine Investigates.

Then, for some baffling reason, they changed the title of Season 3 of Pennyworth to Pennyworth: The Origin of Alfred’s Butler. I loved typing that sentence. I would type that sentence in every article I write if I could. I will never write a better joke.

Meanwhile, the merger has led to the rumored cancellations of the Strange Adventures series and a Supergirl movie set to spin off from the Flash movie (starring Sasha Calle, another Latina actress), and the confirmed axing of a Wonder Twins movie that had apparently already cast Riverdale’s KJ Apa as Zan, which is almost better than typing “The Origin of Batman’s Butler.” (“Form of…the highs and lows of high school football!”) Outlook is unclear for other announced projects such as a Ta-Nehisi Coates-scripted Superman movie and the Green Lantern TV show. The wretched-looking Gotham Knights seems to be moving forward unimpeded at the CW, though, so…yay? Plus the second Joker movie, with Lady Gaga as Harley, which is honestly pretty good casting but also kind of sounds like MadLibs.

And of course there’s the elephant in the room: there has been no word on canceling The Flash, despite the fact that its star, Ezra Miller, was charged with a felony burglary just this week, capping off months of alleged criminal activity including second-degree assault, disorderly conduct, harassment, and more. As of the time of this writing, Vermont police are searching for a 25-year-old mother and her three children who had been living at Miller’s farm, and are concerned that Miller is hiding their whereabouts. At least two other sets of parents have protective orders against Miller due to inappropriate behavior with their children.

According to Zaslav, Warner Bros is laying out a ten year plan for the DCEU similar to what Kevin Feige did for Marvel with the MCU. Hmm, does that sound familiar? Oh yeah, it does, because back in 2014, they announced a slate of 10 films in a shared universe that would be released between 2016 and 2020. Only six of them were released in that window: Batman v Superman: Dawn of Justice (2016), Suicide Squad (2016), Wonder Woman (2017), Justice League (2017), Aquaman (2018) and Shazam! (2019). Only Wonder Woman was widely well-received, with Aquaman and Shazam! earning a rousing “well, at least it wasn’t Batman v Superman.”

And yes, we did get more projects that fit into the DCEU: the disappointing Wonder Woman: 1984, and the very loosely related Birds of Prey and The Suicide Squad, plus the latter’s spinoff HBO Max show Peacemaker (which has not been canceled). But the second Justice League and more films starring Henry Cavill’s Superman and Ben Affleck’s Batman were rightfully shelved, while Cyborg was canceled. (You know, the only one of these movies starring a Black actor, one who spoke out against racism he experienced during filming. What a coincidence! So weird!) All that’s left are sequels for Aquaman and Shazam, Black Adam, and, well, The Flash.

Oh, and let’s not forget the infamous Snyder Cut of Justice League, a four hour recut of an embarrassing flop, galvanized into existence by a violently toxic online movement that now seems to have been the work of bots to a not-insignificant degree. Warner Bros spent $100 million on re-making this ridiculous vanity project – more than they spent on Batgirl total.

Somewhere in there, Warner Bros. decided to drop the whole DCEU idea and release Batman movies willy-nilly, a strategy that largely seemed to be working: Joker and The Batman were successful standalones.

But now that “MCU fatigue” is a common phrase around the internet, Warner Bros. has apparently decided that this is a good time to try to build a unified continuity out of…something. They’ve even allegedly added a post-credit scene to Black Adam, historically an MCU trademark. Presumably the Rock is going to be asked to join the Avengers.

If you’re a DC fan, first of all: why? (This is a self-own. Seriously, why do I do this to myself?) And second, you might be wondering what kind of strategy this is. Plan a universe, then cancel it, then plan it again. Get Michael Keaton back in as Batman, then insult him by letting the news of Batgirl’s cancellation hit social media before the cast finds out about it. Definitely cancel any movie starring a Latina. Never cancel a movie starring an actor with multiple criminal charges against them, no matter how bad each subsequent news story is.

Well, let’s look at what Zaslav had to say:

“We’re going to focus on quality….The focus is going to be, how do we make each of these films, in general, as good as possible?”

Well…you’da thunk, Warner Bros., because you came to this world-shaking revelation four years ago, when film chairman Toby Emmerich shared the timeless wisdom that “Good movies work better.” I made fun of you then, too.

(P.S. I was kidding about making two Joker movies.)

Honestly, it’s easy to dunk on so much of what Warner Bros. is doing here. I mean, if only they’d called it Batgirl: The Origin of Some Girl Who Knows Batman (and Gets Shot by the Joker, in a Cool, Edgy Way), they might have saved it!

But it’s also genuinely depressing that one of the largest entertainment companies in the world can’t seem to hold on to the notion of making good movies for longer than 30 seconds, or that despite owning all of the IP being produced by the wildly creative folks in the trenches at DC, they can’t come up with anything better than “do what Marvel did a decade ago” and “more Batman (but not girl Batman).” It’s depressing that they not only catered to the lowest common denominator of fandom to make the Snyder Cut, they were tricked into doing it by bots. It’s depressing that they’ve aggressively siloed their viewership by gender despite the overwhelming popularity of superhero media across all genders, and it’s depressing that they’re canceling so many WOC-led projects. And it’s depressing, and infuriating, and at the same time so very predictable that they would look at Ezra Miller’s list of arrests and see only profit.

Maybe at least that last will change. Maybe by the time this article goes up, The Flash will have been canceled. And maybe whatever replaces Batgirl on HBO Max will be amazing, incredible, lean in, appointment viewing.

I won’t know. As a woman, I’m required to stick to the Discovery+ side of things. See you at People Magazine Investigates, fellow female skewers!