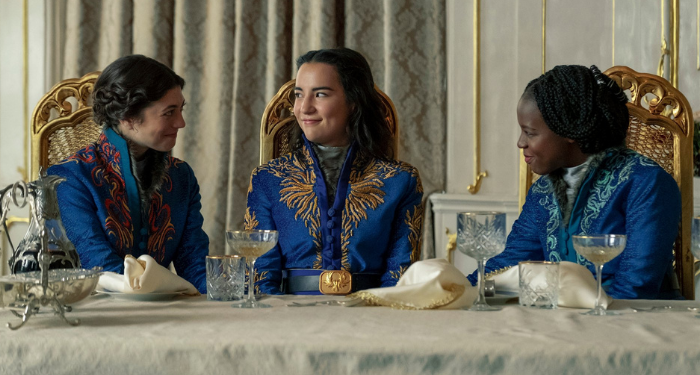 If you’ve been eagerly awaiting the new Netflix Grishaverse adaptation, Shadow and Bone, as much as I have, you’re probably already thinking about how you would fit into the world of Ravka and Ketterdam. Are you more of a Dreg or a Soldat Sol? A Grisha or a soldier? Truthfully, you can’t go wrong. The lore of this series is so rich and interesting, there are few characters I wouldn’t be thrilled to draw some comparison to. I would take Nina’s brash attitude, Zoya’s strength, Alina’s determination, and Kaz’s genius any day. So regardless of whether you’re more a fan of the original Shadow and Bone trilogy or Six of Crows, this Shadow and Bone character quiz is sure to satisfy your Grishaverse cravings.

The show, based on the Grishaverse books by Leigh Bardugo, takes place during the first book in the series, Shadow and Bone. It will also feature prequel material focusing on the Dregs (Kaz, Inej, and Jesper) in Ketterdam as well as Nina’s capture by the Drüskelle in Fjerda (where she’ll eventually fall for a certain handsome someone, but no spoilers). I love that the series is going to be combining the story from the books as well as new material to give us a full picture of what is going on in the world during Alina’s time as the Sun Summoner. And with the amount of lore and world-building the show has to draw on, I can only image just how deep and nuanced this series has the potential to be.

But you’re not here to listen to me go on about my excitement for this series (which I really could do for ages). You’re here to find out where your personality will fall in this Shadow and Bone character quiz. So what are you waiting for? Are you a Grisha or not? And, more importantly, exactly which Shadow and Bone character are you? All you have to do is take this quiz and find out.

And regardless of what the outcome of the quiz, in the immortal words of the Dregs: “No mourners, no funerals.”

Go ahead. Dive on in.

What do you think? Happy with the character you got in the Shadow and Bone quiz? If so, give it a share over on social media. And if you can’t contain your excitement over the series and need even more Grishaverse material in your life, check out some questions (and answers) brought up by the trailer, some serious fangirling over what a badass character Alina Starkov is, and a guide on where to get started with Leigh Bardugo’s books.