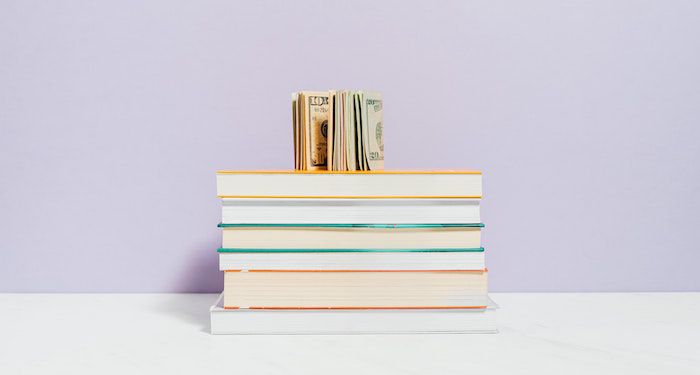 Advanced Reader Copies (ARCs) are copies of books sent out before their publication date for publicity and review purposes. Audiences for ARCs range from buyers at major bookstore chains to Instagram and TikTok influencers who might potentially talk the title up to their fans. Some social media influencers have been known to show off stacks of ARCs on their shelves, some of which they don’t even have time to read before the book’s official date of publication. While ARCs often hew closely to the finished copy of the book, they usually come with a disclaimer that changes can still be made to the text and often discourage directly quoting from the book to prevent differences with the final, published copy.

For those who tend to roll in the ARCs, whether because they request them from publishers or because ARCs are sent to them unsolicited, it can become a bit of a storage problem to hold on to all those books, especially if one wants to also buy a finished copy (ARCs are often paperbacks, where new releases are generally hardcovers). While normally, overflowing bookshelves might prompt a trip to the nearest library donation bin or to try to resell them at a used bookshop, what exactly are the rules and ethics surrounding selling or donating ARCs?

Can You Sell ARCs?

If you’re wondering if it’s legal to put some ARCs you’ve been given up for sale, the short answer is yes. Generally, when a reader is sent an ARC, there is an expectation that the reader will somehow review the book, whether that’s through a review on their blog, an Instagram post, or by considering buying it for their store. The reader gains early access to the book through this exchange, but the publisher and author also gain (or at least hope to) from the buzz and early reviews generated, which will ideally lead to more buyers. Additionally, when you receive property, including ARCs, it is yours to do with what you wish, including donating or reselling. So legally, if you choose to offer ARCs for sale, you’re in the clear. However, the ethics of the issue (and certain exceptions about where ARCs can be sold) are obviously a lot murkier.

Is It Ethical to Sell ARCs?

When you are sent an ARC, it is a “gift” from the publisher, AKA they (and the author) aren’t receiving money from you. If you then sell that ARC, you alone are profiting from the book, at least in terms of actual cash, and some argue that this is unethical and prevents authors from making money from their books if someone would have otherwise bought a published copy of their own. The ethics of ARC resale also are complicated by the specifics of the sale: does it matter if the book has been published yet or not? Is there a difference between selling an ARC for a dollar at a garage sale to free up space on your shelves versus putting it online for a higher price for collectors to bid on? And what about donating ARCs to places like thrift stores, who will need to sell them to benefit from your donation?

Generally, if you’re someone who’s receiving ARCs, it’s fair to assume that you a) enjoy reading and b) want to support booksellers and authors. Realistically, few authors or bookstore owners are getting fabulously wealthy off their chosen career, and most readers I know want to support them however they can within the bounds of their own budgets. If you can purchase a published book at the price it’s offered, it is a great way to support the author and make sure your favorite local bookstore stays in business. And no one likes to think the story they worked on for years is going to get spoiled, so while it’s not illegal to sell ARCs before their publishing date (unless you have an agreement with the sender that you won’t), it could be said that this a violation of the general ethics and enjoyment of reading. Author Courtney Milan has a great take on the legal vs. ethical issue of ARC resale in this Twitter thread, which goes further into what authors can do if they would prefer their ARCs not be resold.

Like most legal questions, there are some situations where you cannot sell an ARC, and even some places ARCs should not be donated to. The most surprising one for many readers might be that ARCs should not be donated to libraries, as they cannot be placed in the library’s collection. Additionally, if there’s an agreement about what the receiver can or cannot do with the ARC, those will have to be upheld. Some online sites, such as Amazon, do not allow the reselling of ARCS, though with larger sites this may be difficult to enforce, and ARCs do sneak through.

At the end of the day, selling ARCs may be fairly clear legally but murky ethically, and there are many issues of intent and impact to consider. If you find yourself in possession of an overflowing amount of these books, here are some great suggestions for clearing them out that don’t include profiting off books that were given to you for free. And if you’re interested in receiving ARCS for yourself, check out this article to get started.