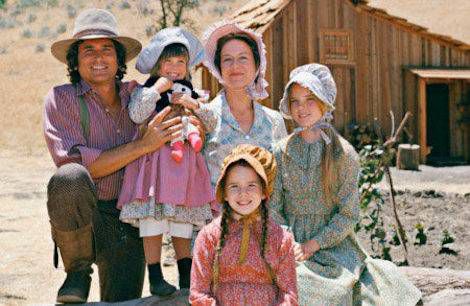 In case you hadn’t noticed, we live in something of a reboot culture these days. It seems as though every movie or TV – or comic – is just a revamped version of something that came before, either a long while ago, or really recently ago. It’s everywhere. In fact, this very article is going to rebooted in about a week with all the same points, but written by a younger and hotter writer, flown in directly from The CW.

Lots of people bemoan our endless world of reboots, insisting that we need all-new stuff. Other people like just getting another rendition of a thing they already enjoyed. In truth, I fall somewhere in the middle. Reboot or not, adaptation or not, I try to take each thing on its own merits or failings and go from there. Partially because I’m deeply suspicious of nostalgia, but also because it just seems sensible. On the whole, I don’t see the need for reboots. Why not just make something new? But I get why they happen, and I just roll with it. Now and then, good and clever work comes out of it.

However there is one use I can see for it, one that hasn’t been revisited, and that’s Little House on the Prairie. 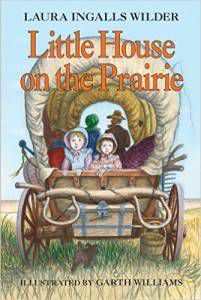 To imagine my copy, picture this cover, but sun-faded and battered. Sorry, book

I don’t know what your familiarity is with Little House on the Prairie, but I spent bunch of my childhood in the northern midwest, in a household that was fond of the books, visiting the sites, and watching the TV program. I think it’s most remembered for that TV show starring Michael Landon (who also starred in Highway to Heaven. There was a lot of Michael Landon in my house, growing up. I dunno, folks.).

If you’re not familiar, the books were written by Laura Ingalls Wilder, who had grown up on the frontier, in the area of the Dakotas and Minnesota, in the 1870s and 1880s. They’re novels, loosely autobiographical, following her as the Ingalls family (“Wilder” came later, when she got married.) (Spoiler, I guess?) grows up and the world changes and is built up around them. I only have hazy memories of the books now, but they were pretty integral in my childhood, and I have fond memories of them.

The TV program I remembered less about, except that I found it boring. This I’ve confirmed by bumping into it once or twice on cable and being a bored adult while it’s on. Little House on the Prairie was never a dark and gritty set of novels (and that’s okay), but the TV show acquired the “everything is neat” quality that older programs like the Andy Griffith Show had. Which is boring, or at least pretty outdated.

So what if we rebooted it? A brand-new look at the growing up of a family, and their struggles, on the harsh northern midwestern frontier? I want it to be more realistic, a sharper look at a family’s struggle in this time period, what life would’ve been like on the frontier. Anyone who’s read anything about frontier life can attest that it’s varied, brutal, and fascinating, in equal measures. All of that, through the eyes of one family and particularly one girl (who grows as the show goes on), and you have a great long piece of work.

I don’t think it would be all that hard to make. A lot of the show is set in the wilderness, on the frontier, which rather limits what sets you have to worry about. And anything done with visiting bigger cities and replicating the time period can be done sparingly, and with a lot of computer work. It’s amazing how doable it is to create a living, breathing past on television these days. So mostly you’ve got their cabin in the woods, and the adventures they have out and around it. Later on, you have a small town begin to grow and flourish…but that’s a several-seasons-long process, which downplays the cost and makes it pretty doable. And I should know, for I have produced exactly no TV shows whatsoever.

So what I want to see here is a TV show that can fully explore all of the stories that are in the books, but also just use everything about that time period and frontier life and go beyond. There’s so much that could be delved into, and a show like this – a family, right on the edge of a flourishing outgrowth of civilization – provides the perfect setting to explore that growth, to explore the issues that come with it (one group’s “growth” was another group’s “slowly pushed toward reservations” after all), and provides us with a look at how it all affects a family who is just trying to get by as the world changes around them.

I’m not sure anyone else wants to watch this, but I’ve been flipping through the books while writing this article and getting a lot of enjoyment out of imagining scenes on TV so, dammit, I wanna see this show. And if TV networks aren’t around to please specifically me, then I don’t know what they’re doing, frankly.