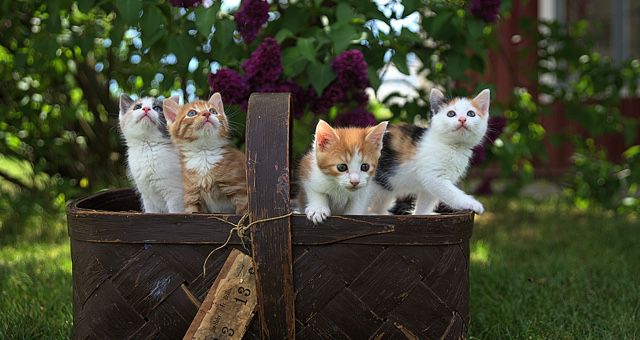 As a long-time cat lover and current manager of five felines, whenever the opportunity to talk about cat names comes up, I can’t help but get excited. When working through potential names for our kitten, we ran through a number of literary cat names as possibilities—and we ended up choosing Felix, after the comic character and cartoon. It was one of many literary cat names we considered and we realized it was the purrfect name for the adventurous little tuxie.

Whether you’re getting a new kitty or are helping someone make an important decision on what to call their new furball, let this list of literary cat names be inspiration for giving that feline an excellent identity. I’ve included subcategories here, including names for a pair of cats or a trio of cats that correspond to literature in some capacity. This list includes names of actual cats in the books, as well as other names and references from the books that would make for excellent names. There are excellent fictional cat names and nerdy cat names to enjoy from all kinds of books.

Not included on this list are cat pun names because that’s been well covered. How fun would it be to give your kitty one of those punny and creative names? 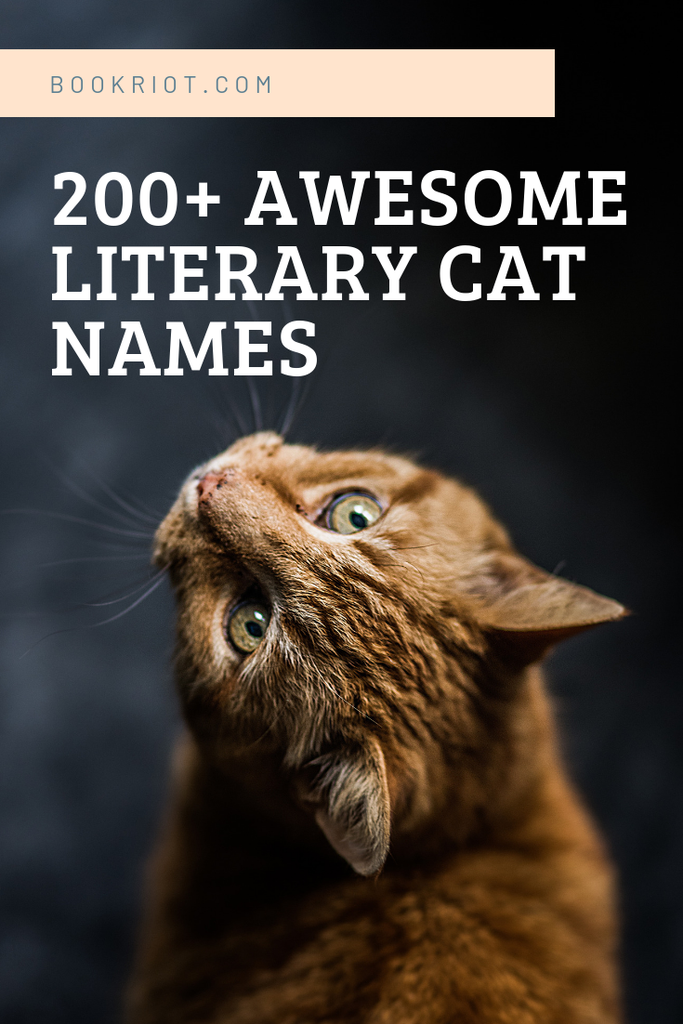 Literary Cat Names Based On Classics

Fictional Cat Names Based On Contemporary and Genre Books

Cat Names Based On YA Books

Nerdy Cat Names Based On Comics

Cat Names Based On Authors

Here’s a nudge to adopt your new pets, rather than to shop for them. You can find the perfect adoptable pets on Adopt a Pet. It’s also worth noting that adopting senior pets can be a tremendous gift for both you and the pet you bring into your life. See if you can find a local shelter that specializes in pets 7 and older and consider giving one of those furry friends their forever home.