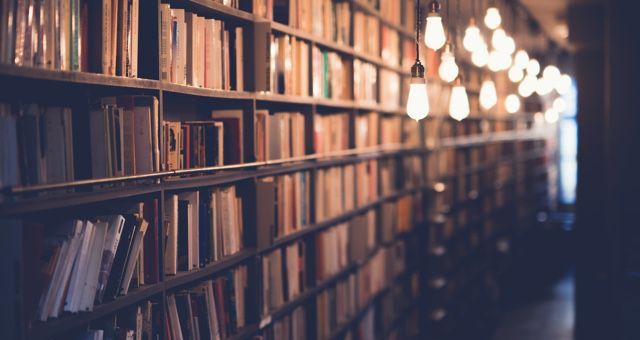 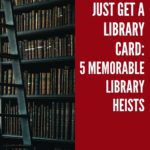 In January 2020, CNN reported that a former employee at the Carnegie Library in Pittsburgh, Pennsylvania, had used his position to steal $8 million worth of rare books and other items over a period of 25 years. That is as terrible as it is impressive. Audacious as this crime may be, it’s hardly the only—or even the most spectacular—library theft in recent memory. Let’s take a look back at some especially memorable ones! Some are grand in scale while others are just plain weird, but all (minus one) hold the same secret lesson: if you want to enjoy rare and beautiful reading materials, just get a library card like the rest of us. 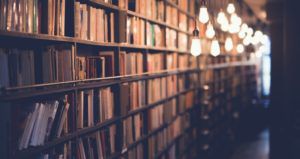 There have been many epic library heists, but only one thief earned the title “the Book Bandit.” Stephen Blumberg, a very rich man with a very poor way of showing his love for the written word, spent years roaming North America stealing books. By the time he was arrested in 1990, he had absconded with $5.3 million ($10.6 million in 2019 dollars) worth of books from 45 states, the District of Columbia, and two Canadian provinces. From the University of Oregon alone, he pilfered a whopping 9,000 irreplaceable documents detailing the lives of Oregon’s earliest white settlers.

As punishment for perpetrating what is still the most expensive library heist in history, Blumberg received a 71-month prison sentence and a fine that amounted to a fraction of his thefts. He’s been in and out of trouble for stealing ever since.

In 2011, Marino Massimo de Caro was appointed the director of Biblioteca Girolamini, Naples’s oldest library. He came with an impressive list of credentials, including a royal title and a professorship at the University of Siena.

I’ll just skip to the punchline now: de Caro had neither of those things.

What he did have was a bunch of greedy and unethical friends with whom he would turn off the security cameras every night and raid the place. Within a couple of years, the Girolamini was a shambles of empty shelves, paper-strewn tables, and mounting trash. A dog was even seen roaming the premises.

Before their arrests, de Caro and company made off with millions of Euros worth of rare books. Some pieces remain missing to this day. So if you stumble across 16th century copies of Dante’s Divine Comedy or Thomas More’s Utopia, there’s a library in Italy that would like to speak with you.

Sometimes, when a thief steals a book, they aren’t interested in the book as a whole. Our old pal de Caro removed the bindings from several books, both to make them more difficult to trace and because the centuries-old binding was worth more money than the books themselves.

And then there’s Robert Kindred. He started his career as a legitimate seller of antique prints. By 1980, he realized he could make a lot more by taking advantage of many libraries’ lax security and making off with their volumes of rare 19th century prints. After each theft, Kindred cut the prints out of the book, framed them, and sold them for a tidy profit.

Kindred’s career came to an end when he attempted to rob the University of Illinois in June 1980. An astute maintenance worker noticed several books of prints scattered around the library and called the police. How did he notice the misplaced books, you ask? They weighed about 45 pounds each.

For us book lovers, stealing from a library seems like the most dastardly of crimes. But believe it or not, there have been several noble library thefts throughout history. Most of these were prompted by an impending war that endangered the books, causing ordinary people to take drastic measures to preserve them. Abdel Kader Haidara was one such ordinary person.

Haidara had devoted his life to collecting rare Arabic manuscripts from throughout Mali and preserving them at 45 libraries in the city of Timbuktu. The manuscripts covered every topic imaginable, from history and politics to theology and ethics to astronomy and music.

In 2012, Al Qaeda, notorious for its hatred of education, took over Timbuktu and pinky-swore not to harm the manuscripts. Wisely distrusting the word of the homicidal terrorists, Haidara and a small army volunteers and recruits risked their lives to loot Timbuktu’s libraries by night and transport the manuscripts to safety. Their efforts saved hundreds of thousands of irreplaceable manuscripts from destruction.

You can read all about this most magnificent of library thefts in Joshua Hammer’s appropriately titled The Bad-Ass Librarians of Timbuktu.

We’re going deep into the archives for this one—the National Archives in Washington, D.C., to be precise. It is home to America’s most important documents and records. Unsurprisingly, the Archives have been robbed numerous times over the years. Their website has a page dedicated to the most noteworthy thefts.

Among the hall of shame members are President Clinton’s former national security adviser, Sandy Berger, who chopped up documents related to a terrorism investigation, and a surprising number of chuckleheads who got caught when trying to sell their hauls on eBay.

My favorite is Thomas Lowry, who didn’t steal a thing. In 2011, he asked to see a presidential pardon signed by Lincoln, grabbed a pen, and changed just one number. April 14, 1864 became April 14, 1865—the day Lincoln was assassinated. He did this in hopes of upping the document’s value. The fact that he made this list should tell you how well that worked out for him.