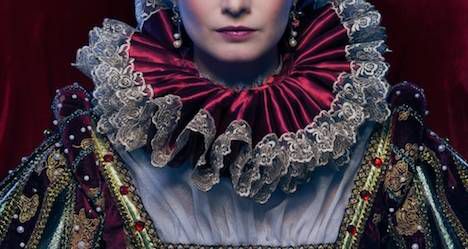 This is a guest post from Melissa Lenhardt. Melissa writes mystery, historical fiction, and women’s fiction. Her debut mystery, Stillwater, was a finalist for the 2014 Whidbey Writers’ MFA Alumni Emerging Writers Contest. Sawbones, her debut historical fiction novel, was released in March 2016. Follow her on Twitter @MelLenhardt.

“There’s no doubt fiction makes a better job of the truth”. – Doris Lessing

It’s a fallacy to say that women have been written out of the history books: we were never written in. Studies have shown that women account for less than 3% of content in a typical American history textbook. The majority of historical non-fiction is written about men and by men. If you based your ideas and knowledge of history only on textbooks and the available popular historical non-fiction, you would think history is one long story of war, with men achieving great things in the respites between battles. The women who do garner a mention are either connected to men (Marie Antoinette) or achieve something so extraordinary they can hardly be overlooked (Amelia Earhart, Rosa Parks). Sometimes, their own achievements are subsumed by their connection to men (Eleanor Roosevelt).

There are millions of women and marginalized people who have been forgotten, people who managed to carve out one little moment of achievement or significance in their life. Should they be relegated to the waste bin of history because they weren’t deemed noteworthy? Martin Luther King was able to convince President Johnson to push the Civil Rights Act because of the of men and women who sat at at lunch counters, returned year after year to register to vote even though the requirements were constantly changed, and refused to give up a seat on the bus.

Luckily, we have fiction to fill the void. Women have been writing historical fiction featuring real and fictional female characters for years. It’s the job of history books to tell us about the overachievers; it’s up to fiction to tell the smaller stories, to remind us that everyday courage matters, too.

Fiction has a critical role to play in showing the perspective of women and marginalized groups, as well. Our point of view may have been silenced in the official historical record, but we can mine diaries, letters, and newspaper archives to find stories of everyday women like us. We can discover the real human cost of history in ways that textbooks cannot, and that so much non-fiction does not. The challenge lies in going deeper than many of these personal records allow to poke at the ashes of burnt letters and journals that dared show anything other than the morally upright narrative assigned to women, to dig beneath the social norms of the day and see the rough edges that have been sanded away by myth. We were there. We were human and flawed. We contributed. Our perspective matters.

Of course, none of this was on my mind when I started writing my historical novel Sawbones. I wanted to tell a compelling story from a unique perspective and maybe shatter a few myths of the Old West along the way, the biggest being that women weren’t active participants. My heroine was fighting to tell her own story and to define her narrative and identity in a world that wasn’t interested in either. The deeper I went, the more frustrated I became with how little has changed for women. We have the right to vote, and many more rights and freedoms than women in the 1870s, but we’re still fighting the same patriarchal attitudes. Why? Because we haven’t controlled our narrative. Historical fiction mustn’t just tell a compelling story; it should challenge the narrative men and society have told for generations and work to shatter the myths they continue to cling to.

It was a breath of fresh air when I read Glendon Swarthout’s novel The Homesman, and later watched the movie adaptation starring Tommy Lee Jones and Hilary Swank. The Homesman doesn’t portray the settling of the West as a noble undertaking by resilient pioneers. Instead it focuses on the loneliness and despair of the women who had no escape from their hardscrabble existence. Deadwood, the brilliant HBO series by David Milch, brought gold rush mining towns to life in all of their crowded, dirty, profane, and violent glory. Mercy Street, the PBS series entering its second season, takes the Civil War off the battlefields and places it in a Richmond, Virginia Army hospital and explores the difficulties faced by Union and Southern sympathizers forced to work together despite their differences. Each one challenges a historical myth by telling smaller stories through the eyes of the marginalized and forgotten historical figures.

The history books have failed us, but fiction doesn’t have to. We must tell the smaller stories of everyday women and marginalized groups to show how far we’ve come, how far we have to go, and to illustrate our shared experiences across generations. In fiction, we have the chance to not only inspire women with what we’ve achieved, but to also fight the myths embedded in our past and replace them with a new truth. With every story we write, whether inspired by real people and events or by our boundless imaginations, we combat the lies of history by embedding history into the lies of fiction.