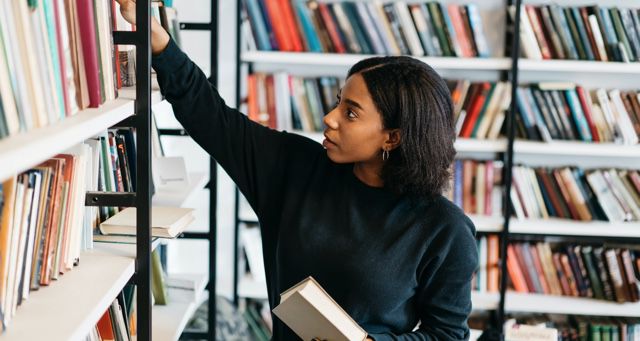 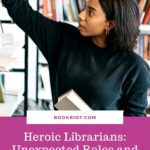 There’s no doubt that librarians are some of the best people in the world. They are well read, harbingers of information, and creators of safe spaces. They maintain and teach technology, host gamer battles, sponsor workshops on making podcasts and curating websites and much more. Librarians organize databases and community events. Not to mention they can help you with your taxes.

Turns out they are more than the angels of our communities; they’re spies in disguise. In World War II, librarians were sent to neutral cities in Europe like Lisbon and Stockholm to help gather intelligence. The spies presented themselves as American officials collecting materials for the Library of Congress in order to “preserve the records of the present crisis.” In this way, they were able to get their hands on all kinds of printed information to send back home on microfilm to aid to American and Allied intelligence.

During the Great Depression, librarians would not be stopped in serving their impoverished communities. The Pack Horse Library initiative put librarians on the backs of horses with saddlebags stuffed with books and periodicals into the rural Appalachian Mountains of Kentucky. They would set up “libraries” anywhere community members volunteered space, from churches to post offices. At least twice a month the pack-horse librarians would ride out 100 miles or more to the libraries to update the materials. Picture books were some of the most popular and well worn because of the high rate of illiteracy in the area, which decreased dramatically as a result of this program.

In more recent history, Ferguson Municipal Library stayed open during the violent protests following the shooting of unarmed teen Michael Brown in 2014. They wanted to provide a safe space for rest, wifi, and water for community members. During this time they also served as an impromptu school after learning that classes were cancelled. It was their goal to be a safe haven.

Speaking of librarians keeping things safe, in 2012 Yvonne Cech, a librarian of Sandy Hook Elementary School, protected 18 fourth grade children and three staff from a school shooter by locking them in a storage closet and barricading the door. She refused to open it until officers could verify their identities. In so doing, she saved a lot of lives that day. Cech also influenced another librarian, Diana Haneski of Marjory Stoneman Douglas High School in Parkland, Florida, to keep doors locked during a shooting until the identities of people outside could be verified. Haneski protected 50 children and five adults in an equipment room during the shooting.

Keeping track of books and information has been a long known part of being a librarian, but for a librarian in the Sierra Nevada Mountains, her job extends to tracking the local bear population. Virginia Sanchez, the librarian of Yosemite National Park, often goes on bear team expeditions with park rangers to track bear cubs and changes in the bear population.

Currently, there are librarians going outside their job descriptions to help communities all over the country. People experiencing homelessness often seeks refuge in public libraries to escape the extreme cold or heat of their environment. Once inside, librarians can provide them with programming to help foster better social connections and encourage education. They could take advantage of programming on applying for government benefits or jobs, programs on health, and mortgage or rental assistance. Librarians can be valuable references for helping people who are homeless to secure shelter, food, or medical care.

Another role that librarians take on outside of what is expected is their fight against the opioid epidemic. Often, drug users will show symptoms of overdose in the library. Librarians have been volunteering to be trained on how to administer Narcan, a drug to counteract the overdose, so that patrons can have enough time to recover until EMTs arrive on the scene. Then those librarians would go back to work helping children learn how to use the printers or assist patrons in finding resources they were looking for.

Librarians respond to the needs of their communities, no matter whether those needs are espionage, toting saddlebags of books to the mountains, cub counting, or protecting the safety of their patrons.