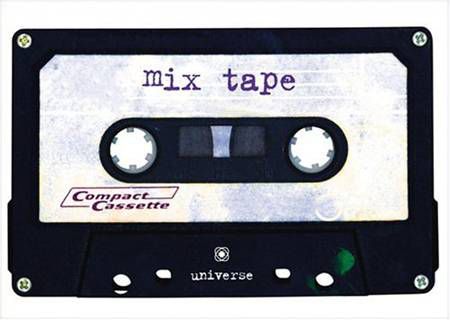 I loved mixed tapes as a teenager. My favorites were a punk collection a friend who had recently gone off to college gave me (which oddly included Willy Nelson’s On the Road Again) and a sing-a-long mix I made for driving around my fellow cheerleaders. Each tape was made for a specific purpose and with a specific audience in mind.

Shortly before learning about StoryBundle (which is sort of like an indie/garage band mixed tape) I finished Nick Hornby’s High Fidelity, and had started to think about how choosing and recommending books is a lot like making a mixed tape for ourselves, friends, and crushes.

Sometimes we are looking for more than a single book recommendation; we want to jump head first into an author’s oeuvre or expose a friend to a specific subject matter–maybe you are obsessed with bees and want to know everything about them. A list of books to read – much as you’ll find on a college course syllabus for additional reading – is only so helpful. Just because you have the list doesn’t mean you know where to start. Recently I asked to borrow a friends copy of The Best of Asimov, he instead lent me Robot Visions and Robot Dreams since he thought I’d be more inclined to continue reading Asimov if I read these first. That’s what a mixed tape does better than a single recommendation – it gets you immersed.

It’s somewhat easier to recommend a stand-alone book than it is to think about each recommendation’s relationship to others in a list. This idea of a curated reading list further embedded into my brain as commenters recently made suggestions of Arthurian Legend to Kim Ukura. We were all just giving her a list of books we had liked. What Kim and her sister needed were two different lists designed specifically for each of them including a suggested reading order. Mists of Avalon, for example, is a wonderful book on its own but really shines if you have a sturdy knowledge base to the original stories (for her sister) or gender-roles of dark ages (for Kim); so it’s probably not the best book out of the gate for either of them.

And while I’ve read a few books on Rebecca’s A Short Course In Getting It On (and the follow up post) I still found myself looking at the list wondering which books would be best for me – where should I start, which ones would I enjoy, and which ones would send me further down the rabbit hole? And why hasn’t she made me this list already?

A recommendation is a one-off; it’s suggesting Carla Thomas to someone who tells you they love Otis Redding. Many of my friends are soul and jazz lovers; they find their favorite songs because that guy played trumpet for this and then released a solo album on which the drummer also played for this other completely different sounding band. All that discovery comes from research and talking to a friend who shares the love of an album and then makes a mixed tape of even more cool stuff they found, like one titled “Funk with The Funk Brothers” which, instead of the hits the Motown backup band played on, is a collection of their moonlighting work with Jackie Wilson, The Parliaments, and John Lee Hooker.

When a friend emails for some reading suggestions while laid-up with a broken leg, we might get stuck deciding if they’d prefer Knit Your Own Cat more than The Cat Who Came to Breakfast. But if we like cats too, isn’t it more fun to show up with a bunch of books you picked out specifically for them that includes Old Possum’s Book of Practical Cats, Dewey: The Small Town Library Cat Who Touched the World, and The Devious Book for Cats.

We see an attempt at curating book lists all the time online like the ones mentioned in The Worst Book List for Women and the 100 Classics everyone should read (even though those often have overlap within a single list  – read the Complete Works of Shakespeare AND Hamlet!). But they’re not personal – they’re just a list. 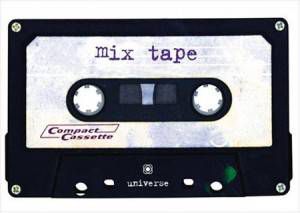 A mixed tape was always more than that. The feeling of giving or getting a mixed tape as a teenager in the 90s was awesome. You were either filled with pride at this thing you made and excited it was going to cement your friendship over a love of the same music, or you were thrilled someone had thought of you enough to take the time and make a tape for you. They only difference is the medium … and instead of a finely decorated cassette cover to go with the mix you now get a hand-decorated ereader cover.