Assuming here that SFF is your jam, of course. But here are six Black indie SFF writers out there (indie meaning small press and self pub) who deserve way more attention than they’ve been getting. Give their books a look!

A genre polymath who does crime, horror, and SFF, she brings a delightfully pulpy twist to everything she writes, whether it’s mashing up fantasy or science fiction with mystery or penning weird westerns. (Her website is here.) But if you give one book a shot… 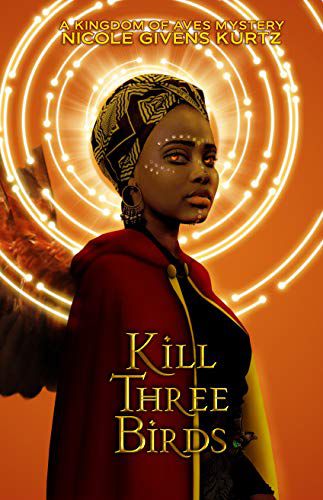 First off, I cannot get over this cover. (The cover for the sequel, A Theft Most Fowl, is also gorgeous.) Second, we have winged people following a Phoenix goddess, with a caste system that’s laid out as kind of birds. And our main character, Prentice Tasifa, is a Hawk, gifted with the supernatural ability to see things others can’t. And then it’s a well written procedural mystery where Prentice has to hunt down a serial killer.

An essayist and short story writer with an absolutely irrepressible sense of humor and a determination to have fun in spite of any slings and arrows the world might throw his way. (Here’s his website.) But if you’re going to read just one book… 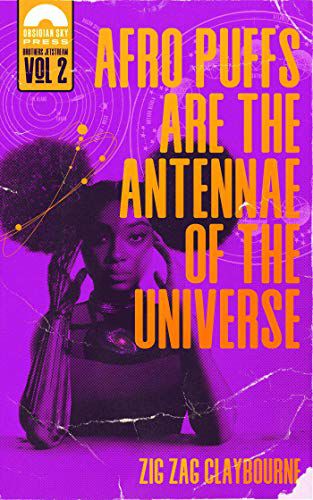 Technically, this book is the second of its series (the first is The Brothers Jetstream: Leviathan) but Zig Zag himself has described it as “Four women accidentally create an AI goddess, then destroy capitalism with the help of a telepathic octopus.” I am not strong enough to withstand a pitch like that; it’s space opera that can, without a trace of irony and with all joy, be described as a romp.

She describes herself on her website as “if Liz Lemon and Chandler Bing had a baby and she was black, that’d be me.” She writes both urban fantasy and a wonderful mashup of fantasy and science fiction that involves dragons, which you can bet is what I’m about to recommend to you: 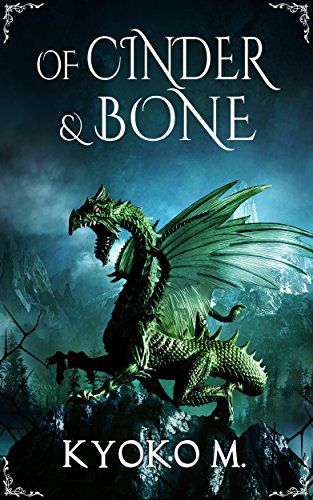 Of Cinder and Bone by Kyoko M.

A book with a distinct Jurassic Park vibe, except in dinosaurs, we’ve got dragons…probably the only thing out there more dangerous that scientists could choose to resurrect. Humanity breathed a sigh of relief when the dragons were hunted to extinction in the 15th century, but then Drs. Jackson and Anjali brought one back. And then it got stolen. By yakuza who want to clone it. All of this seems like a bad idea.

The four-book series this one starts is now complete.

I’m most familiar with Maurice’s work as an editor; he was one of the team of three that edited People of Colo(u)r Destroy Horror and he edited an urban fantasy crime anthology called Streets of Shadows. (Here’s his website.) But he’s also one heck of a good writer of short stories, novellas, and books, and I will never be over… 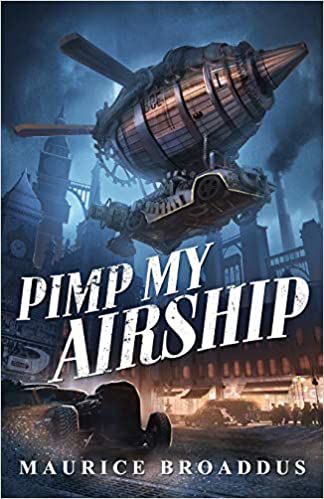 Pimp My Airship by Maurice Broaddus

This is a steampunk book, but it’s not your average “spray of gears that hides unchallenged colonial ideas.” It’s a tale easily described as rollicking to go with absolutely delicious prose, which touches on racism, the media, corporate greed, and mass incarceration. The main characters are a poet and a professional protestor. I cannot recommend this enough.

If you want your sci-fi to be space opera on the social side with just a touch of romance (and a little bit of gore), that’s where Maquel is a Jedi, though she has taken a detour with a book about Millennial vampires having a generational issues with their elders. (Her website is right here.) My favorite is: 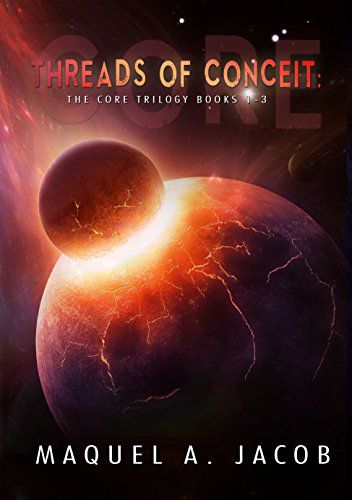 Threads of Conceit by Maquel A. Jacob

This is actually the entire The Core Trilogy as an omnibus, which maybe is cheating on my part, but who doesn’t love a finished series? You’ve got gender shifting, aliens, betrayals, two leaders who have no idea how to govern, and a lot of messiness as a result. Together, they can probably fix their problems-—and fall in love—if they can set aside their differences first.

Dustin Cummings is a debut author at Shadow Spark Publishing. In his day job, he’s an assistant professor of surgery (per his website), which leaves me absolutely gobsmacked that he’s dived straight into such a massive sci-fi journey instead of dipping his toes in with short fiction like a lot of us have. 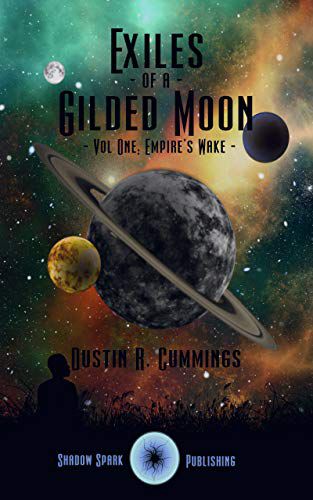 The first book of what promises to be an epic series with a literary sensibility, this starts the journey of a young man named Darshima who is from a very complex and tradition-bound society. While he’s trying to figure out how to take his place as an adult, everything he’s ever known is destroyed in a brutal invasion by an heretofore unknown empire that enslaves him and takes him to a distant world. First he must survive, then he must break an empire.