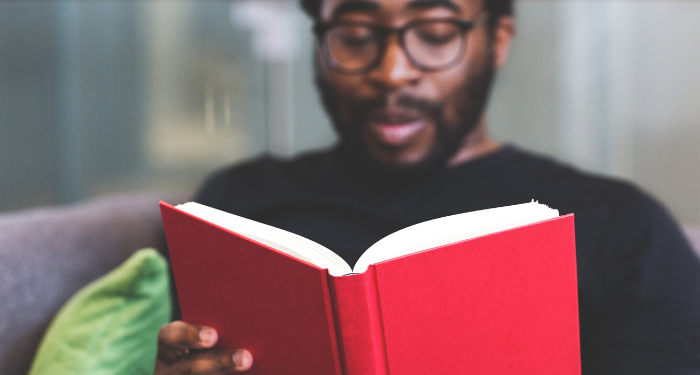 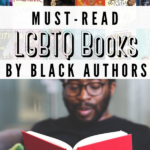 The phrase “decolonize your bookshelf” has come into common reader vernacular in recent years. What it means is simple: evaluate the kinds of books you’re reading and make sure they aren’t all reflecting a white, western—AKA colonizer—point of view. Beyond that, though, I think it’s easy to fall into the trap of thinking you’re doing enough, or reading widely enough, if you’re reading books that are non-white or non-straight or non-male. But is it really? Because it’s easy to miss the intersection of identities—or miss certain identities entirely—if you accept that as enough. What about nonbinary authors? Black queer authors? Disabled authors? Neurodivergent authors? Queer experiences, for example, don’t necessarily look the same for any two people—especially if one of them is white and another Black.

With Pride Month in the rearview mirror,  it’s also a great time to reexamine your TBR and your bookshelves—make sure the books you’re reading don’t solely reflect one identity, whether one portion of the LGBTQ community or mostly white authors. Diversifying your bookshelf is incredibly important. It widens your worldview, helps you reevaluate ingrained biases and beliefs, and, hopefully, exposes you to incredible new authors and books you might not have discovered if you only ever explored stodgy old lists of classics featuring solely straight cis white authors. And these 20 Black authors of LGBTQ books are a great place to start, exploring experiences, both fictional and non, of what it means to be queer and Black.

They include some of my personal favorites, some classics, and some on my TBR that I still really need to get around to, because I have over 1,000 books on my Goodreads Want-To-Read shelf (bet you can relate). From joyful stories about queer Black girls to memoirs of what it means to be Black and gay, these authors present incredible and affirming stories to read now or anytime. 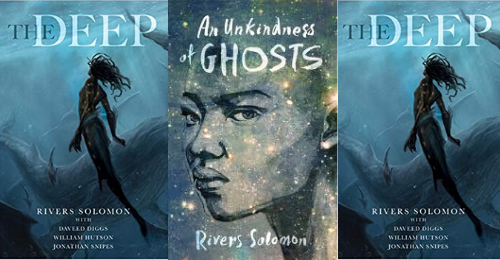 One of my favorite speculative fiction writers, Rivers Solomon writes about identity, the legacy of generational trauma, family bonds, love, and queerness—all wrapped up in incredible tales of spaceships and mermaids. Their book An Unkindness of Ghosts tells the story of Antebellum horrors repeating themselves on a spaceship. It’s a haunting, powerful read. The Deep, a novelization inspired by and in collaboration with the Hugo-nominated song of the same name by the hip hop group clipping. develops a mythology for the children of the pregnant African women thrown overboard from slave ships.

Note that both of these books deal with some potentially traumatic subjects, so make sure you look at reviews and trigger warnings before reading if that could be an issue. 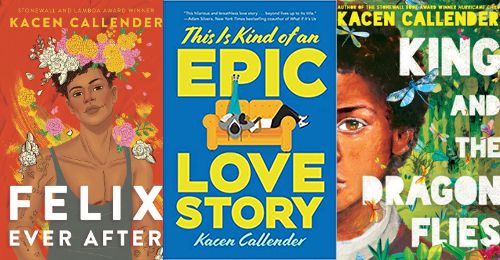 Kacen Callender is a powerhouse of today’s queer fiction, writing books spanning from middle grade and YA to adult. Their newest book, Felix Ever After, is a story about a queer, black, trans teen looking for his own happily ever. Most of their books explore queer identity in some way—Hurricane Child, This is Kind of an Epic Love Story, King and the Dragonflies—and explore heartfelt stories of identity and belonging. 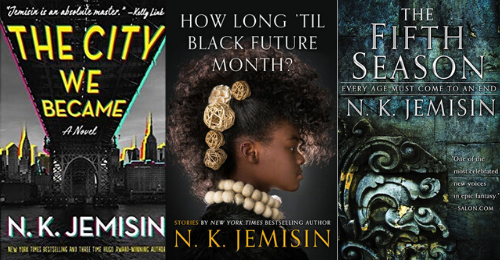 You probably know N.K. Jemisin for her incredible work in SFF (unless you either live under a rock or eschew sci-fi and fantasy altogether) but her writing also often includes powerful queer story lines. Her most recent hit The City We Became, about the living avatars of New York City and its boroughs, includes multiple queer characters fighting hard to save the city they love. Jemisin’s excellent short story collection How Long Til Black Future Month? and fantasy series The Fifth Season also feature incredible characters, queer and otherwise. 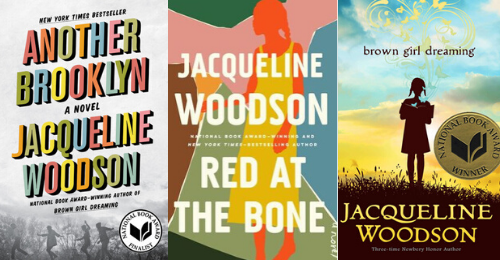 Queer identity is intrinsic to Woodson’s work, as is the beautiful, lyrical prose she’s well known for. Whether exploring adolescence—as in Another Brooklyn—memory and generational identity—as in Red at the Bone—or recounting her own childhood-—as in Brown Girl Dreaming—Woodson’s remarkably insightful and tactile writing brings her stories to life in a way unlike any other. 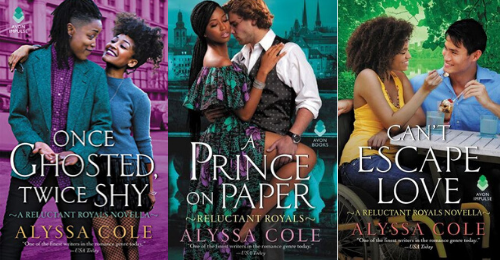 Alyssa Cole is the author who got me into romance with her incredible Reluctant Royals series, about a group of friends and the royals they become inexplicably mixed up with. Several of the books and novellas in the series feature queer characters and stories, including Once Ghosted, Twice Shy (a prince’s assistant and a jewelry maker get a second chance) A Prince on Paper (the underestimated cousin of the new Princess of Thesolo and the bisexual step-prince of Liechtienbourg go from side eye to heart eyes), and Can’t Escape Love (a nerdy bi businesswoman and puzzle-obsessed designer make a deal and wind up falling for each other in the process). 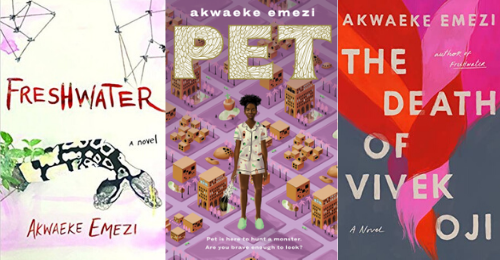 From fabulist literary fiction to young adult fantasy, Akwaeke Emezi has a voice like no other writer today. Their books have haunted and amazed me, and I’m sure they will you, too. Freshwater is the surreal story of a Nigerian woman living with fractured selves and was nominated for the Lambda Literary Award. Pet explores the realities of a society striving for peace to the point of willfully ignoring the monsters in their midst, all from the perspective of a young trans girl. And their upcoming novel, The Death of Vivek Oji, comes out later this year. 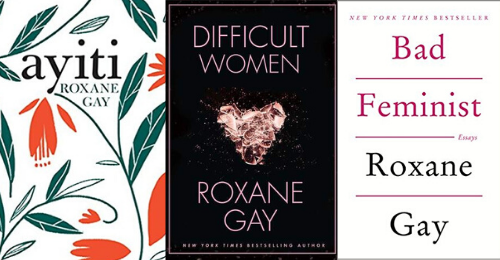 Roxane Gay is a literary icon. Her debut collection, Ayiti, explores the Haitian diaspora through fiction, nonfiction, and poetry. Her short story collection—Difficult Women—and nonfiction—like Bad Feminist and Hunger—are pretty much mandatory reading at this point. (She says, looking guiltily at their longtime spot on her Goodreads Want-To-Read list. But I’ll get to it! And hopefully you will too.) 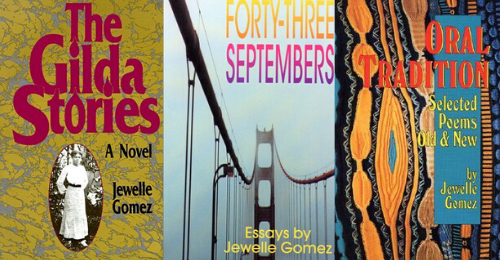 The Gilda Stories has become a modern classic of queer SFF—the story of a lesbian vampire through the ages that earned two Lambda Literary Awards. Her fiction, memoir Forty-Three Septembers, and poetry collections like Oral Tradition: Selected Poems Old and New explore the intersection of her identities as a Black Native American lesbian. 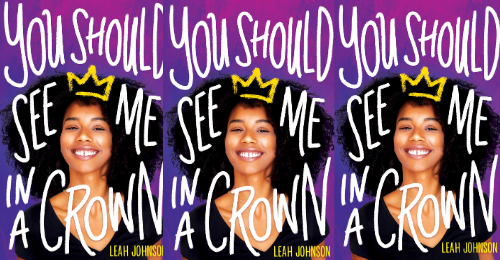 Let’s hear it for Black queer girls in YA! Leah Johnson’s debut novel, You Should See Me in a Crown, is the story of a who needs to become prom queen to win the scholarship she needs to get out of her small Midwestern town. And keep an eye out for her next book, Rise to the Sun, about queer girls at a music festival. 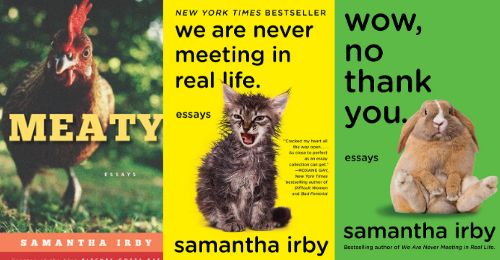 If you want at turns funny, relatable, and heartbreaking essays about what it’s like to be a Black queer woman, look no further than Samantha Irby’s excellent collections about life, love, chronic illness, parenting in suburbia, and surviving adult life in general. We Are Never Meeting in Real Life, Wow, No Thank You, and her original essay collection Meaty are the kind of nonfiction reads that feel like a cathartic conversation with a good friend. 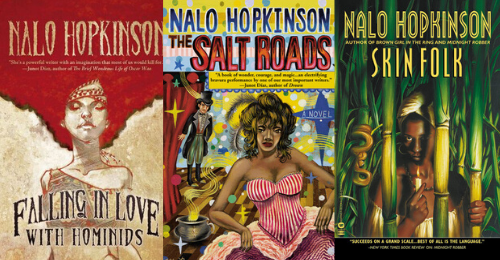 A legend of the SFF world, Nalo Hopkinson’s work explores Afro-Caribbean folklore as well as sexuality. Her short story collections, Falling in Love with Hominids and Skin Folk, feature an array of SFF short stories in her vibrant voice. And in The Salt Roads Hopkinson creates a collage of strong, independent, and fearless Black women throughout history. 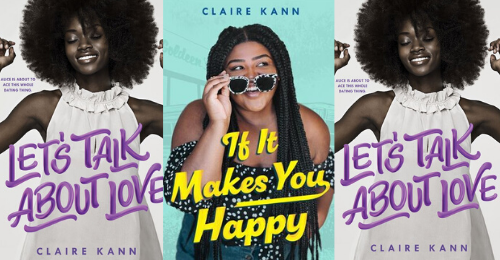 Clair Kann writes heartwarming and affirming books about Black queer girls. Let’s Talk About Love, her debut novel, is about a bi ace girl working at the library and wondering if it’s possible for her crush to work out after a previous girlfriend dumped her for being asexual. A fat, Black queer girl who is not interested in your diet advice, thank you very much, is at the heart of If It Makes You Happy. And, The Marvelous, slated for a 2021 release, is about a group of friends, a game night, and a life-altering cash prize. 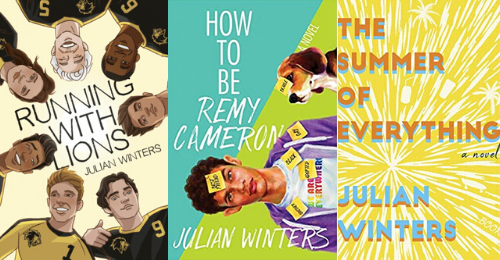 If you’re looking for the most relatable, heartfelt queer YA out there, look no further than Julian Winters. From love on the soccer field in Running with Lions to an exploration of labels and self-expression from an out-and-proud gay teen in How To Be Remy Cameron. And his upcoming 2020 novel, The Summer of Everything, is about a boy on the cusp of adulthood trying to save his beloved local bookstore, salvage a strained sibling relationship, and maybe win over his longtime crush while he’s at it. 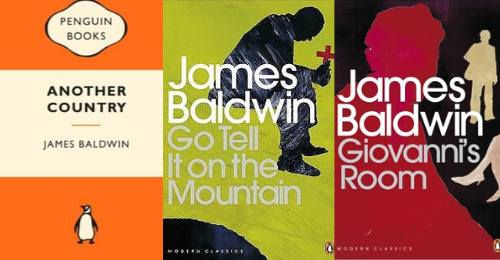 You may recognize Baldwin as an influential writer from the Civil Rights era, but he was also deeply passionate and outspoken about discrimination against gay and lesbian people as an openly gay man himself. From the semi-autobiographical Go Tell It on the Mountain to essay collections like The Fire Next Time, Baldwin is an incisive voice in both Black and queer American history. His novels, like Another Country and Giovanni’s Room, explore love along racial and gender lines and are classics of gay literature. 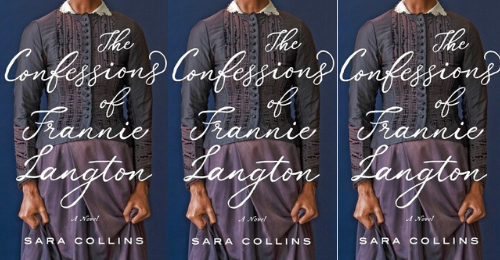 Did you say twisted love affair between a Jamaican maid and her French mistress? No? Okay, maybe you just want to read an incredible gothic romance, then? Either way, The Confessions of Frannie Langton is your book! Sara Collins’s 2019 debut was shortlisted for the Lucy Cavendish prize and winner of the 2019 Costa First Novel Award. With a debut like that, I can’t wait to see what she writes next. 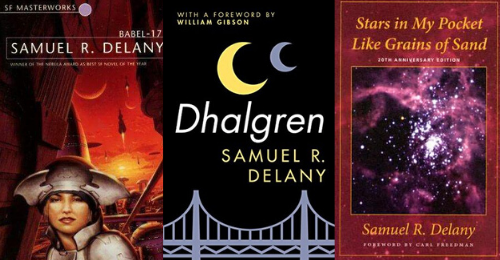 Another classic author of Black queer SFF. I was first introduced to Samuel R. Delaney in a college lit class. His work can be a little on the esoteric side—so maybe not for anyone looking for a light, breezy read—but it’s a classic of the genre for a reason. Babel-17 explores the power of language against the backdrop of an intergalactic war. Dhalgren takes place after a strange disaster begins affecting a Midwestern city, with the marginalized left behind to deal with the aftereffects. And Stars in My Pocket Like Grains of Sand explores gender and sexuality in interstellar politics. 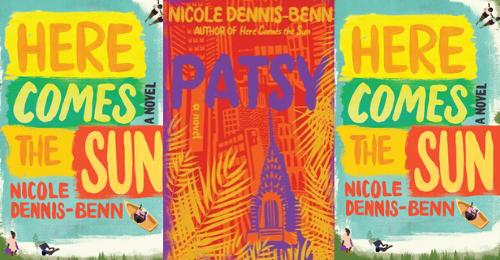 Drawing on her experiences in Jamaica and the U.S., Nicole Y. Dennis-Benn pens beautiful, lyrical stories about life on the island nation and the realities of immigration—all centered around queer narratives. Here Comes The Sun tells the story of two sisters confronting old scars as a new hotel threatens their village. And Patsy is an inter-connected narrative of a mother and daughter separated by an ocean, each coming to terms with the reality of their situation and their sexuality. 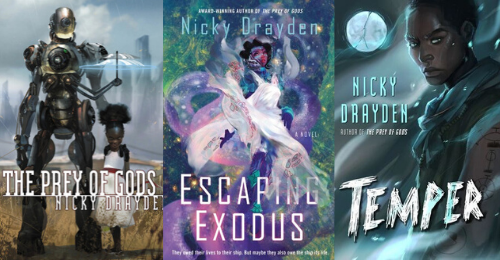 In Nicky Drayden’s The Prey of Gods, a cast of characters, both queer and not, live with the fallout of a technological advanced society whose ancient connections to the gods has been reawakened. And if that sounds like your jam, then you’ll definitely be a fan of Drayden’s writing in general. Her other books, Escaping Exodus and Temper, are similarly full of queer SFF excellence. (Note that her books deal with some sensitive topics, including sexual assault, so read up on trigger warnings first as needed.) 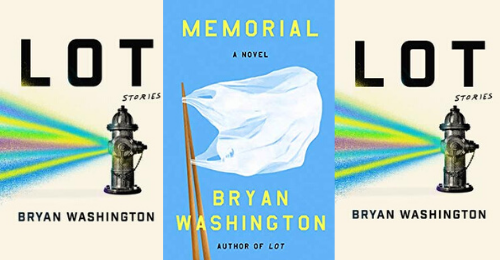 In the mood for literary fiction that isn’t stiff, straight, and oh-so-white? Bryan Washington is your guy. Lot collects Washington’s short stories, depicting Houston life from breakups that affect whole apartment complexes to growing up in the family restaurant and discovering your sexuality. Memorial is a book about family in its strangest forms as Mike leaves behind his longtime partner with his visiting mother in order to visit his dying father in Japan. 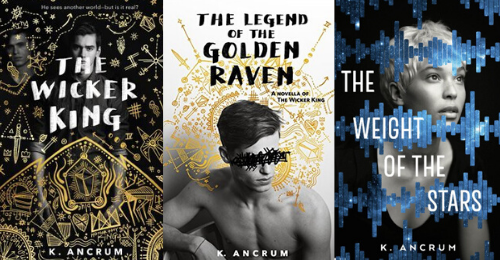 For queer YA reads with a hint of fantasy and sci-fi, look no further than The Wicker King and The Weight of the Stars from K. Ancrum. Bi boys discovering their sexuality while completing quests for the Wicker King, part of an elaborate delusion that has them both questioning what’s real? She’s got that. Girls falling in love with girls while dreaming of a life among the stars? Got it. A modern day Peter Pan adaptation set in Chicago? Her upcoming retelling, Darling, has that covered, too.