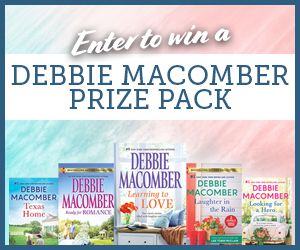 Looking for some cozy romance reads? We’ve got you covered! Book Riot is teaming up with Harlequin.com and Read Bliss to offer up a Debbie Macomber prize pack to one lucky winner, titles include: Texas Home, Learning to Love, Laughter in the Rain, Looking for a Hero, and Ready for Romance! Enter here. 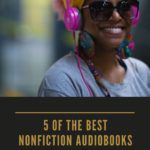 Women with bisexual, pansexual, polysexual, and other bi+ queer identities are frequently left out of the conversation of LGBTQ+ life. Too often, these women are dismissed as just “confused” or “experimenting.” But in reality, no matter who they’re dating, bi+ women’s identities are just as valid and worth reading about as any other queer identitiy. If you’re interested in learning more about bisexual women, or women with other bi+ identities, here are five of my favorite bi+ memoirs and essay collections on audio! 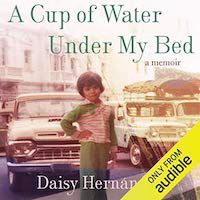 I first picked up this book for my book club at M. Judson Booksellers in Greenville. In A Cup of Water Under My Bed, Daisy Hernández describes her life growing up as the daughter of Cuban-Colombian immigrants and her experiences dating both men and women. Her story gives us an intersectional perspective, chronicling the ups and downs of how her family accepted or rejected her queerness and illustrates how difficult it can be to date both men and women when your family doesn’t understand how you can be attracted to more than one gender. 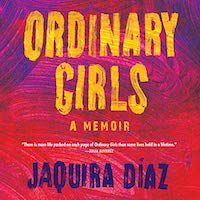 From Puerto Rico to Miami Beach, Díaz paints portraits of the places, and the people in them, that made her who she is today. After her family moves to Florida, her parents separate and she spends much of her childhood feeling as if she had the responsibility of holding her family together. Almarie Guerra skillfully narrates Díaz’s memoir as the story builds on itself, piece by piece, revealing how Díaz comes into her own as a young, queer woman. Fierce and unflinching, Ordinary Girls is the triumphant tale of a queer woman’s strength and journey of learning to love who she is and where she came from.

*Editor’s Note: After publication of this post, we learned that Jaquira Díaz now identifies as a lesbian. 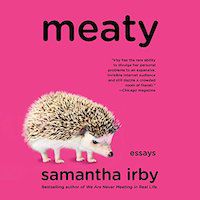 Meaty by Samantha Irby, Narrated by the Author

As a huge Samantha Irby fan, I love every single one of her collections. But if you’re just starting out, I’d recommend starting with Meaty, her first essay collection, which was recently reissued by Vintage. With her new publisher came this beautiful audio edition. In Meaty, Irby shares her experiences growing up as a queer, working class Black woman from Chicago. Samantha Irby’s narration adds the perfect comedic timing and voice to an already hilarious collection. 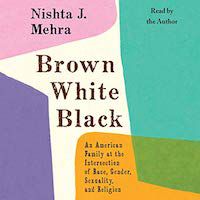 Brown White Black: An American Family at the Intersection of Race, Gender, Sexuality, and Religion by Nishta J. Mehra, Narrated by the Author

The daughter of Indian immigrants, Nishta J. Mehra feels pressure to be the perfect daughter. But when she figures out she’s attracted to both men and women, her parents balk at the idea, praising her when she dates men and criticizing her when she dates women. Eventually Mehra falls in love with a white woman, and they get married and adopt a child together. Brown White Black is a beautiful memoir about the blending of a family, filled with different cultures and backgrounds, defying social norms and expectations about what a “normal” family should be. I found this memoir to be incredibly thought-provoking and meaningful, making me wish I could have stayed with this family for another one hundred pages. 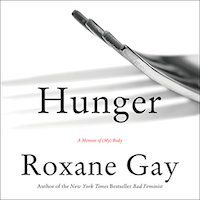 Hunger by Roxane Gay, Narrated by the Author

Written as a series of chapters that read like short essays, Roxane Gay’s memoir Hunger follows her life from an early age, when she was sexually assaulted by a group of teenage boys, to how that trauma affected her life. From her life as a young queer person to her present as academic and cultural critic, Gay’s life has been filled with ups and down, which often reflected themselves in her eating habits. With Hunger, Gay analyses her relationship with food and how that’s changed over the course of her life. Her story isn’t wrapped up in a pretty bow at the end. Instead, Gay presents her story as an ongoing process of personal growth, missteps, and mistakes, giving us a realistic, relatable picture of her life.