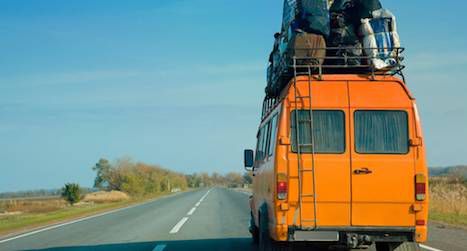 This summer I am going on my first ever road trip (with another actual human being) and…that’s a long time to spend in close quarters with another person. I fully expect audiobooks to be an important part of the trip. One problem: my travel companion reads almost exclusively science-fiction novels and I read almost exclusively…anything but science-fiction? Not exactly an ideal situation So, in a recent audiobooks newsletter (sign-up here!), I asked my fellow audiobook lovers which books might be good for this journey. I got wonderful suggestions and am happy to share them with the world. Without further ado…

(descriptions were taken and/or modified from publisher or Goodreads) 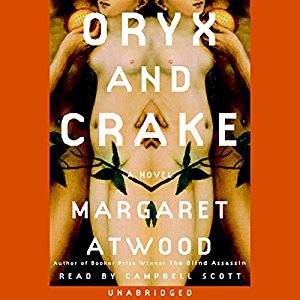 “Snowman, known as Jimmy before mankind was overwhelmed by a plague, is struggling to survive in a world where he may be the last human, and mourning the loss of his best friend, Crake, and the beautiful and elusive Oryx whom they both loved. In search of answers, Snowman embarks on a journey–with the help of the green-eyed Children of Crake–through the lush wilderness that was so recently a great city, until powerful corporations took mankind on an uncontrolled genetic engineering ride.”

“In the more shadowy corners of the world, frequented by angels and demons and everything in-between, Laytham Ballard is a legend…Now a promise to a dying friend has Ballard on the trail of an escaped Serbian war criminal with friends in both high and low places―and a sinister history of blood sacrifices…Ballard must follow a winding, treacherous path that stretches from Wall Street and Washington, D.C. to backwoods hollows and truckstops, while risking what’s left of his very soul.”

“God is change. That is the central truth of the Earthseed movement, whose unlikely prophet is 18-year-old Lauren Olamina. The young woman’s diary entries tell the story of her life amid a violent 21st-century hell of walled neighborhoods and drug-crazed pyromaniacs – and reveal her evolving Earthseed philosophy. Against a backdrop of horror emerges a message of hope: if we are willing to embrace divine change, we will survive to fulfill our destiny among the stars.” 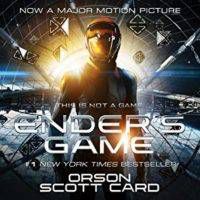 “Andrew ‘Ender’ Wiggin thinks he is playing computer simulated war games; he is, in fact, engaged in something far more desperate. The result of genetic experimentation, Ender may be the military genius Earth desperately needs in a war against an alien enemy seeking to destroy all human life.”

Dark Matter by Blake Crouch
“Jason Dessen awakens to find himself strapped to a gurney, surrounded by strangers in hazmat suits. A man Jason’s never met smiles down at him and says, ‘Welcome back, my friend.’

In this world he’s woken up to, Jason’s life is not the one he knows. His wife is not his wife. His son was never born. And Jason is not an ordinary college physics professor, but a celebrated genius who has achieved something remarkable. Something impossible.”

Being in the wrong place at the wrong time lands 17-year-old Marcus  (aka “M1k3y”) and his friends in a secret prison, detained by the Department of Homeland Security. “When the DHS finally releases them, his injured best friend Darryl does not come out. The city has become a police state where every citizen is treated like a potential terrorist. He knows that no one will believe his story, which leaves him only one option: ‘M1k3y’ will take down the DHS himself.”

“Nobody Owens, known to his friends as Bod, is a normal boy. He would be completely normal if he didn’t live in a sprawling graveyard, being raised and educated by ghosts, with a solitary guardian who belongs to neither the world of the living nor of the dead. There are dangers and adventures in the graveyard for a boy. But if Bod leaves the graveyard, then he will come under attack from the man Jack—who has already killed Bod’s family…” 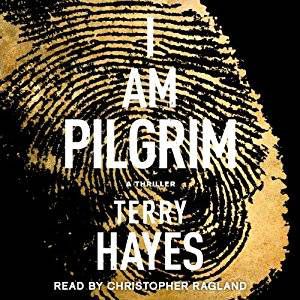 “An anonymous young woman murdered in a run-down hotel, all identifying characteristics dissolved by acid. A father publicly beheaded in the blistering heat of a Saudi Arabian public square. A notorious Syrian biotech expert found eyeless in a Damascus junkyard. Smoldering human remains on a remote mountainside in Afghanistan. A flawless plot to commit an appalling crime against humanity. One path links them all, and only one man can make the journey. Pilgrim.”

“Charles Talent Manx has a way with children. He likes to take them for rides in his 1938 Rolls-Royce Wraith with the NOS4A2 vanity plate. With his old car, he can slip right out of the everyday world, and onto the hidden roads that transport them to an astonishing – and terrifying – playground of amusements he calls “Christmasland.”

Only Victoria McQueen, a child with powers of her own, has ever escaped Charlie’s grasp. That was a lifetime ago. Now Vic is all grown up and desperate to forget. But Charlie Manx never stopped thinking about Victoria McQueen. He’s on the road again and he’s picked up a new passenger: Vic’s own son.”

“Lab Girl is a book about work, love, and the mountains that can be moved when those two things come together. It is told through Jahren’s stories: about her childhood in rural Minnesota with an uncompromising mother and a father who encouraged hours of play in his classroom’s labs; about how she found a sanctuary in science, and learned to perform lab work done ‘with both the heart and the hands; and about the inevitable disappointments, but also the triumphs and exhilarating discoveries, of scientific work.” 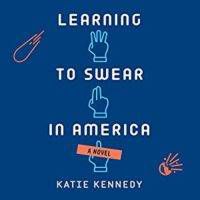 Learning to Swear in America by Katie Kennedy

“An asteroid is hurtling toward Earth…Yuri, a physicist prodigy from Russia, has been called to NASA as they calculate a plan to avoid disaster. He knows how to stop the asteroid…But Yuri’s 17, and having a hard time making older, stodgy physicists listen to him. Then he meets Dovie, who lives like a normal teenager, oblivious to the impending doom. Being with her…Yuri catches a glimpse of what it means to save the world and save a life worth living.”

“Life can turn on a dime—or stumble into the extraordinary, as it does for Jake Epping, a high school English teacher…When Jake’s friend Al, owner of the local diner, enlists Jake to take over the mission that has become his obsession—to prevent the Kennedy assassination. How? By stepping through a portal in the diner’s storeroom, and into the era of Ike and Elvis, of big American cars, sock hops, and cigarette smoke… Finding himself in warmhearted Jodie, Texas, Jake begins a new life. But all turns in the road lead to a troubled loner named Lee Harvey Oswald. The course of history is about to be rewritten.”

“To the nobles who live in Benden Weyr, Lessa is nothing but a ragged kitchen girl…But everything changes when she meets a queen dragon. The bond they share will protect them when, for the first time in centuries, Lessa’s world is threatened by Thread, an evil substance that falls like rain and destroys everything it touches…Now brave Lessa must risk her life, and the life of her beloved dragon, to save her beautiful world.” 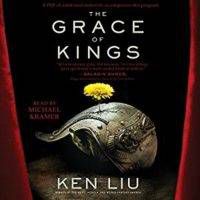 “Wily, charming Kuni Garu, a bandit, and stern, fearless Mata Zyndu, the son of a deposed duke, seem like polar opposites. Yet in the uprising against the emperor, the two quickly become the best of friends after a series of adventures fighting against vast conscripted armies, silk-draped airships, and shapeshifting gods. Once the emperor has been overthrown, however, they both find themselves the leaders of separate factions – two sides with very different ideas about how the world should be run and the meaning of justice.”

“Three strangers, each isolated by his or her own problems: Adaora, the marine biologist. Anthony, the rapper famous throughout Africa. Agu, the troubled soldier. Wandering Bar Beach in Lagos, Nigeria’s legendary mega-city, they’re more alone than they’ve ever been before. But when something like a meteorite plunges into the ocean and a tidal wave overcomes them, these three people will find themselves bound together in ways they could never imagine.”

Lock In by John Scalzi, narrated by Wil Wheaton

“Not too long from today, a new, highly contagious virus makes its way across the globe. Most who get sick experience nothing worse than flu, fever and headaches. But for the unlucky one percent – and nearly five million souls in the United States alone – the disease causes “Lock In”: Victims fully awake and aware, but unable to move or respond to stimulus. The disease affects young, old, rich, poor, people of every color and creed…”

The Domesday Book by Connie Willis

“For Kivrin, preparing an on-site study of one of the deadliest eras in humanity’s history was as simple as receiving inoculations against the diseases of the fourteenth century and inventing an alibi for a woman traveling alone. For her instructors in the twenty-first century, it meant painstaking calculations and careful monitoring of the rendezvous location where Kivrin would be received.

But a crisis strangely linking past and future strands Kivrin in a bygone age as her fellows try desperately to rescue her. In a time of superstition and fear, Kivrin–barely of age herself–finds she has become an unlikely angel of hope during one of history’s darkest hours.”

“In the near future, at a moment no one will notice, all the dazzling technology that runs our world will unite and turn against us. Taking on the persona of a shy human boy, a childlike but massively powerful artificial intelligence known as Archos comes online and assumes control over the global network of machines that regulate everything from transportation to utilities, defense and communication…When the Robot War ignites — at a moment known later as Zero Hour — humankind will be both decimated and, possibly, for the first time in history, united.”