Can’t get enough YA reading? Subscribe to our new bi-weekly newsletter, and you’ll always know What’s Up in YA. 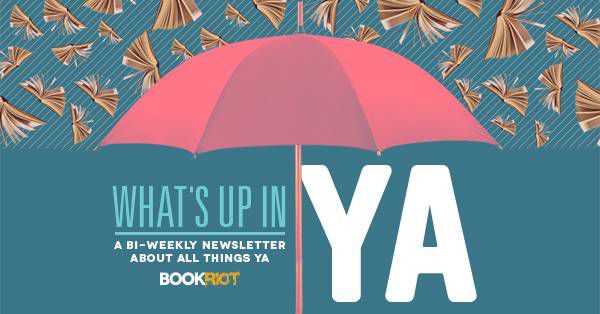 One of my favorite, favorite, favorite topics of discussion when it comes to books and writing is ghostwriting. Genre, age category — the idea of someone writing a book under a different name fascinates me to no end and it doesn’t matter what the book is about. I will spend hours going down research rabbit holes on authorship sometimes. I not only like the mystery, I like solving the mystery for myself, dammit.

I suspect part of it is that I grew up in the era of mega popular book series being penned by ghostwriters. Hello, Baby-Sitters Club (pro tip: you can sometimes figure out who the ghostwriter on a book is by the dedication). Hello, Sweet Valley. And of course, thanks to the Stratemeyer Syndicate, we have series like Nancy Drew and The Hardy Boys.

In honor of ghostwriters week — the first week of March, as it turns out — I thought I’d talk about three young adult books/series that are ghostwritten. 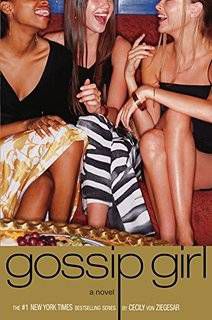 Gossip Girl is a product of Alloy Entertainment, whose mission is to develop ideas that could be sold across a variety of different mediums. A few years ago, this fascinating piece in The New Yorker got me hooked on learning about these book packagers and if this is a thing that at all interests you, enjoy. In many ways, what Alloy is doing at this point in the game is worth keeping an eye on; they might be changing some of the game in terms of diversity and reaching tremendous audiences with it (you can thank them for things like The 100 and Everything, Everything, among others). 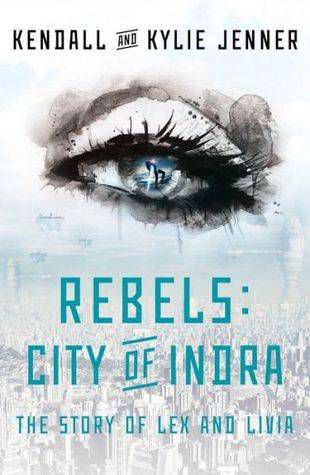 Rebels: City of Indra — The Story of Lex and Livia by Kendall and Kylie Jenner

In what should come as little surprise, many celebrity books — though certainly not all (thanks, Tyra Banks!) — are ghostwritten. In the case of the Jenners, the first book in the reported series “City of Indra” was ghostwritten. The book, which came out in 2014, was met with not just criticism, but it came with a wave of pieces about ghostwriting and why it is this duo “wrote” and “sold” a book.

While we all wait eagerly for the second book in this series (maybe don’t hold your breath here?), here’s a piece from Entertainment Weekly about this particular ghostwriting story.

The ghostwriter, Maya Sloan, published her own book based on the popular “Rich Kids of Instagram” Tumblr. 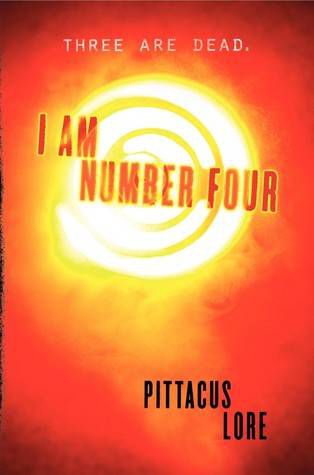 The Lorien Legacies by “Pittacus Lore”

Back when I was a librarian, I ran a teen bookclub in my small town library. It was a handful of older girls — think 17, 18, 19 — and then a few younger boys — 12, 13, 14. The girls were active and engaged; the boys came because it was a place they could hang out; they weren’t really interested in the books nor the girls, but this was a safe space for them (small towns don’t give a lot of those).

One day, one of the boys asked me who wrote the book I Am Number Four because it was the first book he’d read in a long time, he loved it, and he wanted to like the author on Facebook.

And it was then I had to wrestle with telling a little white lie (“Huh, it looks like Pittacus Lore doesn’t have a Facebook page”) or going into the nitty gritty details of the James Frey fiction company. I chose the white lie and made sure to order the next book in the series for that boy, who loved it dearly.

James Frey is infamous for his not-quite-the-truth-at-all “memoir” A Million Little Pieces and those who are familiar with the book industry are likely aware that he has his own entertainment company that operates on the same idea that Alloy Entertainment does. But, if you click the link to the New Yorker Magazine article above, it’s a different breed of company all together. At least when it comes to how the ghostwriters are treated.

I Am Number Four was allegedly co-written by Frey himself, as well as one of his legion of ghostwriters, but subsequent titles in the series have likely been penned under the name Pittacus Lore by various ghostwriters without Frey. This happens frequently with properties that become huge successes and beg for more; the original author (who may or may not be using a real name or who may or may not be a ghostwriter themselves) might have no input or say or direction with subsequent entries in a series at all.

Not all of the books that Frey’s Full Fathom Five produces are ghostwritten, but many of them are, and the real writers behind some of the big titles many readers may not only be familiar with but love dearly are sworn to secrecy on their projects.

They are ghosts, after all.

I don’t personally find anything wrong with ghostwritten books, nor do I have a problem with books that come from packagers like Alloy or Frey’s company. In a lot of ways, they’re tapping into a market that’s hungry and capitalizing on it. Books are a business. Bottom lines do matter, and having big bucks for some titles can open up doors for smaller titles to be picked up.

One thing I think about regularly and wonder: what would happen were we to discover a beloved “author” of a series weren’t the person penning it at all? Fans reacted harshly when Zoe Sugg’s book Girl Online was criticized for being ghostwritten. I can only imagine it would be equally, if not more, challenging for an author who isn’t a celebrity outside the book world.

At the end of the day, though, it comes back to remembering that books, as much as we love them, and authors, as much as we admire and respect them, are in a business and decisions aren’t made in a bubble.

But damn do those decisions sometimes make for juicy stories, don’t they?