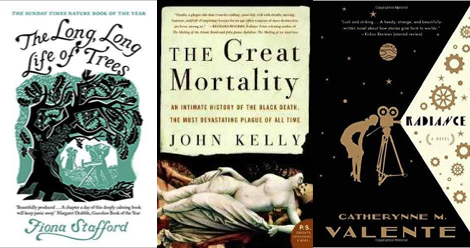 If you’re anything like me, chances are you have more than one book going at any given time. Maybe you’re a member of a book club (or two or three). Maybe you just don’t like to sit through one book from start to finish and need something else to do in the middle to help you get through to the end. Whatever your reading habits are, I would be surprised if there was a time when you weren’t reading more than one book at a time, even if it was by necessity because of school. Read-along book pairings are a way to help me retain my sanity as well as increase reading volume.

This year, I read more than I have in several years because of having multiple books going at once. I read in various formats – kindle, physical copy, and audiobook – all at once. You can get a lot of listening in during a 20 minute commute! By the time December comes to a close, I will likely top out around 80 books for the year. I’d like to up that count next year.

As I mentioned, something that helps me read more is to do in-tandem read-along book pairings. I like to match fiction and nonfiction books that have similar themes and read those at the same time. Whether the pairings make sense to anyone else is usually irrelevant, but I think mostly they are pretty logical. Making these book pairings helps me stay on track with my reading because they are subjects I would be interested in anyway, but the nonfiction side helps to bolster the story line of the novel if I am reading them together. It just works for me, and it helps things move along faster.

Below are a few pairings that I have either already read, or that I am looking forward to in 2018: 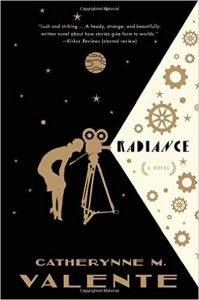 This was a fun pairing because both are set in space. In Valente’s novel, a famous documentary filmmaker and heiress to another director/filmmaker goes missing while investigating the disappearance of a colony on Venus. I thought it paired well with Tyson’s book because his writing style, while written for the layman, doesn’t dumb down the science so much that it renders the information inaccurate, and his sense of wonder and playfulness are a terrific counterpoint. 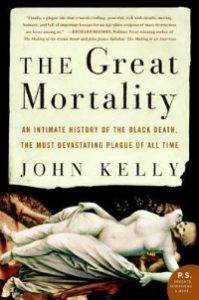 I can’t wait to get my hands on this new book by Walters. It is historical fiction about a woman who is both literate and knowledgeable, so when the plague hits in England of 1348, she decides essentially to quarantine herself and her serfs inside her manor house and ride out the pestilence. As some of you may be aware, I am fucking obsessed with the plague. When I get my copy in my hot little hands, I plan to reread Kelly’s book alongside it, which is an in-depth history of bubonic plague. 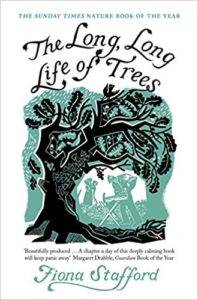 The Scarlet Forest by AE Chandler / The Long, Long Life of Trees by Fiona Stafford

Chandler’s book is a Robin Hood retelling, which I had listed in an earlier post. However, it also made for a perfect read along with Stafford’s book as well. Of course, Chandler’s book is set in Nottingham forest; Stafford’s book is all about trees. Chandler’s book chapters are all named after species of trees. So as I was reading, I went to the chapter in the Stafford book and read about that particular tree. It was fun to learn about the specific variety of tree that was featured in the story for one reason or another, and made the tale itself feel more immediate. It didn’t work out perfectly, as the books didn’t always have a corresponding chapter for every tree (one book had a chapter on apple trees, for example, and the other did not), but it was still a fun exercise. 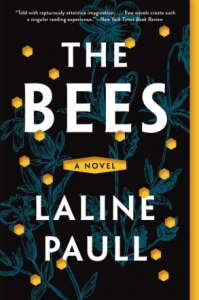 Paull’s novel is all about a rebel bee, Flora 717, a sanitation drone who eventually gets to go out and forage for pollen and feed newborn bees. She is brave and strong, but curious, which is not considered a good trait. In so many ways, this book is a social commentary on a variety of levels from fertility rights to religion, all couched in terms of a really strange and wonderful setting of a beehive. It paired very well with Seely’s book, which discusses the ways in which honeybees literally adhere to a democracy when it comes to their entire existence. It was fascinating. Bees are awesome. Plant more flowers for the bees. 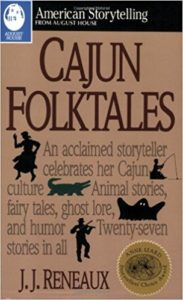 The House of Erzulie by Kirsten Imani Kasai / Cajun Folktales by JJ Reneaux.

I am super excited to read the Kasai novel for a variety of reasons. I dig a novel that is told via found documents, letters, journals, and what have you, read through the eyes of a modern day scholar or ancestor of the letter writer. I also love the atmosphere of a good Southern Gothic novel. Kasai’s novel looks to scratch both of those itches. It’s also published by a feminist small press. More, please. The pairing I am going to read alongside is a book of Cajun folktales. I feel these tales might inform some of the story in Kasai’s novel. I kind of feel like a history on the Creole culture would be a better fit here, but the one that seemed best was also super scholarly and I’m not in the mood for super scholarly right now. 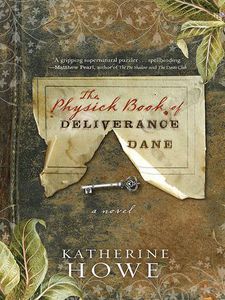 The Physick Book of Deliverance Dane by Katherine Howe / Six Women of Salem: The Untold Story of the Accused and their Accusers in the Salem Witch Trials by Marilynne K. Roach.

Howe’s novel is a delightful dual timeline narrative wherein a graduate student discovers a journal from a Salem witch. The student learns that she is a long lost ancestor of a forgotten Salem witch. I initially read this book when I took a Coursera class, but reread it in tandem with the Roach book. I loved the Roach book because it takes a deep dive into six lives of women of Salem, unlike many other books that give a general overview, or possibly give a deep dive into a specific angle to the Trials but fail to look at the individual lives of the women.

How about you all? Are there any fiction/nonfiction pairings you really enjoyed? Or any that you plan to read in the coming year?