China Mieville is my go-to answer to “Who’s your favorite author?” which is always followed by “What genre does he write?”

And it’s always hard to answer.

I could say science fiction, because his novel Embassytown has aliens and futuristic technology. Or maybe fantasy, because Perdido Street Station has fantastical creatures and magic. But Mieville’s stories never fall directly into these genres. You see, for Mieville, every story is an exercise in destroying boundaries, stereotypes, and traditional genre conventions. It’s kind of his thing.

As an example: in the Bas-Lag series, a giant spider with hands of a human baby spouts post-modernist poetry and travels between dimensions. There’s a race of cactus people. There’s a sword that exists and kills in multiple places at once.

These certainly aren’t generic staples of fantasy. In fact, it feels odd describing these novels as such when there truly isn’t much else in the larger genre like it. Does this really belong in the same group as Game of Thrones or The Lion, The Witch, and the Wardrobe? Thankfully, there is a specific genre that encompasses Mieville’s strange works without boxing it in.

This is New Weird.

After growing tired of the same archetypes, overdone plots, and types of characters, I found the antidote. New Weird exists to overturn cliches and twist the traditional. Robin Anne Reid once described it as fictions that “subvert cliches of the fantastic in order to put them to discomfiting, rather than consoling ends.”

Sound interesting? Let’s see what kind of books, stories, and other media fall into this category. 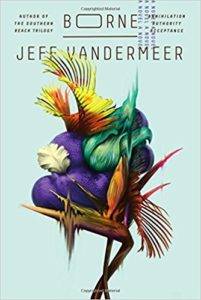 In Borne, the main villain is a gigantic, flying, mutated bear. No, that’s not a metaphor. Mord is truly a mutated bear that can fly and this book doesn’t care if you think that’s absurd. Borne is the perfect solution for your science fiction or fantasy rut. In a world ravaged by biotech gone awry, there’s nothing normal and nothing safe here. Borne himself is a sentient plant creature developing into its own being and bringing danger wherever he goes.

You may think Borne sounds silly. Trust me, it’s anything but. This novel is bleak, harrowing, and sucks you in at every turn. It doesn’t care about what is realistic sci-fi and what fantasy should be—in fact, it turns those tropes on their head. 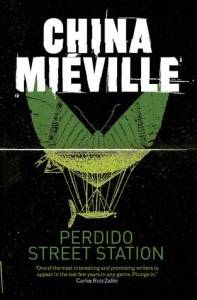 One of the first scenes in Perdido Street Station is a sex scene involving Lin, a creature with a human woman’s body and a beetle head. It tells you instantly that if you’re not ready for that, you definitely aren’t prepared for the rest of the book. I’ve already waxed enough about Perdido earlier in the article so hopefully you’ll get the hint and just get this book already. 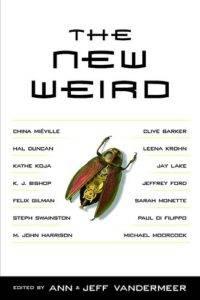 The New Weird Anthology by Jeff and Ann Vandermeer

This one is pretty self-explanatory. The Vandermeers offers many short stories that embody what they believe “The New Weird” to be. With amazing entries from M. John Harrison, K. K. Bishop, and Jay Lake, this is definitely a solid, encompassing introduction to the genre. 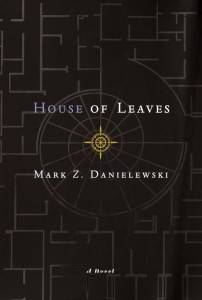 A mark of this category of media is the fact that is transcends genre itself. This is surely the case with Danielewski’s infamous novel, House of Leaves. (It’s infamous for its profound, often eerie effect on its readers. It’s the only book I’ve read that has truly given me nightmares.) It takes the traditional “haunted house” story and creates something never seen before.

House of Leaves is the story inside a story inside a film documentary about a house that shouldn’t exist. The book itself is at times pseudo non-fiction then turns into thriller into horror into mystery into some pages that don’t resemble a book at all. It’s a remarkable exercise in what is and isn’t literature. In addition, it’s sure to leave you with a funny taste in your mouth. 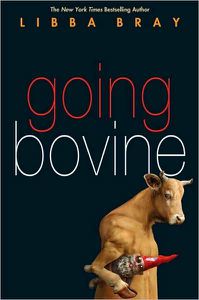 This is one of the only comedies I’ve found in the New Weird genre—and it’s a wild ride. 16-year-old Cameron somehow catches mad cow disease, and understands he only has a little while to live. Then, he starts hallucinating punk angels and going on zany adventures that you’re never quite sure are real. Going Bovine has the feel of a darker, more surreal Hitchhiker’s Guide to the Galaxy. This book says “f*** off” to any semblance of genre and therefore, it belongs with all the other books on this list. 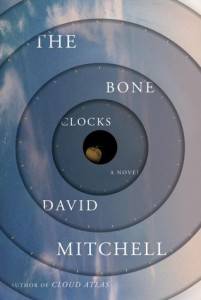 Nearly everything David Mitchell has written can fall into New Weird. You probably are most familiar with his earlier work, Cloud Atlas, which involves six different stories (each belonging to their own genre) intertwining together to create a masterpiece.

The Bone Clocks follows in these footsteps, offering a more cohesive narrative across time, space, character, genre, and more. This blurb from Goodreads explains it well: “A Cambridge scholarship boy grooming himself for wealth and influence, a conflicted father who feels alive only while reporting from occupied Iraq, a middle-aged writer mourning his exile from the bestseller list—all have a part to play in this surreal, invisible war on the margins of our world. From the medieval Swiss Alps to the nineteenth-century Australian bush, from a hotel in Shanghai to a Manhattan townhouse in the near future, their stories come together in moments of everyday grace and extraordinary wonder.”

The Poetry Cloud by Cixin Liu

China’s most prolific sci-fi writer, Cixin Liu, adds to this genre in his novels but particularly in his short story, The Poetry Cloud. Without giving too much away, I’ll say: dystopia, god, poetry, technology, and humanism all interact and coexist in this in various ways you would never expect. 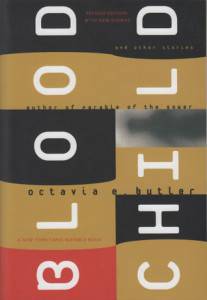 Octavia Bulter smashed expectations and convention in real life as well as in her work. Her short story collection, Bloodchild and Other Stories, is a must-read. The award-winning short story Bloodchild in particular follows a boy child impregnated by an alien race. Talking about turning traditional ideas on their heads—here, Butler examines gender and pregnancy in a way I’ll never forget. 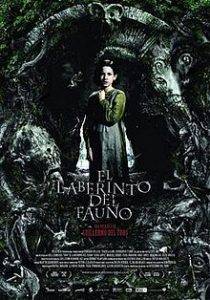 Guillermo Del Toro won my heart by directing the Spanish-Mexican film, Pan’s Labyrinth. He combines state and gender politics with elements of dark fantasy that make for a truly unforgettable experience. It was the first time I’d ever seen yonic (of a vaginal or sapphic nature; compare to phallic) imagery so present in film. Besides this, it also makes fantasy elements such as fauns, demons, and monsters stand able to be taken seriously through a politically engaged lens. 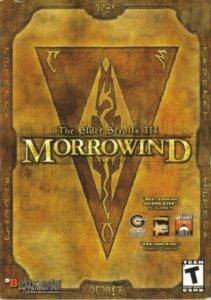 The Elder scrolls (Morrowind in particular) by Bethesda Studios

What may seem at first like a typical fantasy video game series is in fact a valid entry into New Weird culture. As TvTropes beautifully puts it, The Elder Scrolls may seem like normal fantasy at first glance, “but if you start digging into the lore you find things like a gay, time travelling cyborg; a Humongous Mecha powered by the heart of a dead god with an alarming tendency to break time; and an AI from the far future who got caught in the crossfire of a war. Morrowind in particular, [has] things like a fortress made from a giant crab shell and a guild of necromancers who grow giant mushrooms to live in; an incurable disease that makes you immortal; and giant arthropods as the main form of overland travel.”

So, what other gateway media has sucked you into the New Weird universe? Let us know!