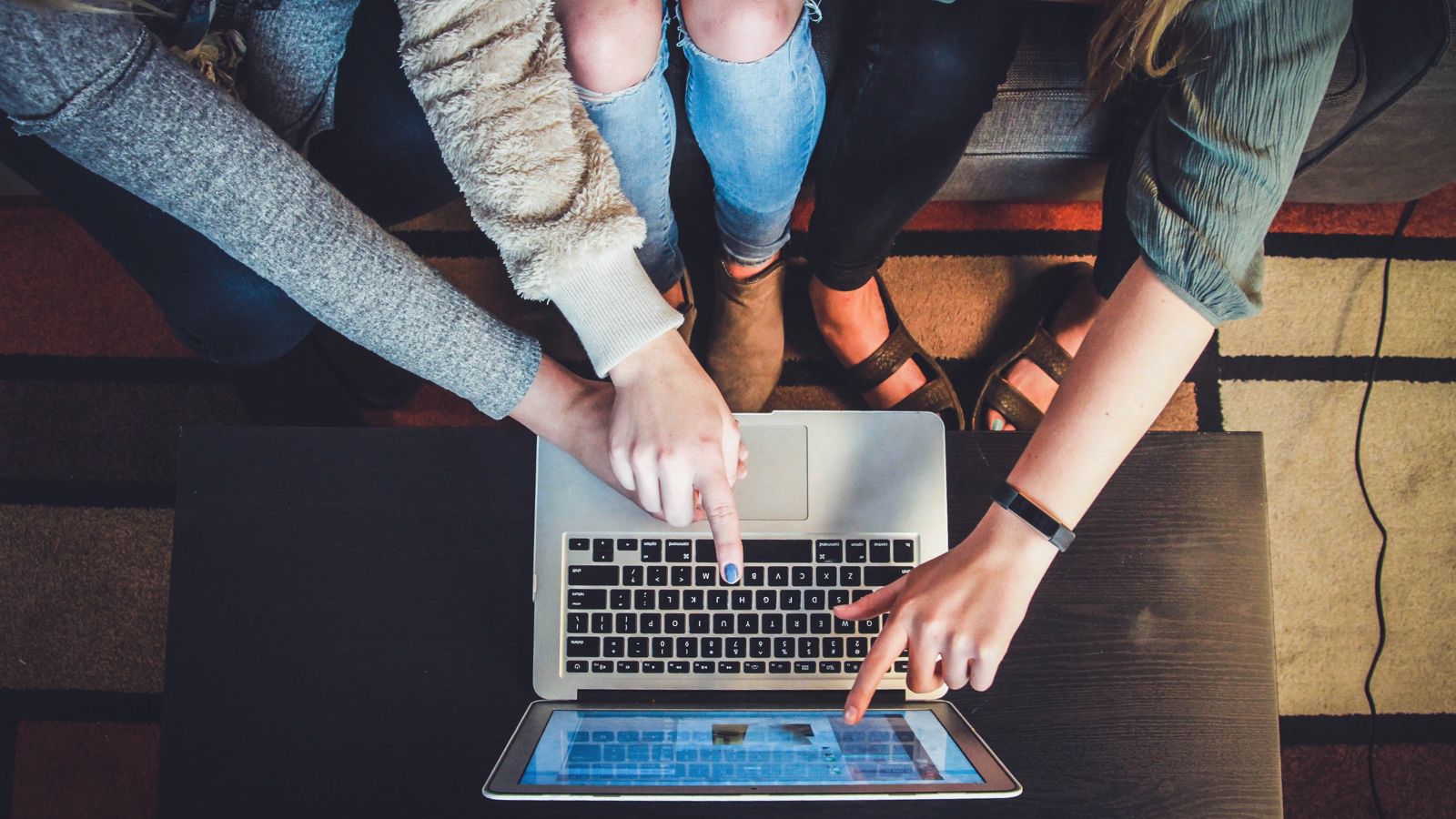 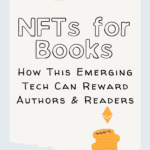 On March 11, an artist called Beeple sold his latest work for over $69 million through the renowned Christie’s auction house. If you follow the art world this isn’t anything to raise your eyebrows at…except that unlike most art sold at these prices, this work was digital, sold as a non-fungible token (NFT).

This was far from the first use of NFTs for digital art — in fact, NFTs are slowly gaining momentum across multiple creative industries. Kings of Leon released its latest album in NFT in March, as well, with three package variations limited to a sales period of only two weeks (sorry, you already missed it) — and made $2 million in sales from it. NBA Top Shot use of NFTs drove $200 million in gross sales off NFT video highlights (think baseball cards, but for live action moments). Nike’s got skin in the game too, with a public patent filed for an NFT-enabled shoe.

People are even selling tweets in NFT…which is weird and does not really take advantage of the concept’s potential, in my opinion, but that’s the internet for you.

So what’s this got to do with books? The implications for the digital publishing industry with NFTs for books could be game-changing.

Think cryptocurrency, but for digital goods.

The most accessible definition I’ve found to explain NFTs comes from Forbes:

“An NFT is simply a record of who owns a unique piece of digital content. That content can be anything from art, music, graphics, tweets, memes, games — you name it. If it’s digital and it was created, it can be an NFT. It’s ‘non-fungible” because it can’t be readily exchanged for a similar good at a similar price.”

In other words, it’s the digital equivalent of owning a physical good. You buy an NFT, and it becomes your legal property. It’s more secure than a typical digital transaction because the records are kept in blockchain, which offers a public record that’s “unhackable” and helps combat pirating.

What do NFTs have to do with books?

NFTs for books hold a lot of potential and significance for the publishing industry, both practically and creatively.

To start, let’s talk about what separates NFTs from the digital copies of books already available today via Amazon, Barnes & Noble, Indiebound, or elsewhere.

When you purchase an ebook on Amazon, your ownership over that commodity is different from a physical book. Yes, you bought it, but you only have it for as long as Amazon is around and agrees to keep providing it. If Amazon crumbled tomorrow, that book would disappear with the rest of its platform.

From this perspective, NFTs have more in common with print books — it’s your possession, period. It won’t disappear at the whims of an outside party. In fact, with NFT, you don’t just own a copy, you own a specific copy within a series of copies. Think first edition, second edition, and so forth.

For related reasons, pirating an NFT book is much harder, and it’s also harder to challenge a creator’s copyright to a work. It’s all right there in the blockchain.

And that’s just one of many cool things about NFTs for books. Another game-changing aspect of NFT for publishing is the ability to apply smart contracts.

When a book gets published, there are typically various parties who all earn a percent of each sale. These are paid out a few times a year, depending on the publisher, on notoriously months-long delays. But with a smart contract, the application of these contractual payouts are embedded directly into the transaction. The payout is immediate and automatic. You could also include contingencies for changes in those payouts over time, or even after an author’s death. It’s a beautiful thing!

But the most exciting part of all this is in the resale. After purchasing an NFT, an owner might decide to put it up for resale (think used bookstores, but online). And this is where digital edges out ahead of print books when you use NFT, because authors and other involved parties can continue to reap a smaller percentage of royalties on those resales, into eternity. An author’s cut for an ebook sale is typically 30%, and standards for NFT resale are stabilizing at about 10–15%.

Some who are following the NFT trend are already predicting this will become the standard way to sell books, like writer Melinda Crow:

“In all honesty, I think eventually this will be the predominant method of selling our work, to clients, publications, and even directly to the reading consumer themselves.”

What’s more there are services already established for the very purpose of bringing publishing to NFT, such as Mirror.

Authors are always looking for intriguing and creative ways to engage their fans with the worlds within their novels, and NFTs are full of possibilities.

Authors and publishers create special editions of books all the time — editions with a special foreward, or notes from the author strewn through it, or gorgeous illustrations you can’t get anywhere else. But the format and limitlessness of traditional ebooks makes such items a lot less meaningful.

NFTs, with their ability to limit quantities and time periods for a release, and the numbering of each unique copy, could finally make such features special in a digital format, too.

Similar to the idea of limited special editions, an author could also create copies with a limited number of digitally signed copies of a work. The feels fairly on par with, say, receiving a signed bookplate through the mail.

Speaking of bookplates, why not create digital ones in NFT? Much as authors have long developed bonuses like pins, character cards, world maps, and other content bonuses for fans, these could all exist in NFT.

Heck, you could sell plots of land in a fantasy world, let the owners develop those plots as they wish as part of the expanded world, and refer to this as an official cannon for future works within the series.

NFT bonuses aren’t limited to the equivalent of what one would find in print — if it can be digitized, it can be a NFT. So why not create a limited edition author reading of the first chapter of a new release? There’s really no reason, and many fans would love to access such an experience.

And remember, these creations can be collected and even resold, with the author earning at each sale. In a lot of cases, these items would likely increase in value over time — think artwork or first editions of beloved classics. The compounding of such royalties and value over time could be a game-changer for authors and publishers who aren’t afraid to get a little creative.

The Downside of NFTs

With so many advantages, why haven’t we all switched over to NFTs for everything already? A few reasons.

For now, NFTs cost significant amounts to create, which would make it challenging for a typical NFT ebook to be competitive with what we’ve come to expect from ebook prices. These prices fluctuate, which make it more complicated to plan for, and then there’s a “gas tax” tacked on. But these prices have already been trending downward. With time, this hurdle will likely dissolve on its own.

The reason for that gas tax is that NFTs come at a significant environmental cost. On average, about the equivalent a 500-mile drive (in a typical American gas-fueled car).

So that gas tax tacked onto NFTs is quite literal, and is paying for the offest of that environmental cost. Does this replace avoiding the damage to our planet in the first place? Um, no. Unfortunately not.

All that said, some are saying this cost doesn’t necessarily increase proportional to the number of NFTs created — kind of like a plane that’s already flying either way, so what’s it cost for one more artist to buy a ticket and take the trip?

Others argue that if we’re tackling environmental impacts, NFTs of individual artists trying to gain a foothold on a fandom is hardly the place to start — why not worry about those big corporations’ environmental footprint first?

Hopefully, as the technology evolves, this is something that can be addressed.

A Ways to Go, But Lots to Come

Some say NFTs are a bubble that will eventually burst and die out, or even that it’s already burst. Within publishing, some are saying it’s too early to tell if NFTs will have any significance. But by many accounts, it’s a young market that will mature and stabilize as it becomes more widely understood — and as this occurs, authors and readers have a lot to gain.

Already today, younger generations who are digital natives are considering digital goods just as real as physical ones, and this is sure to only to continue to firm up and expand.