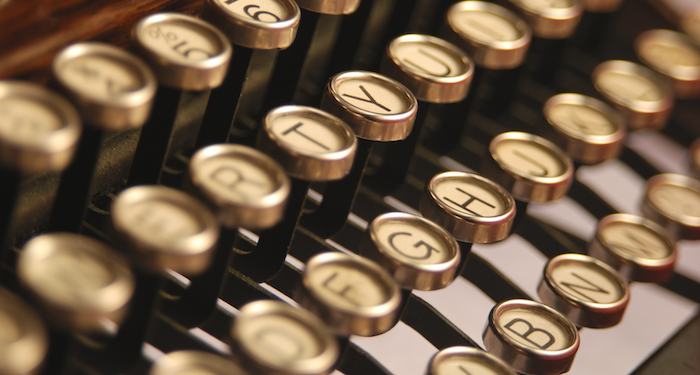 The past few years, we’ve seen the success of books written from different points of view (POV), including George R. R. Martin’s Game of Throne series with chapters alternating from several characters. It’s quite a feat to pull off! Then there’s the added challenge of creating several voices so each perspective is different from the others.

While it’s a technique used in many different types of fiction, it’s particularly notable when used in murder mysteries.  While most books have some secrets to reveal, mysteries in particular have the challenge of moving the story along, revealing evidence without it being obvious, and concealing the identity of the murderer (or criminal in general) until the right moment. Authors have to keep up the thrill and the chase jumping from person to person.

I wanted to dive into the why and how mystery writers manage to use different POV in their works. So I interviewed two authors who have mysteries that will be coming out in the next few months where their books shift perspectives.

The Authors and Their Books

I talked to Irish novelist Joseph O’Connor whose thriller My Father’s House (out January 31) tells the true story of Monsignor Hugh O’Flaherty, who creates a network, unofficially, through the Vatican to help smuggle Jewish people and prisoners of war out of Rome. It’s a harrowing story told from the perspectives of Monsignor Hugh, his group of allies, and even his arch-nemesis, Gestapo boss Obersturmbannführer Paul Hauptmann. It focuses on a single dangerous mission where the Gestapo is watching every move, but the Choir (the group behind the mission) has to complete it.

The second book is The Golden Spoon by Jessa Maxwell (out March 7), which Janet Evanovich aptly described as “delicious combination of Clue and The Great British Bakeoff.” Six amateur bakers across the United States are invited to Grafton, a sprawling Vermont estate, for Bake Week with the famous Betsy Martin. Told from the perspectives of the bakers and Betsy Martin,  it’s clear that something is wrong with this year’s competition as little things go awry. But when a body is found, all bets are off.

Why Mystery Authors Use Multiple Perspectives

To Avoid the Dullard at a Party

Both O’Connor and Maxwell found that telling the story for multiple viewpoints made sense for the story. O’Connor said, in an email interview about the decision: “I love reading but I get bored easily. I’m also a very slow reader, if I like the book. With two or three exceptions (Proust’s Swann in Love being the main one) I don’t care for long books in the voice of only one person; it’s like being cornered by some dullard at a party.”

“I honestly don’t even know how you would tell it with one point of view,” Maxwell said. “You can move the story forward by having people interact with each other.”

To Be More Authentic

O’Connor noted that having multiple points of view seemed truer to life. He wrote, “I think having several narrators makes a novel more involving, interesting, surprising, funny. Then, I guess it’s important if you’re writing about historical events to always be aware that there are several ways of looking at them. So, the multiple narrative approach may be truer to life.”

To Fall in Love with the Characters

Part of the joy of having several narrators is the creation of the different voices themselves. Maxwell said, “I loved coming up with all the characters, and I love going to their points of view.”

O’Connor loves the musicality of people’s voices. He explained, “I love the music of how people speak – I find I’m always listening out for different accents and phraseologies – and any book that is in part driven by how people speak will always have pleasures to offer.”

To Walk Around a Story

Both writers described the multiple POV as a way of looking at the story in 3D. Maxwell said, “Being able to see other characters from multiple points of view, makes characters innately more or less reliable. Seeing how certain people trust someone and don’t trust someone or how they respond, you’re only going to get their specific way of responding to something. But if you’re having other people watch them, I think it’s really fun.”

O’Connor wrote: “The opportunity to walk around a piece of the story and look at it from different angles, rather than having to sit passively and listen to the novelist lecturing you. And of course, the great fun of the characters contradicting each other. In this way, the reader can know things that the characters don’t know. This creates a sort of three-dimensionality in the story, a space for the reader to walk into.”

Per the rules of fair mysteries/thrillers, clues have to be dropped. But with multiple viewpoints, there’s the challenge of doing it in such a way that communicates the information but not give too much away.

“I try to come up with all of the things that can be revealed upfront, and then I figure out who would be the best person to reveal each of these things,” Maxwell explained. “Who would notice that sort of thing? That’s another thing that’s really nice about having multiple points of view, because you have multiple people’s skill sets that you can add.”

O’Connor said, “By craft, which is learned by practice and by learning from your mistakes. As James Joyce wrote, ‘errors are…portals of discovery.’ And you find a way of stress-testing the story, by creating a version of yourself as the reader, not the writer. But it takes time to get to that ability, and even after you find it you must develop it continuously.”

Thanks to O’Connor and Maxwell for giving us a little glimpse into their work as writers working in this narrative style.

If you want more books with shifting POVs, check out this best thrillers with multiple viewpoints or a list of best books with different perspectives in many genres.