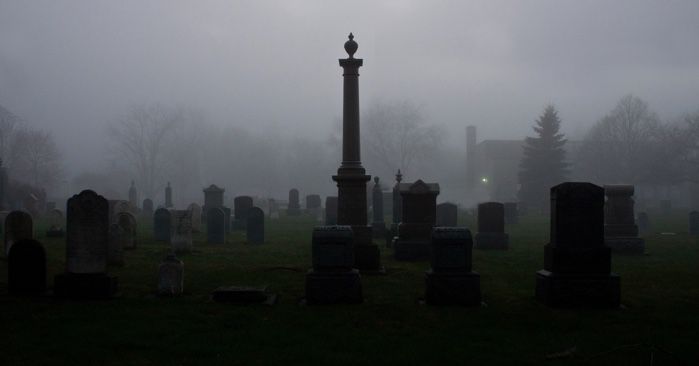 I am a geek. I am also the mother of geeks. Their father and I definitely started them down the path but both kids (now 8 and 11) have continued to geek of their own volition. And it’s fantastic. I love it. Sometimes we geek together and sometimes we geek separately about whatever we’re each currently enthralled with but, regardless, we understand the importance of these obsessions in one another’s lives and we’re all happy to help one another acquire the necessary material and make time and space in schedules for geeking (regardless of type, it’s a time intensive undertaking).

One thing I didn’t consider when we skipped off down the weeb branch path, however, was how frequently we were going to have to deal with beloved characters up and dying.

Character death doesn’t bother me all that much in western superhero comics. The running gag about the impermanence of a given demise is a running gag for a reason: they do almost always come back. And if they don’t, it’s probably because it was time for them to go. Non-super books are different, but lets focus on the superhero style books here, since that’s where a lot of kids enter the fray. And look, the hero and supernatural manga are fun. I read a lot of them apart from those I screen for the kids/the ones we share and I’m not ashamed.

Something I’ve notice about manga is that there is little to no hesitation in killing off characters. Characters of any age, story status (major or minor), beloved or despised. And those characters are much more likely to stay dead, at least in the books we read. Sometimes, readers are even made to think they’ve come back when they haven’t, which is downright mean.

Some of those manga deaths have given me, a wholeass grown-ish woman, pretty powerful feels (I’m not ashamed of getting attached to fictional characters either).

Which has me thinking about how they make my kids feel.

Especially considering the spoilers I’ve tripped over re: My Hero Academia’s recent weekly issues (I usually wait for the tankobans) and the new season of the anime.

Per the socials, all of our favorites are complete disasters, everything is terrible, and at least one, and possibly more, long standing favorites have been killed. I am somewhere between bummed and sad. My son will be somewhere between sad and upset.

My younger kiddo is going to be legitimately devastated.

How do I handle that?

Do you tell them they can’t read it? They only time we’ve ever done that in this house is when something has graphic violence or sexy times and it’s more of a “You can read that when you’re 13,” or “when you’re 16,” or “when you’re 30” (don’t judge, no one needs to see the batawang before they’re 30. Honestly, no one needs to see it at all, but that’s a different discussion—I moderated a panel about it once). I feel like that’s not the right answer; modeling avoidance is a disservice to a being who depends on you to set an example of how to navigate life, which is frequently hard.

Do you sit and read it together? That’s better. At least they’re not alone. But they’re still going to be surprised and I can tell you from experience kids who have anxiety don’t do well with that, especially if there’s a cliffhanger. There have been times we’ve chosen to let the kids stay up past their bedtimes because Black Clover ended on a cliffhanger and the 8-year-old was so worried about a character their stomach started to hurt and they went into an anxiety spiral. And before you tell me I shouldn’t let them watch it anymore, they were 50 episodes in and were I to cut them off now, I would effectively be doing the same thing vis a vis cliffhangers.

This is what I’ve decided on:

There’s No Such Thing As Spoilers For Parents

It’s okay to know what happens ahead of time in a manga or anime I’m sharing with the kids. In fact, it’s important that I know. You’d think this would take the fun out of the exercise but honestly, it doesn’t. The suspense, sure, but not the fun. I don’t know exactly how things are going to happen or the details that make the story come alive, but I do know if there are elements for which I need to prepare the kids to allow them to participate in something they love without stress.

Even if a book your kids are reading isn’t one of “yours,” take the time to read it before they do. A lot of manga is released weekly (check these sites) before it’s compiled into paperback tankoban. That way you can either prep them or be prepared to answer questions/negotiate fallout.

Look, they’re just going to talk through it anyway. This is the perfect opportunity to actually hear the dialogue without commentary or someone telling you exactly what’s happening on screen even though you are sitting together on the same couch watching the same television with a single episode playing on it.

Let Them Feel Their Feelings

You’ve cried when a beloved literary character died, yes? Your kids may react as though their best friend died when it happens in their manga. Let them do that. They know that person isn’t real; they’re small, not dumb. But there’s a good chance they’ve been interacting with that person for a good percentage of their life; number two child has been hanging with the UA squad since they were 4. That’s half of their life. Losing someone you’ve known half your life is a legitimate loss, especially if it’s someone you turn to when you’re angry or sad or upset and that person has given you comfort.

This may work for you. It may not. Depends one hundred percent on your kiddo and you and your relationship and how you all work together. I hope it helps though.

Just remember, if it’s theirs, it’s yours. Cartoons are rad. And, when their friends see you wearing the Sports Festival T-shirt, you will be the cool parent.

I gotta go, though. The Aizawa defense squad is calling.