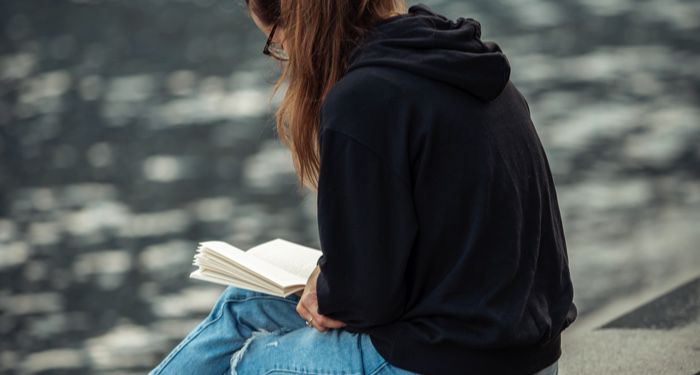 If you told me nine years ago about a Hunger Games prequel, I’d be booking my spot for its midnight release at Borders Books. I first devoured The Hunger Games Trilogy as an 18-year-old (back in the final glory days of Borders). Suzanne Collins’s dystopian world immediately ensnared me. The world and the Katniss-Peeta-Gale love triangle, of course. However, the new Hunger Games prequel, The Ballad of Songbirds and Snakes, was released nine years after I first fell in love with the series. I’m 27 years old now and a mother to a silly and loving little toddler. No longer a student, I’m pursing my career and navigating my new course in life. After reading The Ballad of Songbirds and Snakes, I came to a startling conclusion: I am not the person I used to be. The Hunger Games prequel helped me realize how I’ve changed.

A Little About Me…

Sure, there are plenty of things about the 18-year-old me that even now ring true. I still love reading YA books (that probably won’t change). Folding laundry still takes me ages to get around to. Reading about love triangles still qualifies as swoon-worthy for me. Having awkward conversations with cute strangers at the grocery store still embarrasses me. Mint chocolate chip ice cream with extra chocolate chips on top will forever remain my favorite dessert.

In other ways though, I have changed. I do my own taxes now. I explain why we can’t stand on the couch to my son. Framed pictures and art decorate my walls rather than posters of Jack Johnson and that penguin from Happy Feet. I’m less hopeful George R.R. Martin will publish the last two Game of Thrones books. I’m like Wendy back from Neverland. I’ve grown up.

My Initial Reactions to The Hunger Games Prequel

When I heard that Suzanne Collins would soon release a Hunger Games prequel about a teenage Snow, a mixture of excitement and skepticism flooded me. The teenage me that still lurks in my soul urged me towards clicking that preorder button on Amazon. The sensible adult in me who aspires to maintain a budget sternly told myself to wait for a library copy. A new Katniss story? Even adult me would hit that preorder button. But a book about President Snow? I can wait, I told myself.

As someone who works in a library now, I have to admit the fangirl delight hit me again when I opened a box of new books and saw the flashy green cover of The Ballad of Songbirds and Snakes. Checking out a copy to myself that day, I went home thrilled at the prospect of spending an entire evening reading an eagerly awaited book.

Plunging again into Panem after a nine year hiatus, I began to feel a pit forming in my stomach. The dystopian world no longer enthralled me like it once did. Instead, I read the book with a growing sense of despondency and dread. It really started to hit me, the gravity of the horror behind the Hunger Games competition. The government snatches children away from their families and forces them to kill each other while the entire country watches. My heart broke for every child in this book. The jumble of feelings I collected while reading this Hunger Games prequel helped me realize I’ve changed.

So Why Am I Feeling This Way Now?

I think a major difference in my life from when I first read The Hunger Games trilogy is that I’m a mother now. I’ve developed trigger warnings for situations in books where children get hurt. It’s often a reason I choose not to read certain books now.

While reading The Hunger Games trilogy as a teen, I remember my parents asking me how I could read a story about children having to kill each other. I shook off their remarks, telling them it was just a story. As a mother now though, I can more clearly see where my parents were coming from. Don’t get me wrong, as a teenager, the concept of the Hunger Games competition did horrify me; it just hits me so much harder as a mom now.

That’s the difficulty that comes with an author publishing a book in a series years after the previous books came out. The target audience of the earlier books has aged. Teens become adults, adults advance to new phases in life. People change and mature. We grow up. Coming to terms with these new feelings within me as I read The Ballad of Songbirds and Snakes helped me see this.

Growing up isn’t such a bad thing, though I don’t think the nostalgia of youth will ever truly fade. Though I miss the carefree joy of my childhood, I’m proud of the person I’m growing up to be. I’m more empathetic than I used to be as a teenager, and my sense of self has taken shape. I’m less interested in what other people think of me and more focused on what really matters. My resolve to stand my ground over what I believe in and speak my mind has sharpened.

Though much of what occurred in The Ballad of Songbirds and Snakes left me feeling sad while reading it, I did finish the book. For fans of The Hunger Games trilogy, I wouldn’t dissuade you from reading it. There’s even a new movie adaptation in the works. Throughout much of the book, Coriolanus Snow reflects on why Panem holds the Hunger Games in the first place, a topic I’d often wondered while reading the original trilogy. Though I never did like Snow as a protagonist in this book, the lively character Lucy Gray Baird from District 12 helped make up for this. I especially enjoyed reading the ballads she wrote and sang, which gave an antiquated and tragic air to the prequel.

Reading The Ballad of Songbirds and Snakes sparked a great deal of introspection within me. I thought about teenage me breezing through the original Hunger Games books, and the ways that I’ve changed since then really struck me.

That’s something I love about books. Certain books will forever remind me of particular moments in my life. I read Anne McCaffrey’s Dragonflight the same year my elementary school chose it for the spelling bee. Stephenie Meyer’s Twilight became the only book I ever snuck into church to keep reading. I read Kenneth Oppel’s Airborn Trilogy during a summer I fell in love. Books hold not just the stories of characters’ lives, but memories from our own.

The experience of reading this Hunger Games prequel helped me recognize how I’ve changed over the years. I’m not the person I was nine years ago when I first read The Hunger Games, and I might not reread the series anymore like I used to. Change can feel scary sometimes, but it’s not always a bad thing.