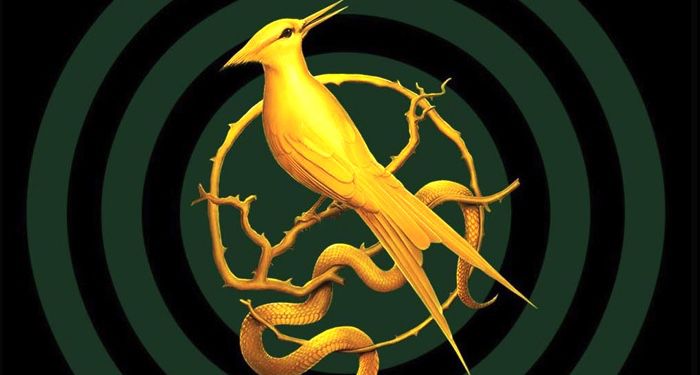 Get ready to go back to Panem because we have just heard that a Hunger Games film is in the works. Before the novel even hits shelves, Lionsgate is going forward with the adaptation of The Ballad of Songbirds and Snakes, the upcoming prequel novel (releasing on May 19) by author Suzanne Collins. As The Hollywood Reporter article says, Lionsgate has licensed the film property to theme parks, clothing brands, and more around the film franchise. It’s clear they are all in for this new deal.

The Ballad of Songbirds and Snakes will focus on future President Coriolanus Snow at age 18, years before he became the fearful villain we all know. The house of Snow has fallen on hard times and it’s up to Coriolanus to change his fate. Being a mentor for the 10th annual Hunger Games seems like the last shot to do this, but his hopes are soon extinguished when he’s assigned to mentor the girl tribute from District 12.

You can read an excerpt from Chapter 1 here.

Francis Lawrence, director of the last three films Catching Fire, Mockingjay: Part 1, and Mockingjay: Part 2 is returning to direct and lead the new project. Also returning to this franchise are producers Nina Jacobson and Brad Simpson. Suzanne Collins will write the film’s treatment. Michael Arndt, the Oscar-winning screenwriter of Little Miss Sunshine, will adapt the screenplay.

“It’s such a pleasure to be reuniting with Nina, Francis, and Michael to adapt the novel to the screen, and having them share their remarkable talents, once again, with the world of Panem,” said Collins. “I look forward to collaborating with them and all at Lionsgate as we bring The Ballad of Songbirds and Snakes to theaters worldwide.”

Jim Miller, the Lionsgate executive who has served as the studio’s project executive on all the franchise’s film, will oversee the production. Patricia Laucella and Phil Strina oversaw the rights for the book as well as all talent deals for Lionsgate.

Read more about the Hunger Games series on Book Riot.