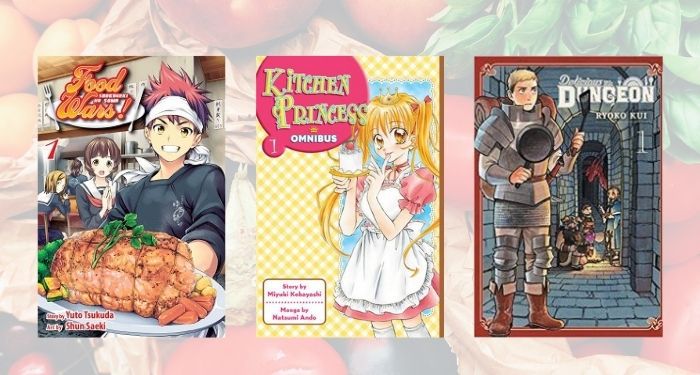 Holiday season is right around the corner! It’s the perfect time to sit back, eat as much warm and comforting food as you want, and read a good book (or manga!). But let me backtrack for a sec. I want to go back to the food bit because it’s usually a very important part of the holidays. In Mexico we don’t do Thanksgiving. So even though I know that food is a big part of it (yay reading!) I cannot speak from firsthand experience. But Christmas is another thing altogether. It’s full of sweet, savory, colorful dishes that make me want to stuff my face even though I might regret it later. Maybe.

But I digress. Because what I really want to talk to you about are culinary stories. I honestly have no idea who decided to mix food and books but it is absolutely genius and it makes my foodie heart all warm and gooey. Seriously, I love reading about characters baking or cooking some amazing-looking dishes that make me want to eat them too. This is especially true for manga because it’s visual and you can actually see all the delicious food! So, because this season is great for all of us foodies, I’ve made up a list of some foodie manga you can read over the holidays.

So sit back and relax with your favorite snack, here are eight delicious foodie manga to read over the holidays.

8 Amazing Foodie Manga for the Holidays 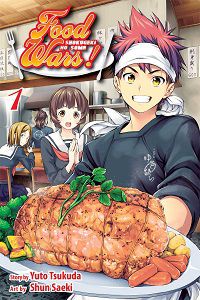 Let’s start right away with what might be the most popular food manga on this list! Food Wars gained so much popularity, it was made into an also very popular anime. I do have to warn you that there is some sexual content in this manga that includes graphic descriptions of “foodgasms”. The story follows Soma, whose goal is to become a great chef and surpass his father’s culinary abilities. As he studies and hones his skills, Soma’s father enrolls him in a fancy culinary school that few people actually graduate from. The school holds the famed “food wars” where chefs get a chance to prove their worth. Will Soma measure up to the challenge? Either way, the food looks so good it’ll make your mouth water! 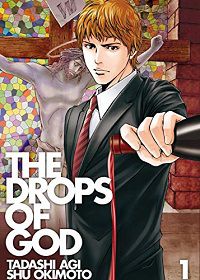 The Drops of God by Tadashi Agi and Shu Okimoto

The Drops of God is another popular foodie manga — except this one focuses on wine! It’s super entertaining, a bit informative, and quite the page-turner. The story follows Shizuku. His dad was a world-famous wine critic, so of course Shizuku hates wine and went to work for a beer company. But when his dad dies, Shizuku will have to battle it out for his inheritance. This will send him on a treasure hunt for the “Twelve Apostles” of wine plus the ultimate prize — the Drops of God. 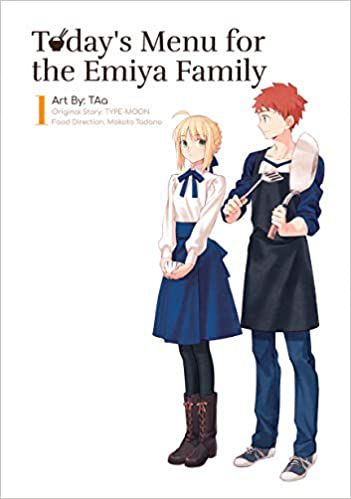 There’s a fantasy visual novel called Fate/ from the Japanese game company Type-Moon. This manga is a spin-off of the Fate/stay night characters. It’s a slice of life manga that follows the main character’s family as they make dinner every night. You don’t need to know the source material to enjoy this manga, although you might miss a few jokes. The best thing about it is that each chapter is followed by an actual recipe so you can even cook them at home!

Kitchen Princess is a cute romance manga that is such a delight to read. It follows a girl named Najika. When she was young, Najika lost her parents and not long after their deaths a boy gave her a flan to comfort her. He became her “Flan Prince” and, in a very Cinderella moment, the only thing Najika has to track him down is the silver spoon he left behind. She traces the spoon to a prestigious culinary academy in Tokyo called Seika Academy. She’s a great cook, so she earns a spot in their 7th grade class and quickly becomes friends with two boys. Could one of them be her “Flan Prince”? 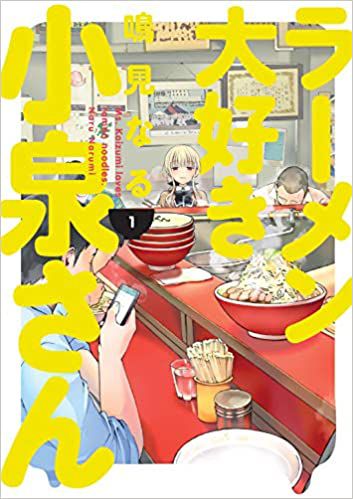 If you love ramen, then this foodie manga is for you! In it, we follow Ms. Koizumi as she and her friends show you the everyday ramen culture around Japan. Where they’ll eat all kinds of ramen. It’s absolutely a slice of life manga, so there is little to no plot. But it’s easy to follow, enjoyable, and you can learn more information about this amazing dish. From restaurants and home cooking, even to cup ramen — ramen is a diverse and special dish. All the dishes look mouth-watering, too — so you might want to have a cup of ramen close by! 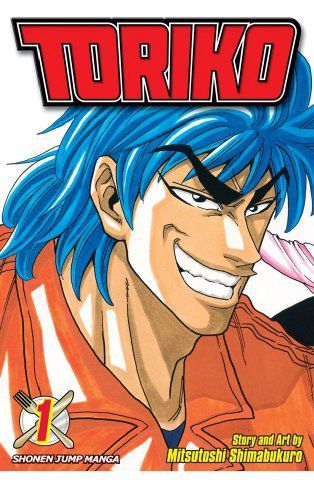 If you want more action, this is a foodie manga that mixes the culinary world with more intense battle scenes. I do have to say that it can get a bit graphic as the characters hunt, cook, and eat different animals. The story follows Gourmet Hunter Toriko. His job is to track down and defeat the most delicious — and dangerous — animals to supply the world’s best restaurants. Which include things like eight-legged alligators! It’s action-packed, slightly ridiculous, and quite fun to read. 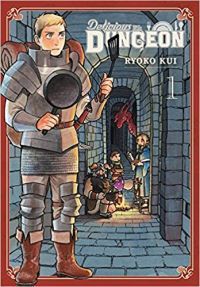 For a more high fantasy setting, Delicious in Dungeon is a great and adventurous foodie manga! There are dungeons and dragons — and of course there’s food, because adventuring can make anyone hungry! The story begins with Laios and his company losing a fight against a dragon. They also lose their supplies, their money, and even one of their friends. So they set out on a quest to get her back. But they can’t very well go adventuring with their stomachs empty. So Laios gets the brilliant idea of cooking the monsters they defeat along the way. So what starts as a fantasy adventure story, quickly turns into a foodie manga that even has detailed instructions of how to cook giant scorpions. It’s as hilarious as it sounds. 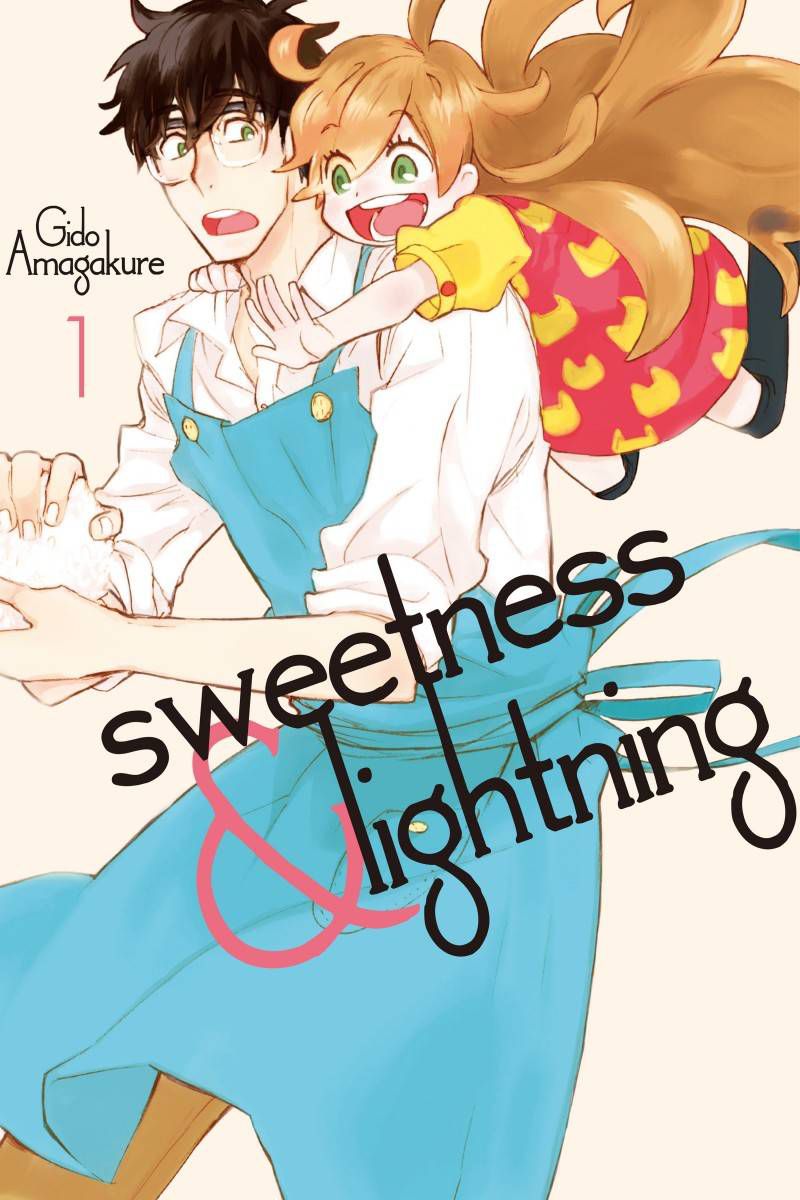 Last but not least, this foodie manga is a sweeter, softer, slice of life story. It’s heartwarming and perfect for the holidays. Plus, Sweetness and Lightning also has some recipes at the end of each chapter! The story follows Kouhei, he’s recently widowed and looking to connect with his daughter. His wife was the cook of the family, and his daughter is tired of microwave meals so he decides to cook for her. It all comes together when Kouhei meets Kotori, a teen whose family runs a restaurant. She starts teaching Kouhei how to cook, and the three embark on a great culinary adventure.

Want more manga recommendations? Take a dive into our archive for tons of articles! Or if you want more foodie manga for the holidays, we have a few more recommendations up our sleeve.