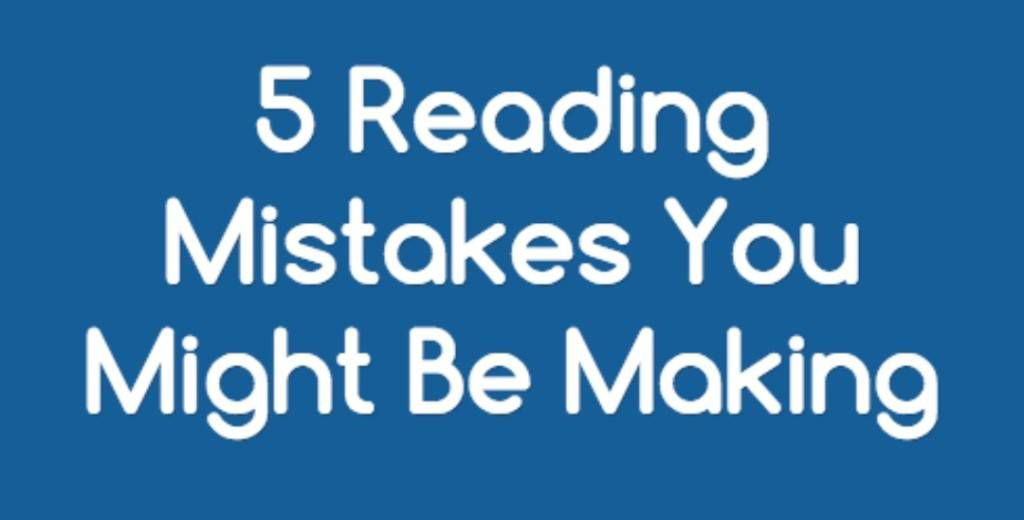 With 150 issues, multiple spin-off series and graphic novels, a novel, and a video game, Bill Willingham’s Fables can be daunting, especially now with the announcement of a new spinoff series, Everafter, launching in September. Where should you start reading? What is skippable? What is the difference between Fables and Fairest? Does it make a difference if you buy the paperbacks or the deluxe hardcovers? Read on and find out!

Fables tells the story of a community of fairy tale characters living in exile in New York City and an upstate farm. Centuries ago, an initially unnamed Adversary conquered the Fables’ homelands, forcing them to take refuge in the non-magical mundane world (called “the Mundy”).

The cast is massive, drawn primarily from European and American fairytales and folk tales, with some also drawn from more recent public domain works (notably Baum’s Oz series and Kipling’s The Jungle Book); later, Fables drawn from The Arabian Nights make an appearance. At the center are Snow White; her sister Rose Red; and the former Big Bad Wolf, who now goes by “Bigby”; as well as “Frau Tottenkinder”, the witch from the story of Hansel and Gretel. Practically every major Western European fairytale character makes an appearance at some point during the series, even if just for a cameo.

I’ve heard Fables is problematic. Should I read it?

Okay, so I’m not going to sugar coat this: Fables is problematic in a number of ways. The central cast is made up almost exclusively of characters from European fairy tales, and when people of color do show up, they are not always handled well (especially in the early issues of the main series). To add insult to injury, there are several cases of Fable whitewashing, with European Fables standing in for non-Western characters (most notably, in 1001 Nights of Snowfall, Snow White stands in for Scheherazade). Likewise, there are practically no queer characters in the entire franchise, to the point that I tweeted excitedly when I finally found one in a Fairest arc not written by Willingham.

Wait, what’s this? An actual queer story in a Fables book? Involving a major Fable (Rapunzel) at that? pic.twitter.com/0V0169HGGT

Oh, and the core series often ventures into uncomfortable political terrain, in large part because of a War on Terror subtext that Willingham makes textual at several points. There is perhaps no more uncomfortable moment in the entire series than when Bigby Wolf talks to the Adversary about Israel. Even if you agree with Willingham’s real world politics, there are unfortunate implications when they are imposed onto the fantasy world of Fables.

All that said, the story of Fables is quite compelling (at least through issue #75), Willingham is a genuinely talented writer, and his artistic collaborators—especially Mark Buckingham, who pencilled the bulk of the series—are top notch. If you love fairy tales and iterations off of them, then you will probably enjoy Fables. Just be aware going in that you will probably get pissed off several times along the way.

The best place to start is with the main series, Fables, which ran for 150 issues between 2002 and 2015, and was illustrated primarily by Buckingham. While some of the spinoff material is set before the main series, it reads best if read roughly in order of publication and it makes sense if you wait to read everything else until you’re done with the main series.

I know 150 issues sounds like a lot; it is. Fortunately, Fables breaks down perfectly down the middle: the first 75 issues tell a complete story of the Fables’ war against the Adversary and his Empire. It’s a compelling story with a beginning, middle, and end. You can definitely stop after issue #75, even if it’s just to take a break for a while. And, if you never come back to Fables, you’ll still feel like you got a complete story out of it.

If you’re absolutely in love with these characters, though, and need to know what happens next, the back half of the series offers some more nuanced storytelling, even if it never feels quite as well-constructed as the first half. There’s some great character moments, as well as an extended study of how taking down a dictatorship can sometimes lead to even worse results. But, there’s also what might be the least-enjoyed story in Fables history, The Great Fables Crossover—I’d honestly suggest just skipping that entirely unless you really love Jack of Fables (which I’ll get to below). If you can put up with alternating highs and lows, there are certainly a lot worse things you could be reading.

Willingham also wrote three Fables graphic novels that tie in closely with the main story: The Last Castle (art by P. Craig Russell, Craig Hamilton, and Lovern Kindzierski), 1001 Nights of Snowfall (various artists), and Werewolves of the Heartland (art by Mark Farmer, Ray Snyder, Craig Hamilton, and Jim Fern). Of the three, only The Last Castle is genuinely essential, but fortunately it is included in both the trade paperbacks and hardcovers. 1001 Nights is a take on The Arabian Nights, with Snow White in the Scheherazade role, telling the stories of the Fabletown residents. It can be read at an time, but makes the most sense sometime around the Arabian Nights (and Days) arc (issues #42-47).  Werewolves is a sequel to the World War II-set “War Stories” (issues #28-29) that takes place between issues #100 and 102. Read it if you want to see some more solo Bigby adventuring or you love werewolves.

How should you read it?

Fables is a book that reads well in either print or digital, so that choice is up to you. If you choose print, though, you also have the choice between the original trade paperbacks or the more recent oversized Deluxe Edition hardcovers, most of which collect about two trades worth of material. Since the Deluxe Editions are reasonably affordable—so far they have all had $29.99 list prices—I’d recommend them over the trades. In most cases, the Deluxe Editions end up being the same price or cheaper than the trades they contain, while being nicer editions with larger art. Plus, they have been including the one-shots and graphic novels in the appropriate places, so it’s easier to just read through them than try to remember when you’re supposed to stop and pick up, say, 1001 Nights of Snowfall (included in Deluxe Edition Book Four). (That said, Werewolves of the Heartland is inexplicably collected out of order in Book Ten rather than at the end of Book Eleven.)

The only downsides: they take up a little more space on your shelf and DC has not yet finished reprinting the series. Book Thirteen, out in September, is set to go up through #129. I expect two final volumes to complete the series sometime next year.

One final option if this all sounds insanely expensive: your local library. Since Fables is a relatively mainstream book from Vertigo, it is much more likely than usual to be in your library’s collection. This is how I read Fairest and some of the other books.

Okay, I read the main series… What next?

Your next step depends greatly on how you feel about Jack Horner. If you love his character, then you can check out his further adventures in Jack of Fables, co-written by Willingham and Matthew Sturges, with Tony Akins and Andrew Pepoy as the primary penciller/inker team. (The series is set after Jack’s adventures in Hollywood in Fables #34-35, so you can start reading after that point if you want to switch back-and-forth in a roughly chronological fashion; The Great Fables Crossover takes place between JoF trade volumes 6 and 7).

If you don’t care for Jack, you can safely skip both Jack of Fables and The Great Fables Crossover. If you do decide to read it, DC/Vertigo has recently solicited the first volume of a Jack of Fables Deluxe Edition hardcover, which will look lovely on your shelf next to all those Fables hardcovers.

Yeah, I’m not sure I want to read that. What else?

Cinderella: From Fabletown With Love #1, cover by Chrissie Zullo

My favorite of the Fables spinoff material are the two Cinderella miniseries: From Fabletown with Love and Fables Are Forever, which follow Cindy on spy missions around the world. Both are written by Chris Roberson (of iZombie fame), with art by Shawn McManus, who previously worked with Willingham on the two The Sandman Presents: Thessaly miniseries. These are insane fun, and both offer much better representations of non-European Fables than the main series. From Fabletown with Love takes place right after Fables #75, while Fables are Forever is set at about the same time as The Great Fables Crossover. If you aren’t too worried about minor spoilers, though, I suggest just reading them back-to-back.

Also enjoyable: Fairest, a spinoff focused on the adventures of the female Fables, including some more Cinderella adventures. Each arc is fairly standalone, so feel free to skip around/pick-and-choose what looks interesting, based either on creative team or characters. If you’re reading through in publication order, Fairest #1 takes place sometime between Fables #107 and #125. As with the Cinderella miniseries, Fairest has some interesting explorations of non-European Fables and features the queer romance mentioned above.

At the time of writing, Deluxe Editions of Fairest have not yet been solicited, but I would not be surprised if they showed up once Vertigo was done reprinted Jack of Fables.

What about The Wolf Among Us? What’s that?

The Wolf Among Us is an episodic mystery game developed by Telltale Games, creators of the recently-launched Batman: The Telltale Series. It is set about 20 years before Fables #1, and stars Bigby Wolf, with Snow White in a prominent supporting role (other major Fables making appearances include Beauty and Beast, Flycatcher, Jack Horner, Bluebeard, and Bufkin). It is an immersive game that is definitely well thought out, though I would have appreciated a plot that did not center around a dead prostitute. My other big disappointment: Fabletown was literally plastered with signs for a lost cat—a cat I never found.

Playing through Fables: Wolf Among Us and I wish there was a way to look for that lost cat I keep seeing signs for. pic.twitter.com/rH5IyIP8YU

I’d like to think there’s an Easter egg where you can rescue that cat, but there probably isn’t.

Games not up your alley? Well, you’re in luck, because Vertigo commissioned a digital-first series based on the game, written by Matthew Sturges and Dave Justus, with art by Shawn McManus, Stephen Sadowski, Travis Moore, Eric Nguyen, and Lee Loughridge. The series is collected in two trade paperbacks.

What is this Peter and Max book?

Peter and Max: A Fables Novel is what it says right on the tin: a prose novel by Willingham set in the Fables universe. It focuses on Peter Piper and his brother Max, who turns out to be the Pied Piper. The reviews were a bit mixed, so I have not been in a rush to read it, but if you love Fables and enjoy comic spinoff novels, it’s another option, and used copies can be gotten pretty cheaply.

Pretty much, at least until until the new Everafter series launches. If you’re really hardcore, you can track down the SDCC-exclusive One Page Stories. There’s also the standard panoply of merch—a Fables Encyclopedia, t-shirts, statues, bookends, etc.—though some of it is now out of print. Oddly, there has never been an official Bigby Wolf plush, which seems like a total missed opportunity.