This giveaway is sponsored by Gloria Chao’s American Panda, out from Simon & Schuster Children’s Publishing. 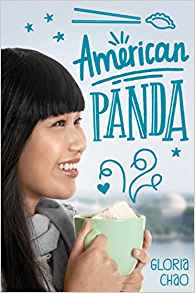 At seventeen, Mei should be in high school, but skipping fourth grade was part of her parents’ master plan. Now a freshman at MIT, she is on track to fulfill the rest of this predetermined future: become a doctor, marry a preapproved Taiwanese Ivy Leaguer, produce a litter of babies.

Over-achievers make for compelling reading, whether you love to hate them (“Sheesh, do you have to prove you’re better than everybody?”) or you sympathize with them (“That’s a whole lot of external pressure crushing you, there.”). We asked for your favorite book about an over-achiever, and here are some of your picks:

Kissing Ted Callahan (And Other Guys) by Amy Spalding

Wait for Me by An Na

My Soon-to-be-Sex Life by Judith Tewes

The Unseen World by Liz Moore

Something in Between by Melissa De La Cruz