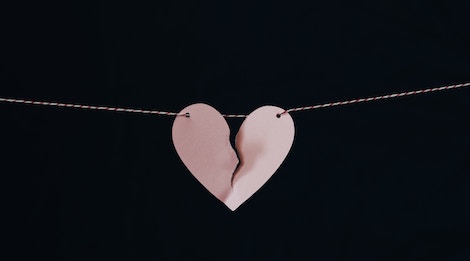 The finalists for the RITA and Golden Heart awards were announced by Romance Writers of America on Thursday morning. These are the most prestigious awards a romance author can be nominated for, and many of us noticed something.

Honestly, it’s the same thing we noticed last year. And the year before that. But somehow, it was even more blaringly obvious. Maybe because we have been talking about it so much. For literal years. Maybe because the gutpunch of “nothing has changed” that came through the Ripped Bodice Report on Racial Diversity in Romance is still so fresh. Maybe because some of us live in such a beautiful, colorful bubble of amazingness, we never thought there were people who weren’t in it. But the shock hit, just the same.

Out of over 75 nominations, between the RITAs, which are for published works, and Golden Heart, which awards unpublished manuscripts in the same set of categories with potential for publication, less than a handful were authors of color, and just as few (that I know of) were writing queer romances.

Let’s back up, shall we?

The RITA awards are the highest industry award a romance author can get. This person has to enter themselves—and at 50 dollars for the first entry, 75 for the next, it can get really expensive, really fast. Anyone who is a member of RWA (also a steep entry fee at several hundred dollars just for the national organization, and maybe a few more if you’re a member of a local chapter) can enter. Once entered, they’re part of a peer review: each entrant receives a certain number of books to read and score. They have to read those books as part of the process.

Obviously, a lot of personal, biased decisions are involved.

Let’s also note that even though Romance Writers of America was co-founded by a black woman, no black romance author has won a RITA award. Not a single one. Courtney Milan did some math last year while we were having this same conversation. And with the numbers of books published per year, the number of high-profile authors who are publishing amazing books, going up, and all of the amazing rallies for publishing to change, we thought that might change soon, too.

So when the full list of finalists was published Thursday morning, I and a few other people shared some collective side-eye—NOT because of whose books were there. I am happy for those people who were selected as finalists, and wish them all the best.

No. The side eye was about the names missing.

Without going straight to the source and asking, I can’t tell you off the bat who might not have entered. There are authors who choose not to be involved for all kinds of reasons. Beverly Jenkins shared after last year’s announcement that—even though she received the Nora Roberts Lifetime Achievement Award in 2017—she still chose not to enter, because she would never be a finalist. But I can tell you who did enter, and whose names are not there—authors whose books gave me the greatest fuzzies, hardest feels, and happiest sighs last year, like Suleikha Snyder (Tikka Chance On Me), Rebekah Weatherspoon (Rafe), Anna Zabo (Syncopation), and Cat Sebastian (Unmasked by the Marquess). I couldn’t tell you if Alyssa Cole (A Princess in Theory), Alisha Rai (Hurts to Love You), and Jasmine Guillory (The Wedding Date) decided not to enter. But I was surprised as hell to see not a single one of their names on that list. (Turns out Helen Hoang didn’t enter at all—and her reasons why are :fire-emoji:)

Reading is subjective. Reading romance, even more so. I acknowledge that I have my favorites, and I have taken to reading fewer mainstream popular romances than the average person. But I know I haven’t been living in a bubble, and there are a lot of people on twitter who agree. Courtney Milan (not just a romance author of color, but also a member of the RWA board) wrote a brilliant thread on the inherent, institutional racism within the system of, well everything, but primarily the way the RITAs were done. Bree wrote a similarly good thread. Melissa Blue was the first person I saw use #ritassowhite (this time around?) but I can’t confirm she was the first.

And Alana Albertson broke it all down. It’s. I can’t even.

There have been a lot of conversations only in the first twenty-four hours (as of writing this on Friday), and I haven’t seen all of them. A few people are offering solutions; Cat Sebastian shared a draft proposal to make severe changes to the process.

Honestly, I don’t know what to do about this. There are so many problems inherent in the system, and I am not involved in it (nor do I wish to be). I’m happy to be a part of a community that can (for the most part) have a conversation about this. I’m happy for everyone nominated (and hope that, problematic twitter behavior aside, they’re all deserving of this honor) including the authors of color and queer authors who might feel a bit left out right now. I want everyone to enjoy this experience, and it sucks that their accomplishment has to be vaguely eclipsed by this important conversation.

But it’s an important conversation. One worth having, and one that we hope might actually cause some change. To quote Suzanne Brockmann: