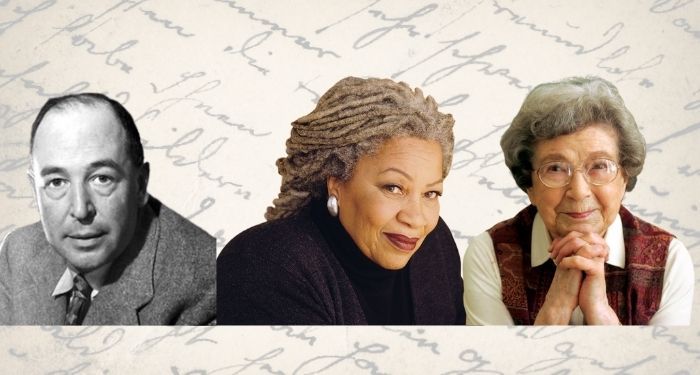 When I was a teenager, one of my favorite authors was Kate Morton, who I once remember saying in an interview, “Write the book you want to read.” She was later the subject of a school project that I did in which I included this quote of hers, but now I can’t seem to find any source to back up her saying that. But it doesn’t really matter, considering there are a wealth of authors and creatives who have been credited with some version of that quote — a fact which I had no idea of as a teen.

The best known and most accredited form of the “write the book you want to read” saying comes from Toni Morrison. In 1981, she spoke at the annual meeting of the Ohio Arts Council, where she was reported as stating, “Writing to me is an advanced and slow form of reading. If you find a book you really want to read but it hasn’t been written yet, then you must write it.” A simple Google search will tell you not only that the internet loves this quote, but that there’s no shortage of writers and authors who have said something along the same lines, making it virtually impossible to credit the sentiment of the quote to only one person.

In 1951, for example, crime novelist Mickey Spillane responded to a question of why he continued to write material that some readers, including his father, found distasteful: “I write the kind of stuff I’d like to read but can’t find. If I didn’t like it I wouldn’t write it.” C.S. Lewis, beloved author of The Chronicles of Narnia, was quoted in a biography as saying, “I wrote the books I should have liked to read if I could have got them. That’s always been my reason for writing. People won’t write the books I want, so I have to do it myself.” Additionally, in 1955, Lord of the Rings author J.R.R. Tolkien shared that Lewis had passed on that very wisdom and quoted him as proclaiming, “If they won’t write the kind of books we want to read, we shall have to write them ourselves; but it is very laborious.”

And it doesn’t stop there. After White Oleander became a bestseller when it was chosen for Oprah’s Book Club, Janet Finch said in 1999, “As a writer, I’m always trying to create the book I want to read, but can’t find anywhere. Mine happens to be for anyone with a strong stomach.” In 2002, as part of “Writers on Writing” series in The New York Times, Ann Patchett stated, “Sometimes if there’s a book you really want to read, you have to write it yourself.”

The list goes on. Anne Lamott’s most famous saying is, “I write books I’d love to come upon.” Madeleine L’Engle shared a similar philosophy concerning children’s literature: “You have to write the book that wants to be written. And if the book will be too difficult for grown-ups, then you write it for children.” Beverly Cleary is most often quoted as having said, “If you don’t see the book you want on the shelves, write it.” And I’m sure any number of your own favorite authors have said something to the same effect, as writing the book you want to read appears to be one of the most valuable pieces of advice one writer can give to another.

But the quote remains most devotedly attributed to Morrison, whose own wealth of knowledge where literature and creativity are concerned have certainly already taken on lives of their own. A fierce defender of language, Morrison knew that everyone’s story has a right to be told, even in a world that might tell you it doesn’t have a place. Thus, it feels appropriate that the quote of “write the book you want to read” is most often associated with her, as her specific brand of bravery and courage goes hand in hand with the advice of pursuing the story you want to see on the shelf but currently don’t.

As writers, we are most often told, “Write what you know.” Which is not bad advice. But I would argue that “write what you want or need to see on the shelf” is an even better tip, since it encourages us not only to commit our stories to the page but to step up to the brave act of preserving our stories for as long as someone might need them. Morrison once again said it best: “We die. That may be the meaning of life. But we do language. That may be the measure of our lives.”