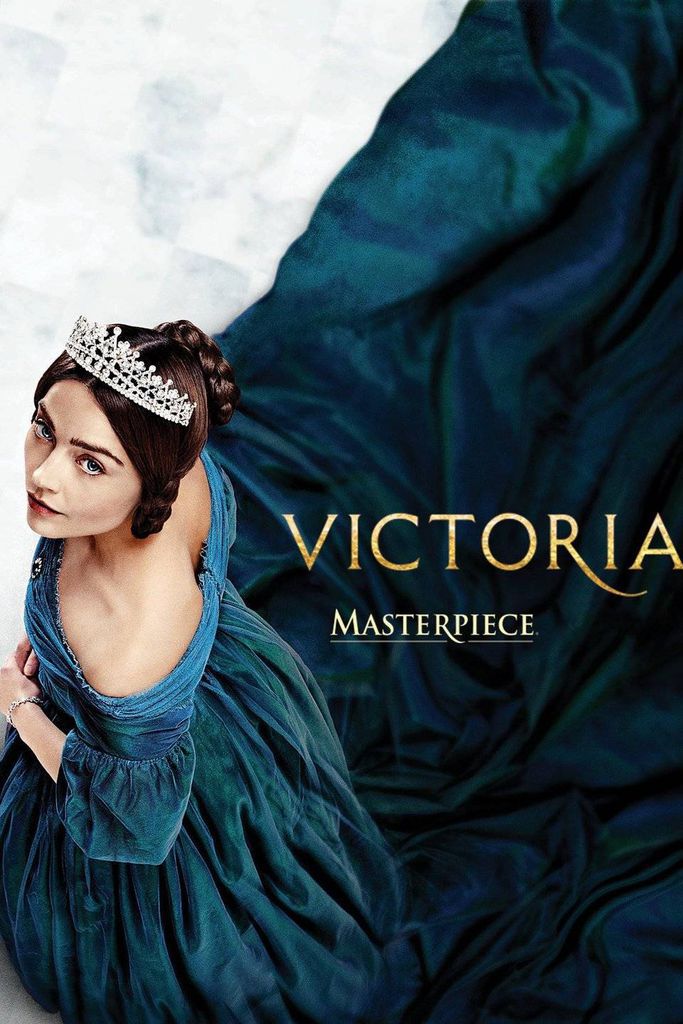 Have you seen Masterpiece’s binge-y period drama, Victoria? I’ve been watching it and I have to say that my fascination with the British monarchy continues unabated.

I LOVED Netflix’s The Crown and made a whole list of books I want to read about Queen Elizabeth and her complicated family. Now I’m watching Victoria so I’ve added this stack of books about the Queen, her beloved Albert, and our dear Lord M. 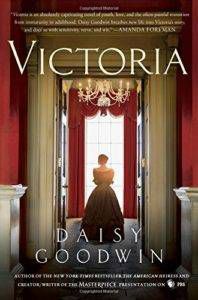 I’m not always drawn to historical fiction – I usually want straight biography with just the facts – but this novel looks great. It’s based on Queen Victoria’s diaries, of which there are many, and it’s written by the creator and writer of the PBS series, so it’s got to be good. 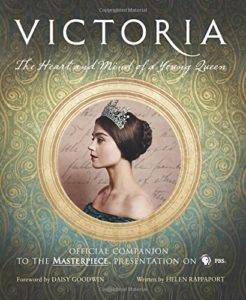 Victoria: The Heart and Mind of a Young Queen by Helen Rappaport (published in the UK as The Victoria Letters)

This is the official companion to the Masterpiece presentation on PBS, and I am always a sucker for those. They did one for almost every season of Downton Abbey, full of facts and historical tidbits. I am here for that. 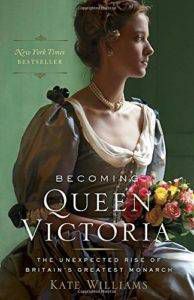 Kate Williams is the author of one of my favourite biographies of Queen Elizabeth so this one is high on my list.

“Kate Williams has perfected the art of historical biography. Her pacy writing is underpinned by the most impeccable scholarship.” – Alison Weir 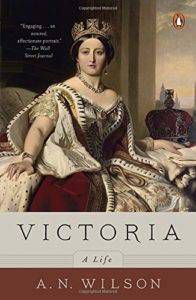 Victoria: A Life by A. N. Wilson

A proper, big ol’ biography of the Queen. I wanted to read it after I saw this charming quote from the author:

“Writing about Queen Victoria has been one of the most joyous experiences of my life. I have read thousands (literally) of letters never before published, and grown used to her as a friend. Maddening? Egomaniac? Hysterical? A bad mother? Some have said so. What emerged for me was a brave, original woman who was at the very epicentre of Britain’s changing place in the world: a solitary woman in an all-male world who understood politics and foreign policy much better than some of her ministers… Above all, I became aware, when considering her eccentric friendships and deep passions, of what a loveable person she was.” 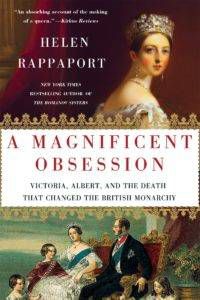 A Magnificent Obsession: Victoria, Albert, and the Death That Changed the British Monarchy by Helen Rappaport

I’ve always been fascinated by Victoria’s fascination with Albert. Did you know that after he died, she continued to have his clothes laid out every morning, for the rest of her life? This biography of the relationship that “began as a fairy tale and ended in tragedy” has been on my list for a while now.

So those are the books on my “to be read” list after watching Victoria. I’ll also give a quick shout out to one I’ve already read: The Young Victoria by Alison Plowden. It covers roughly the same period of time as the Emily Blunt movie, Young Victoria. I picked it up in the gift shop at Kensington Palace so I figure it practically has the royal stamp of approval.