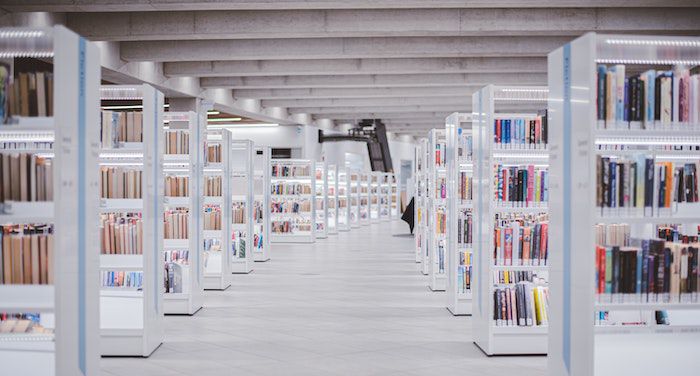 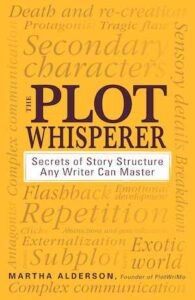 Whether you’re going back to an idea you’ve had swirling in your head for years or just seeing where your quill takes you, the Ultimate Writing Bundle will help you unleash your creativity. This toolkit includes more than $481 worth of inspirational and instructional ebooks.

When you pick up this bundle, you’ll help give back to this community-powered effort, too. Each purchase supports the National Novel Writing Month organization, who believe in the transformational power of creativity.

Pay what you want, support charity, and start mapping out those 50,000 words!

The library system where I work recently went fine-free, taking part in a movement growing across the U.S. and Canada. It’s not a new conversation; after all, in January 2019, the American Library Association passed a resolution that notes fines are “a form of social inequality” and suggested libraries should find a way to do without. However, it was revitalized this fall with the announcement of three New York City public library systems (Brooklyn, New York, and Queens) becoming fine-free. Book Riot has already covered the fine-free library movement, but as a working library professional who is in the midst of this policy switch, I’d like to dive in a bit more personally on the issue.

Overdue fees disproportionately affect library patrons with the lowest income, and those are often the users who need our services the most. According to NPR’s Emma Bowman, The San Diego Public Library removed fines “after a city study revealed that nearly half of the library’s patrons whose accounts were blocked as a result of late fees lived in two of the city’s poorest neighborhoods.”

There have always been downsides to fines. Libraries lose patrons who can’t afford the charges, impacting circulation numbers and potential future funding. And it can cause the loss of items as well; a hefty fine might scare off an anxious patron who then doesn’t return their late item at all.

Additionally, removing fines means that library staff can facilitate friendlier and more positive interactions with patrons. I went into library work to help people without selling them anything, so I personally appreciate dialing back on money conversations. And, in these pandemic times, a lot of library staff are running on empty because of staff reductions and anxiety-inducing mask enforcement conversations. Given the already heightened stress levels of library staff, more positive interactions with patrons can only be a good thing.

Going fine-free does have limits, and this can make the initial rollout process a confusing and occasionally bumpy journey for patrons and staff.

So why is it such an initially cumbersome switchover? My system sent out emails and placed posters around to notify patrons we were going fine-free but that there are still exceptions and conditions. For instance, fines still exist when users don’t pick up their holds or they return an item damaged or soiled. Again, that might vary across different systems, so don’t quote me.

In terms of conditions, the primary issue is that when the due date passes and the item still hasn’t been renewed or returned after 3–4 weeks, the system considers it lost and patrons are charged a partially non-refundable fee.

Pretty straightforward because three-plus weeks is a long time not to renew or return, right? Sigh, it is not. Because people saw the fine-free part of the message and went hurray! And then, they stopped reading. Anyone who works with the public knows that signs are rarely read and emails are often skimmed; I can’t blame people either, as I’ve missed obvious notices before too.

Still, that disconnect has led to patrons ranting at my coworkers because they kept the item without renewing it, eventually incurring high lost item fines. It isn’t cheap to replace something, and patrons can end up liable for $30 or more (exceeding what most would have paid in their average fines anyway). And if you are a parent of four kids and took out 20 books during your last visit? Well, all those “lost” books add up quickly and dauntingly.

Sometimes people want to know when an item is due so that they can check it out immediately upon its return, but, realistically, even before the shift to fine-free, lots of people didn’t return or renew their books on time. Patrons will always need to adjust their expectations. Another complaint against fine-free we’ve received is that some patrons want to pay fines to the library because they appreciate supporting us; may I recommend donating to the library instead? We’d love that.

Libraries Are for Everyone

Just weeks ago, Library Journal’s Meredith Schwartz posted an editorial in support of the fine-free movement. Schwartz noted that “It isn’t easy to make a case for giving up revenue at a time of belt-tightening. But that’s also when it is most needed because library users are tightening their belts, too.”

Since the pandemic is ongoing, many library users are still not fully back at work and removing fines will save them more money than charging fines makes for us as a library. So, Beloved Library Users, if your library has gone fine-free recently, just make sure you read the whole announcement for specifics. Happy borrowing!