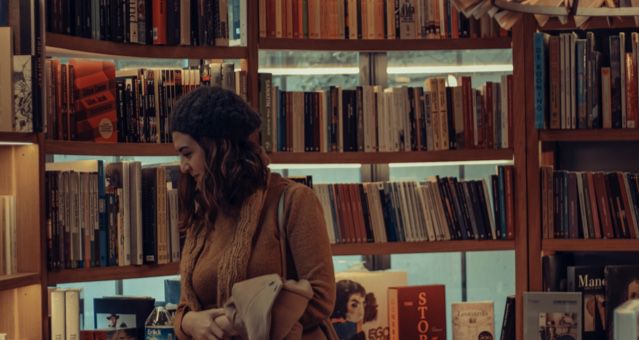 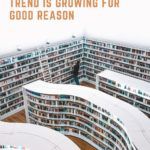 Over the summer, my mother-in-law had an aggravating run-in with the library police. As a frequent borrower and long-time patron, she borrowed a work of fiction and returned it as scheduled—the book got wet in the process, but she managed to dry it out and return it to a nearly unscathed condition (or so she explained to my husband and me). I’ve never seen the book, but my MIL is not one for telling tall tales. She explained that the book was in a poor state to begin with, but she didn’t think much of it. I expect many borrowed books that have been taken out over and over through the years have a similarly disheveled appearance.

Once returned, she went back to her regular routine; one dotted with hospital visits to see her elderly ailing mother. The summer was rife with stress and eventual tragedy, and it also involved the arrival of a formal letter from the local library. The strongly worded letter that requested she pay for the replacement of the book or lose her library privileges entirely seemed a bit like overkill, said my MIL. I suggested that it made sense to pay a fine. They needed to replace the book, after all. She insisted the book was in a lousy state originally and she wondered how they even policed such things. How was it fair that she, as a long-time library goer, deserved such a threatening, forceful letter? She could afford to pay the fine, but it was the principle of the matter, she insisted.

After some thought, I settled on the opinion that the letter was indeed a little much. A fine makes sense in the case of damaged materials. Many libraries, even those that are fine-free, charge for the replacement of damaged books. But the you’re in big trouble letter felt odd. I began to think about library fines in general and how they too have an air of paternalism that feels out of place for a service meant to encourage literacy and promote the magic of reading.

For the record, I contacted said local library for this piece and never received a response. I wanted to speak to someone about their fine policy—they have a robust one, unlike the scores of libraries across North America that are beginning to eschew fines altogether.

What’s the purpose of a library fine?

In University, I signed up for an independent course. I was to conduct my own research on a topic of my choice—approved by an advisor—and write a chunky paper. I took out a hefty stack of books on FDR for the occasion and planned to pour over the tomes indoors while friends and family spent time basking in the sun. Halfway through the semester, I was blocked from continuing to renew the books. I also refused to bring the books back. I needed them for my research and still wasn’t finished with my paper. I refused to return the books and ended the semester with an A. At the start of the fall semester, I shamefully walked into the McGill University library and handed over my credit card to pay my overblown fine.

I suppose the purpose of the fine was to encourage me to quicken my research and return the books, a deterrent to hogging material if you will. Except, it didn’t work, did it? I was so embarrassed by the fee I had incurred that it took an extra few weeks to work up the courage to get my butt to the library. As a student, I didn’t have extra cash lying around to pay library fines, so I paid it off with my credit card. I discovered that since I graduated years ago, the McGill University library has done away with fines for students, though recalled materials are still fair game.

A fine is often more likely to act as a deterrent than it is to encourage someone to return to the library at all. If you can’t afford to pay your late fee, you might eventually slip the book back in the return slot—most people aren’t heading to the library to steal and hoard books—but you’re unlikely to return and borrow again with a fee hanging over your head, especially if you can’t afford to pay it. That’s why events that encourage library-goers to pay their fines with food are a bit confounding. After all, in many areas, low-income residents make up a large portion of patrons.

For the patrons who have means, a fine is hardly a real issue. This means that they serve to punish those in need, those who truly need the services the library provides. Fines aren’t just a library-bound problem either. Fines can impact your credit if your library is in the habit of turning over unpaid fines to a credit agency.

They can also affect job prospects and involve the police like a recent case that occurred late last year in Michigan, where an overdue fine turned into an arrest warrant (that escalated quickly!).

There’s also apparently some perception that libraries run and get by according to the fines they collect over the year. In fact, Laura McGrath, the Deputy Director of the Skokie Public Library, wrote to me in an email to say that the library projected that their slashing fines for youth materials would put a minuscule dent in their revenues—a measly 0.1%. To those who think libraries need your fines to keep on chugging, it depends entirely on the library in question.

McGrath also told me that “it’s pretty clear that overdue fees don’t guarantee the library materials will be returned in a timely fashion.” She suggests that a block on loans when materials are overdue is much more effective.

Let’s not forget that for libraries, collecting fines is a pain. An article from the Library Journal explains that it takes time and money to handle and collect late fees. Staff needs to be trained and hours need to be allocated to contacting patrons and hunting down unpaid fines.

The fine-free trend is growing, and libraries across North America are getting on board. The Chicago Public Library system had arguably one of the most high-profile switches to a fineless system in 2019—it’s the largest public system in the U.S. to do away with fines altogether.

Before the move, patrons were barred from taking out new loans once they reached a total of $10 in fines. A considerable chunk of locked-out patrons were from Chicago’s South Side, a disproportionately poor area. Even more significant, a fifth of locked out users were children under 14. In a press release from September 2019, Chicago’s mayor, Lori Lightfoot explained that the decision to go fine-free was part of a larger effort to “promote economic inclusion for all of Chicago’s communities” in addition to removing barriers to library access for all patrons and potential library-goers.

Chicago’s library system isn’t the only one with a high percentage of low-income patrons. McGrath wrote to me in an email that the goal of the Skokie Public Library’s fine policy—which eliminates fees on youth materials—is meant to “[p]romote equity of opportunity through development of resources, programs, and services that reflect Skokie’s diversity and are accessible to all.” According to McGrath, patrons within Skokie’s lowest income bracket had the highest percentage of cards blocked as a result of fines. Although the new fine policy has been in place for only a short while, she was able to tell me that there’s already fewer youths and young adults incurring fines and late fees on their accounts. When I inquired about further plans to get rid of adult fines, she explained that it’s something that “may be part of a future proposal to the board.”

Other than championing inclusivity, what other positive outcomes result when a library goes fine-free? McGrath says that there have been reduced instances of negative interactions with patrons regarding late fees and fines. She explained that staff has relayed that “[w]hen [patrons] learn that there are no overdue fees on youth materials they are very appreciative and express enthusiasm for continuing to check things out.”

Peter Bromberg, the Executive Director of the Salt Lake City Public Library, says that since going fine-free in 2017, the library has seen a rise in the number of new patrons and a higher number of borrowed books. The library also activated an auto-renewal system and saw a 5% decrease in lost or late books. Hold times did increase, but Bromberg points out that the change is likely due to a higher number of borrowers requesting and checking out materials. He ended by saying, “There were literally ZERO negative consequences. I’ve probed this with staff and tried to extract some data or story that reflects a downside or a problem. There just haven’t been any.”

Fine-free libraries aren’t anything new. Cleveland’s Public Library has been ahead of the curve for a while. Fines for seniors were eliminated in 1977, fines on children’s materials were done away with in 1978, fines for disabled patrons were trashed in 1992, and in 2001 fines for homebound patrons and young adult materials were also eliminated. The communications manager for CPL, Kelly Woodard, told me in an email that overdue fines don’t represent enough of a significant chunk of the library’s budget to worry about getting rid of them.

While U.S. libraries are quickly hopping onto the fine-free train, Canadian systems have a lot of catching up to do. I took a peek at fine policies for several local and non-local libraries around my community and wasn’t impressed with what I saw. All of the libraries located near me—several of which cater to low-income communities—have strict fine policies in place. Outdated perceptions and a classist mentality allow these important barriers to access to persist.

People don’t need fines to feel motivated to return materials. A system that punishes doesn’t succeed over one that encourages and fosters a sense of community and inclusion. A patronizing fine system isn’t doing anyone any favors. Here’s hoping that the fine-free wave continues to sweep the nation and make libraries accessible, inclusive spaces across the board.

If you’d like to find out whether there’s a fine free library near you, check out the Fine Free Map, a super helpful resource for finding libraries that do not charge late fees.

Want to see changes at your local library? Get in touch with local representatives, and let your voice be heard!