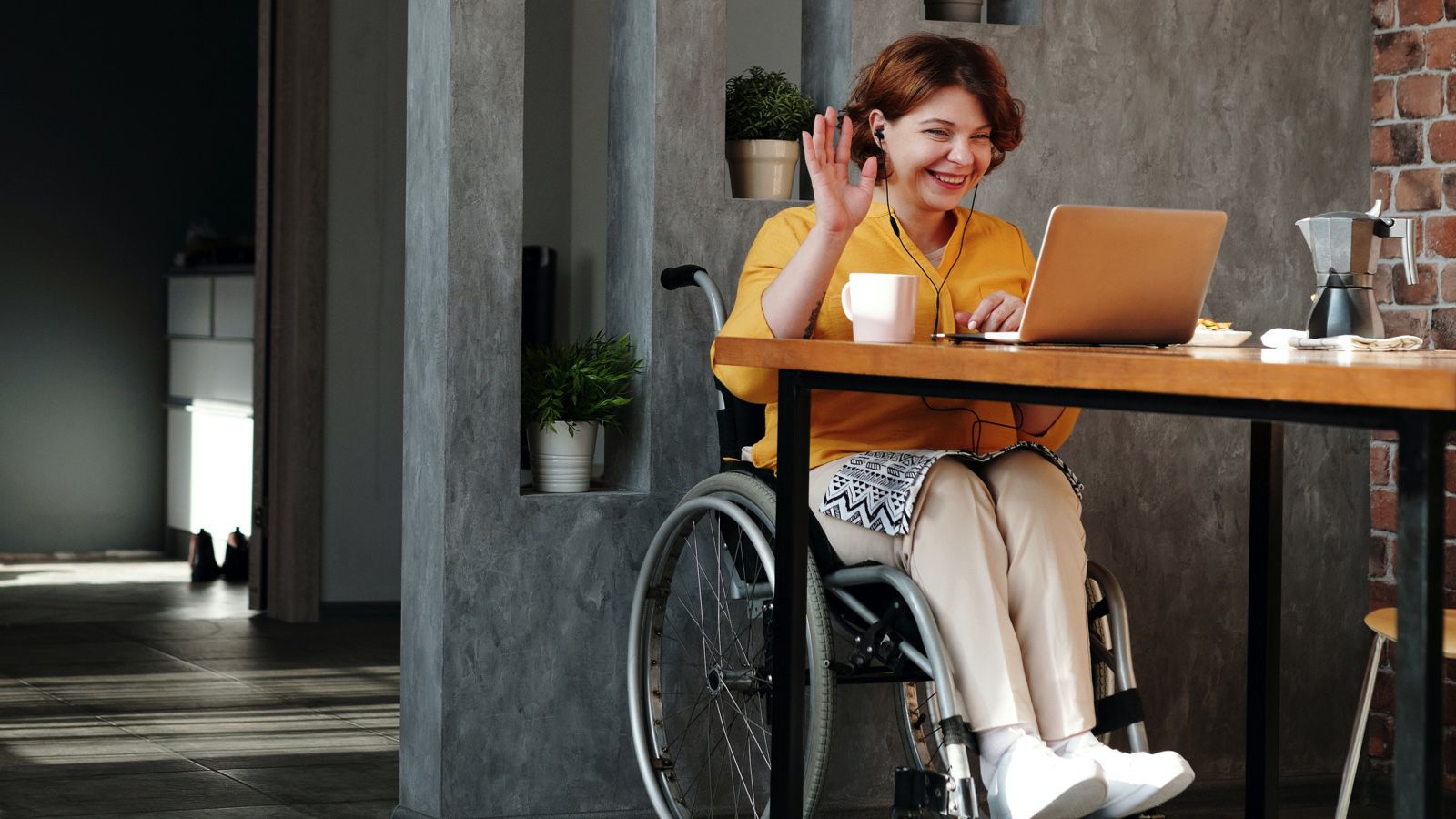 Books are always a trusted coping mechanism during stressful times. For all that reading is usually a solitary activity, it also is, when it comes down to it, about community. At the risk of venturing into Cliché Central territory, we read because we want to feel connected to others. Book clubs take this connection one step further. Eben Ramsey, from The Guernsey Literary and Potato Peel Pie Society, said it best: “We clung to books and to our friends; they reminded us that we had another part to us.”

During the pandemic, many book clubs have had to stop meeting in person. However, like plenty of other groups of people who gathered to discuss a common interest, they took to Zoom and other meeting platforms to stay connected. This had consequences, naturally. Sometimes bad, sometimes lovely. One of the latter is that more people could join. In a way, virtual book clubs ensured that more connections could be made.

When I first begun prepping for this article, I did what I often do at the beginning of research: I sent out a tweet asking for people with some experience on the topic if they were willing to answer some questions. But, unlike the usual three or four replies I tend to get, I was surprised when no fewer than fifty people volunteered, all enthusiastic to talk about their book club experiences. That’s when this article shifted from a strict “This Is How Virtual Book Clubs Work” to “… Oh. There’s Something Deeper Going On Here.”

My own personal experience

This topic sparked my interest for personal reasons: I myself joined two book clubs after the beginning of the pandemic. Living alone, and now working from home, it was either find a way to talk to people or slowly lose what was left of my mind. So when I heard of Readership Book Club, I signed up immediately. During my research for this piece, I learned about Beers & Bard book club, a fantastic group of people who get together to portray Shakespeare plays over drinks. Although they’re based in Austin, Texas, I was able to join a few meetings from my apartment in the South of Argentina. Talk about fostering connections.

I ended up interviewing close to twenty people. A minority of them ran their book clubs, while the majority were participants. Some of them were theme-specific: Shakespeare, Young Adult, Middle Grade, romance, anti-racism, queer lit. Others were not. Some were ran by official institutions, others were comprised of friends who came together to discuss books and have fun together. Some of the clubs had made the transition from in-person to virtual, some had always taken place online.

The downsides of virtual book clubs

A common thread in the responses, when I asked about the differences between in-person and virtual book clubs, is that members missed the face-to-face they got previous to the surge of the pandemic. Many were also used to meeting over coffee, drinks, or food, and they felt the lack of that sense of gathering. Leora Spitzer, organizer of the Jewish Sci-Fi and Fantasy Book Club, based in St. Louis, Missouri, explains: “The biggest differences are in the social time surrounding the meetings rather than the discussion itself– several of us used to go out for ice cream at the ice cream store next to the book shop when we were meeting in person, for example.”

Another frequent complaint is about tech and connectivity issues. Kathleen Kennedy, member of the Society of Children’s Book Writers and Illustrators (SCBWI) Iowa’s MG/YA discussion group, points out: “There’s always a tech problem.” Susan Velazquez, organizer of the Union Square Book Club, based in NYC, agrees: “(…) if people have connectivity issues or (are) experiencing loud background noises during a meeting, that (…) throws the rhythm off because we have to take a pause to make sure we’re all back on the same page together before we keep the conversation moving along.”

Susan also mentions that “our conversation flow tends to move at a slower pace. In person, it was much easier to pick up on each other’s conversation cues and figure out when was the right time to jump into the conversation without interrupting someone else. Now meeting virtually, there’s a lot of “I’m sorry, you go ahead.” “No, you go ahead.” “Oh were you saying something? Sorry, didn’t mean to cut you off!”

The upsides of virtual book clubs

On the other end of the spectrum, a feature of virtual book clubs that was constantly praised was the opportunity to connect with people geographically distant. Natali Jornet and Daniela Beunza, organizers of Readership Book Club, based in Neuquén, Argentina, sum it up like this: “(…) we realize that there are positive issues about this virtual community, like being able to be in touch with readers from different places: this gave us the opportunity to get to know people from different parts of our country.” Tamara Cherry, member of the Bookworms book club, based in the Greater Toronto Area, in Canada, couldn’t agree more: “In October, I moved two provinces away. One of the most heartbreaking parts of my move was leaving my bookclub, so having it virtual has been a nice way to transition to my new reality. Post-pandemic, I plan on joining meetings virtually, provided I can’t line up a business trip or vacation with the meeting.”

A related consequence of this further reach is the exposure to different perspectives. Anjeanette Miller, member of the Anti-Racism Zoom Bookclub, explicitly praises this side of virtual book clubs: “I felt like it was a great way to access others all over the country because it was virtual. Which is what makes the book club more interesting to me. I think it makes it easier now to be able to discuss these books online with others.”

Virtual book clubs during the pandemic also helped people keep up with their reading habits, fighting the slump that attacked so many of us at the height of lockdown. Anjeanette says: “I will admit I had a hard time reading the first few months of the pandemic. I couldn’t concentrate long enough to read. Having a goal every month helped with that.”

But overall, the biggest benefit of virtual book clubs during the pandemic seems to be the sense of community and familiarity. Tamara points out: “We can no longer host each other with food and wine, but when the pandemic happened, our book club took on a new, important meaning. When the lockdowns began last year, we were all feeling anxious, scared, uncertain. We called a meeting ahead of our next scheduled book club meeting, just to talk. It was the first time we’d done that, without a book. Many of us cried. It was so comforting to have something familiar, even if it was virtual. Since then, we’ve continued with our regular meetings every month or so, virtually.”

Brittany Bunzey, organizer of The Story Keepers, a book club geared at kids aged 8-12, brings up the importance of this club for the children: “Our book club is really a community point for the kids. Some weeks we don’t get much book discussion in because the kids just are chatterboxes and just need to be able to talk with kids their age, but most days we get a solid 30 minutes of book discussion in!”

In some cases, the need for community was the catalyst for the club’s existence. Such is the case for Jewish Sci-Fi and Fantasy book club. In Leora’s words: “While we had vague discussions about the possibility of having a synagogue book group before the pandemic, I do think the pandemic was in many ways the catalyst for making it actually happen. Unlike many other kinds of socializing at synagogue, a book discussion lends itself pretty well to the virtual format, and we were all eager to have more opportunities for structured socializing and seeing each other.”

In the End, We’re All Thankful

To nobody’s surprise, it appears that virtual book clubs are not one-size-fits-all. They have their upsides, but also their downsides; and these are often opposite sides of the same coin. Something that I feel is important to highlight is accessibility: virtual book clubs make it possible for people who might otherwise not be able to attend meetings (whether it’s because of geographical obstacles, disabilities, or other reasons) to take part in them. On the other hand, while the Internet has made a great deal of things more accessible, we shouldn’t let ourselves forget that Internet access is also a privilege that not everybody has.

Throughout my prep for this article, however, I noticed one single common thread: whether people loved the virtual format or were desperate to return to normal in-person meetings, they were all thankful for the opportunity to bond with people over the shared love of books. To my surprise, my article about virtual book clubs ended up not being about virtual book clubs at all: it’s about people, reaching out to each other, connecting over something that is, at its core, about community. It’s about love, resilience, and getting through these excruciating last couple of years. Together.