One of the most jarring things to me when scrolling through Goodreads reviews is when I trip across a 5-star rating, and just next to the blazing 5 stars is the text (Review from the author). Whaaat?

I think a lot about ratings on Goodreads, so seeing an author impact their own score gives me some serious pause. It’s certainly an issue with lots of opinions in the Goodreads community. Personally, it rubs me the wrong way. Hey, I generally say more power to an author doing whatever hustle to get their book in some hands and pronto, but there is something naggingly disingenuous about honking your own horn this way.

But maybe you feel completely different about it. So, I wanted to outline some thoughts about this to make sense why I’m pretty opposed.

Authors shouldn’t be able to “fix” their rating

When a book already has tons of reviews, one drop in the ocean won’t really affect it. Patrick Rothfuss’s self-deprecating review of The Name of the Wind is super unlikely to have thrown off the half-million ratings it already has. It’s mostly harmless fun, even if you think a little tacky.

But when a book is just starting, one rating has a huge impact. For instance, a few years ago, a poetry book I read had only four (non-author) ratings. I left it 2 stars, and all the ratings together averaged about 2.75 stars.

But since the author rated it himself (5 stars, naturally), it has 3.2 stars, a world of difference and a definitely better looking score. I would probably skip a book with 2.75 stars, but I’d take a chance on 3 stars…unless I knew it was artificially boosted. Yuck.

Of course authors can have an opinion 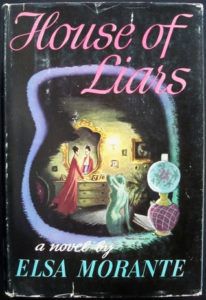 Authors can and do like or dislike their own work. I love the little story of Italian writer Elsa Morante talking with her translator friend William Weaver. At a dinner party, Weaver mentioned he had read and enjoyed her novel, House of Liars. Elsa replied:

“Oh, how I envy you, to be able to approach my novel for the first time, to see it fresh. Oh, you are so lucky!” 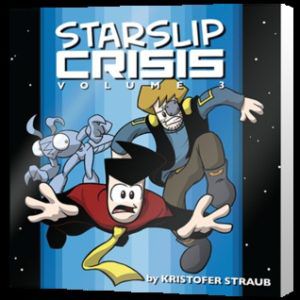 On the flip side, cartoonist Kris Straub left a rating on Goodreads for his own Starslip Crisis Volume 3…a 3-star rating. I’ll admit, it’s refreshing and kinda endearing to see a creator be pretty frank publicly about the shortcomings of their own work. But will all authors be that honest? I’m immediately skeptical of any author who genuinely believes they’ve created a 5-star masterpiece.

Fake accounts are a flat-out no.

Regardless of anything else, I think we can at least all agree that making fake review accounts to pad your rating is just plain gross. That’ll definitely sour my opinion if I get the distinct whiff of something fishy going on.

Should authors be straight banned from leaving reviews on their own work? I don’t know. I lean towards no, but I would certainly like it if they restrain themselves.

If I had it my way, authors could leave reviews of their own work, but not ratings. In fact, I’d love if they did that, reflecting on their work and giving insight into their thought processes for interested readers…without affecting their rating.