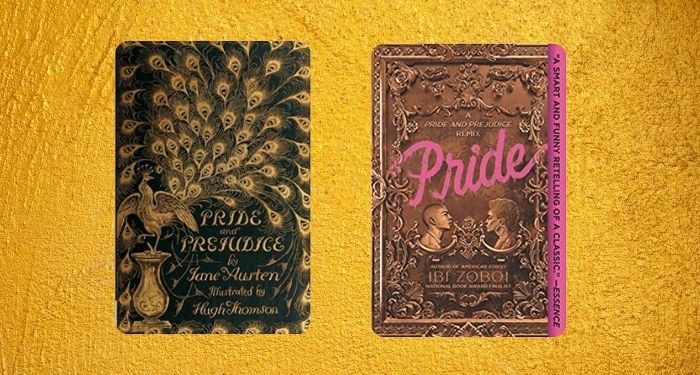 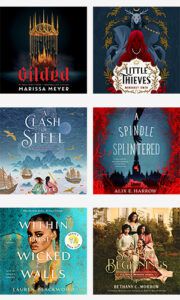 As a self-professed book lover, author, and English major, it’s not entirely surprising that most non-bookish people in my life assume that I’ve read, well, everything. But this is especially true when it comes to classics of English literature that the average person has only heard of and not necessarily read themselves. And it’s true that I’ve read a lot of classics, but want to know a secret? Before I read many of the great classics, I read retellings…or I watched the movie adaptations.

I’m not ashamed of this, but it shocks a lot of people. There’s this pervasive idea that 1) the book is always better than the movie, so therefore one should always read the book first, and 2) retellings might “spoil” a classic, so again, the classic should always be read first. I say to each their own, but these are arbitrary rules that don’t actually encourage the love of reading, and they don’t actually foster an appreciation of the classics themselves.

As a young teen, I was bookish and a bit of an overachiever but I don’t think even I would have made it through Jane Eyre the first time I picked it up at 14 if I hadn’t already seen the adaptation starring Charlotte Gainsbourg (and a young Anna Paquin!). It was so dense! And the first hundred pages were so boring! Of course, I see that book differently now, but viewing movie adaptations first, especially BBC productions, are what got me through my first read of many classics, including Jane Eyre, Pride and Prejudice, Emma, and more.

Once I figured out in college that (sometimes) watching an adaptation or reading a retelling of a classic made it easier for me to get through the classic, I sought out a lot of retellings. Sometimes, this resulted in me picking up the classic for myself. Sometimes not. And that’s okay! Maybe I’ll circle back around in the future, but in the meantime, I’m just glad to have added to my understanding of classic literature, albeit in a roundabout way.

The first time I ever encountered pushback to this practice beyond the idle comment about how weird this was was working with the teens at my local library. I picked A Study in Charlotte by Brittany Cavallaro as our first teen book club pick and a few parents fretted over whether or not their teens could participate if they hadn’t read Sir Arthur Conan Doyle. I said, “I don’t care if they have or not, but either way, this is a great book!” There was some doubt, and one parent insisted their teen check out the classic alongside the book club pick, but the book ended up being one of the most popular picks we ever had. I was delighted to learn that for some teens, reading Cavallaro’s novel inspired them to pick up a few original Sherlock Holmes stories. Obviously, this made my English major heart happy, but even if those teens never read Doyle ever again, I’d be content knowing they read a great book that added to their cultural literacy.

Similarly, since I wrote my own retelling — Pride and Premeditation, a murder mystery retelling of Pride and Prejudice — I have been a little surprised by how many readers fretted over whether or not they could read my book because they hadn’t read Austen before, or how many readers apologized for enjoying my book despite having never picked up its inspiration. My intent in writing my book is that it would be enjoyable to anyone who picked it up, regardless of whether or not they love Jane Austen. Of course, the Austen fan in me would love to load readers up on her work…but I honestly believe it’s just enough that people keep talking about classic books.

Classics are books that endure across time, because an audience thinks they’re worthwhile. And one way that classics endure is because we keep finding ways to retell and recast their stories. Like the BBC TV and movie adaptations of classics that I devoured as a teen, they can hook our attention and pique our curiosity about books that we might not be otherwise interesting in. But retellings can also add to the conversation about book’s original ideas, and offer an opportunity to take classic storylines and characters that are often very white, cis-gender, and sometimes even conservative in their ideals and expand them to include diverse characters and perspectives. Ibi Zoboi’s Pride takes Jane Austen’s message about society and class in Pride and Prejudice and explores those ideals in a neighborhood in Brooklyn experiencing gentrification, starring an Afro-Latina heroine. Re: Jane by Patricia Park is a Jane Eyre retelling that recasts Jane as a Korean American orphan split between two cultures, and still addresses the same questions of identity and value that the original Jane faces in Brontë’s classic. This is also an opportunity for certain dated or problematic ideas that may be found in classics to be given a more modern update. Jane Steele by Lyndsay Faye recasts Jane Eyre as an accidental serial killer, but her updates to the plot and the character pick at 18th century colonialism and racism. And Bethany C. Morrow’s So Many Beginnings is a retelling of Little Women that stars four Black sisters living in North Carolina in 1863, and chronicles the lives of the sisters as they look to the future but still acknowledge the legacy of slavery in their lives.

Another wonderful advantage to retellings is that as the market for classics and fairytale retellings has expanded, more and more retellings of lesser-known or less popular classics have appeared, which in turn elevate the original in the reader’s consciousness. Patricia Highsmith’s work might not be on the average teen’s reading list, but teen readers might be inspired to pick up her work after reading Genuine Fraud by E. Lockhart, which is a clever homage to The Talented Mr. Ripley. Although Anna Karenina is a well-known classic by Leo Tolstoy, Jenny Lee’s retelling, Anna K, is set in the posh high society circles of modern New York City, offering somewhat fun entry point to the classic that might be a bit heavier and denser for modern readers.

And of course, retellings are just fun. I often marvel at the creativity behind so many different retellings, and how authors continue to take a well-known tale and spin it in completely new directions. There are so many different genre spins on classic literature, and you definitely don’t need to read the source material to enjoy the work. Sure, you might recognize a few Easter eggs or plot points if you have, but the point of retellings isn’t that they quiz you on classics, but that they open you up to new possibilities.

Each time a retelling is launched into the world, it extends the life of a classic by inviting new readers in and exploring old and new ideas side-by-side. So I say bring on the retellings, and don’t feel bad for a single second if you haven’t read their corresponding classic!