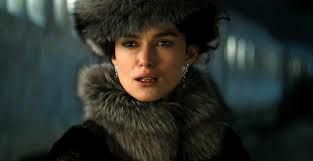 Roxane Gay is pro-unlikable characters. As is Claire Messud, as is Meg Wolitzer.  Jennifer Weiner is pro-likable characters. So many, many people in the literary world seem to have an opinion on this matter. Me, I’m not really comfortable taking a stand because I’m not entirely sure I understand the argument, and moreover I’m not entirely sure ANYONE really understands the argument.

It needs to be noted that this debate is almost entirely focused on female characters. We don’t talk about whether we “like” Humbert Humbert or Ahab; we DO talk about whether or not we like Madam Bovary and Anna Karenina. This is a gender argument. It sucks hard that it’s a gender argument where male characters are politely asked to leave the ring while female characters are left to exchange blows, but lots of things suck, I guess it’s all, like, part of the human experience or whatever.

It’s not that this is a topic unworthy of debate, on the contrary, I’m so glad there are so many people speaking up, stating opinions, raising questions. It’s just that there are some opinions I haven’t heard stated, some questions I haven’t heard asked, or for that matter, answered, and I wanted to take a couple hundred words and run through my short list of items I wish were a part of the conversation.

ARGUMENT I WISH WAS PART OF THE DEBATE #1

Fine, okay, those are the classic definitions, but here’s the problem with those definitions, they don’t apply to everyone’s reading sensibilities. We all have different qualifications for what we like and don’t like in people, and it stands to reason that would transfer over to what we like/don’t like in characters.

For example, I can’t stand aggressively selfish characters just like I can’t stand aggressively selfish people in real life. It’s one of my buttons, everybody has them. On the flip side, I’m fine with prickly and difficult people, okay, maybe not FINE, but I still like tons of people who are prickly, and I like characters who are difficult too. The traits I can and can’t tolerate apply to both men and women, fictional and factual. So how can we say what a “likable” or “unlikable” character is when the question isn’t objective, but rather it is the MOST subjective question.

ARGUMENT I WISH WAS PART OF THE DEBATE #2

Sometimes the reason we don’t like a character isn’t because of the negative trait the character possesses, but rather because the negative trait holds the character back from growth. It’s one of those storytelling basics, you want to see characters grow, change, learn, and there are tons of classically “unlikable traits”(selfishness, maliciousness, anger issues, a predilection for manipulation, self-pity) that tend to make it difficult for characters to grow, change, learn, and in some cases make it outright impossible. Does a character have to grow/change/learn in order for a story to work? Most of the time, but not all the time. Something has to change by the end of your story (otherwise, you know, no story) and it’s often a good idea for that something to be your main character. Sometimes I feel like when an unlikable character is defended, what’s really being defended are the boundaries that character is crossing and rules she is breaking (which I’m ALL FOR) and sometimes I feel like it’s a defense for characters who aren’t active or interesting enough (which I’m LESS FOR, or, to put it another way, NOT AT ALL FOR).

Where do you stand with regards to the ongoing likable/unlikable character debates?