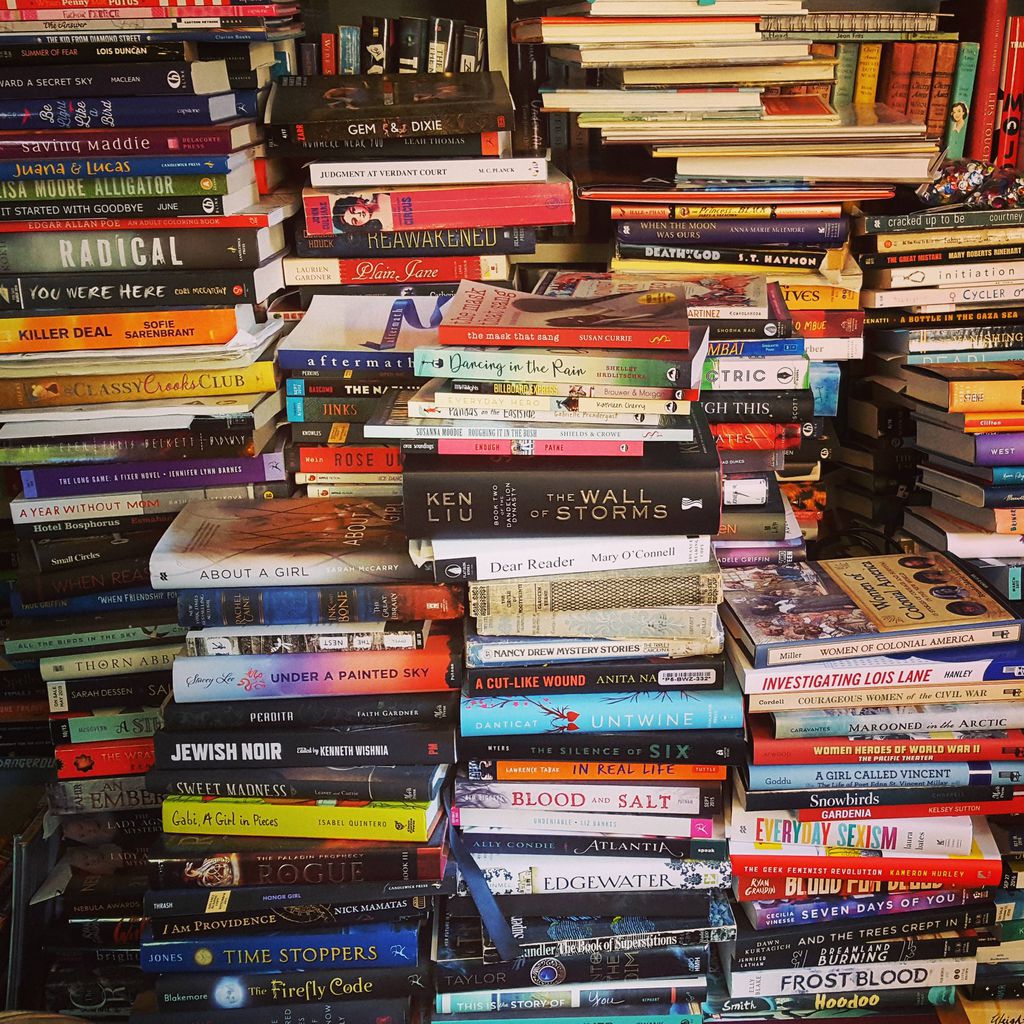 Answer: Yes. Yes, she absolutely can.

Over the course of the past weekend, I dealt with this situation: 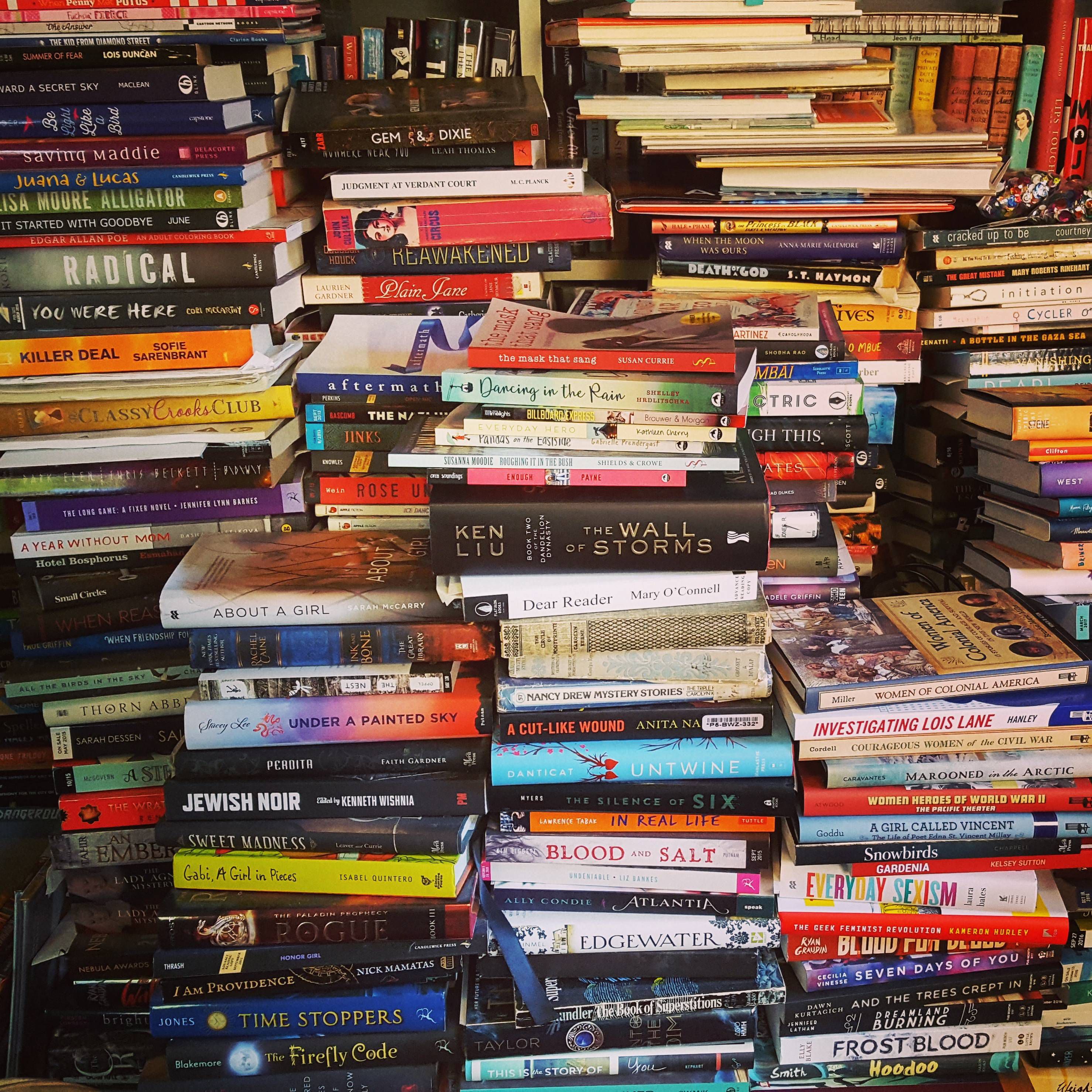 My husband calls it The Cube.

He’s called it that for years, because this is only the latest in many, many visits from The Cube.

(I’m guessing that a lot of you out there can relate?)

So, despite the fact that I have a whole lot of shelf space, every few months the overflow becomes The Cube, and suddenly it feels like there’s a third person living in our (extremely small) house.

And that’s when the weeding begins.

Here’s a picture of what I ultimately discarded: 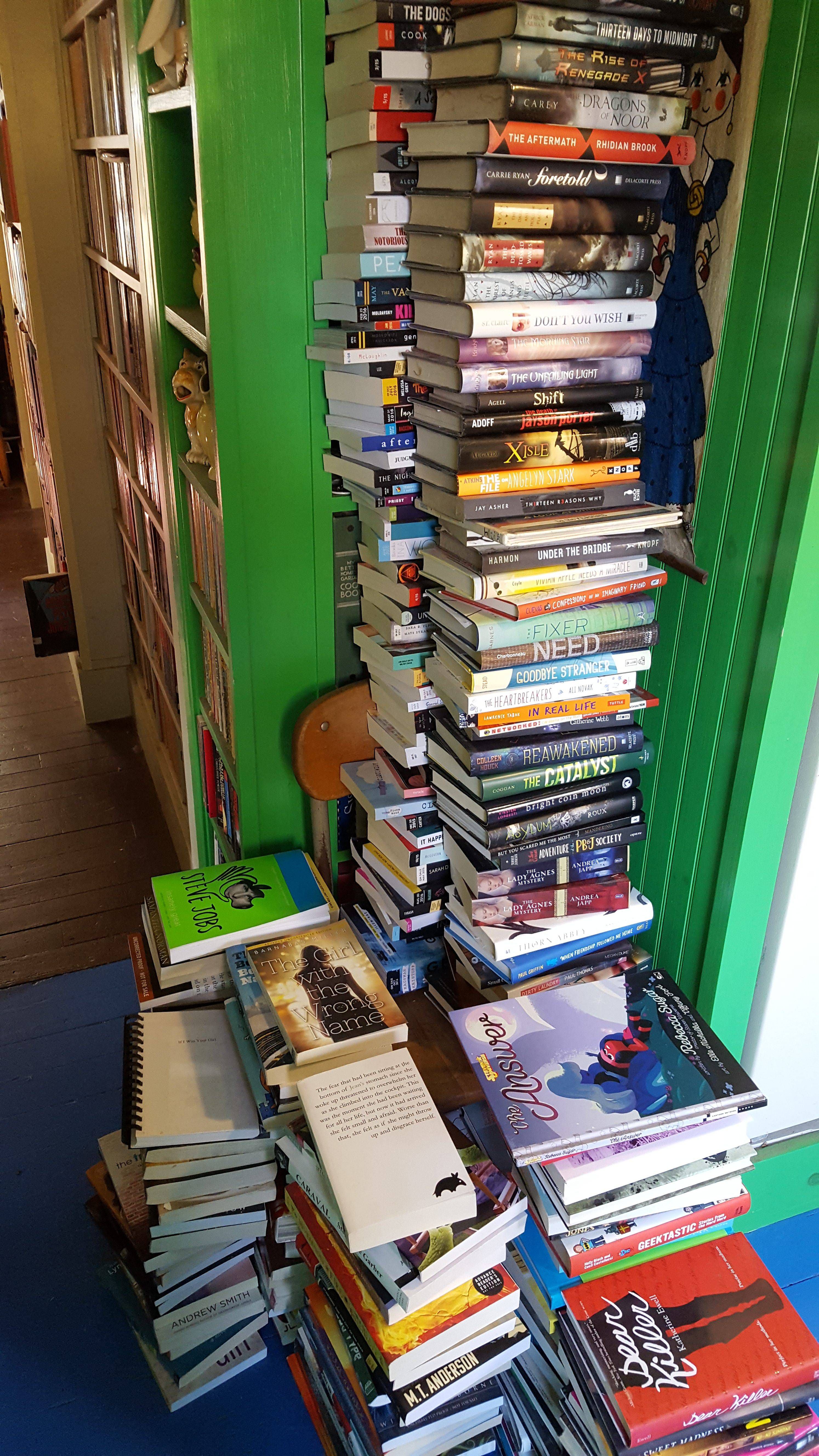 Then comes the hard part: dealing with the rest. 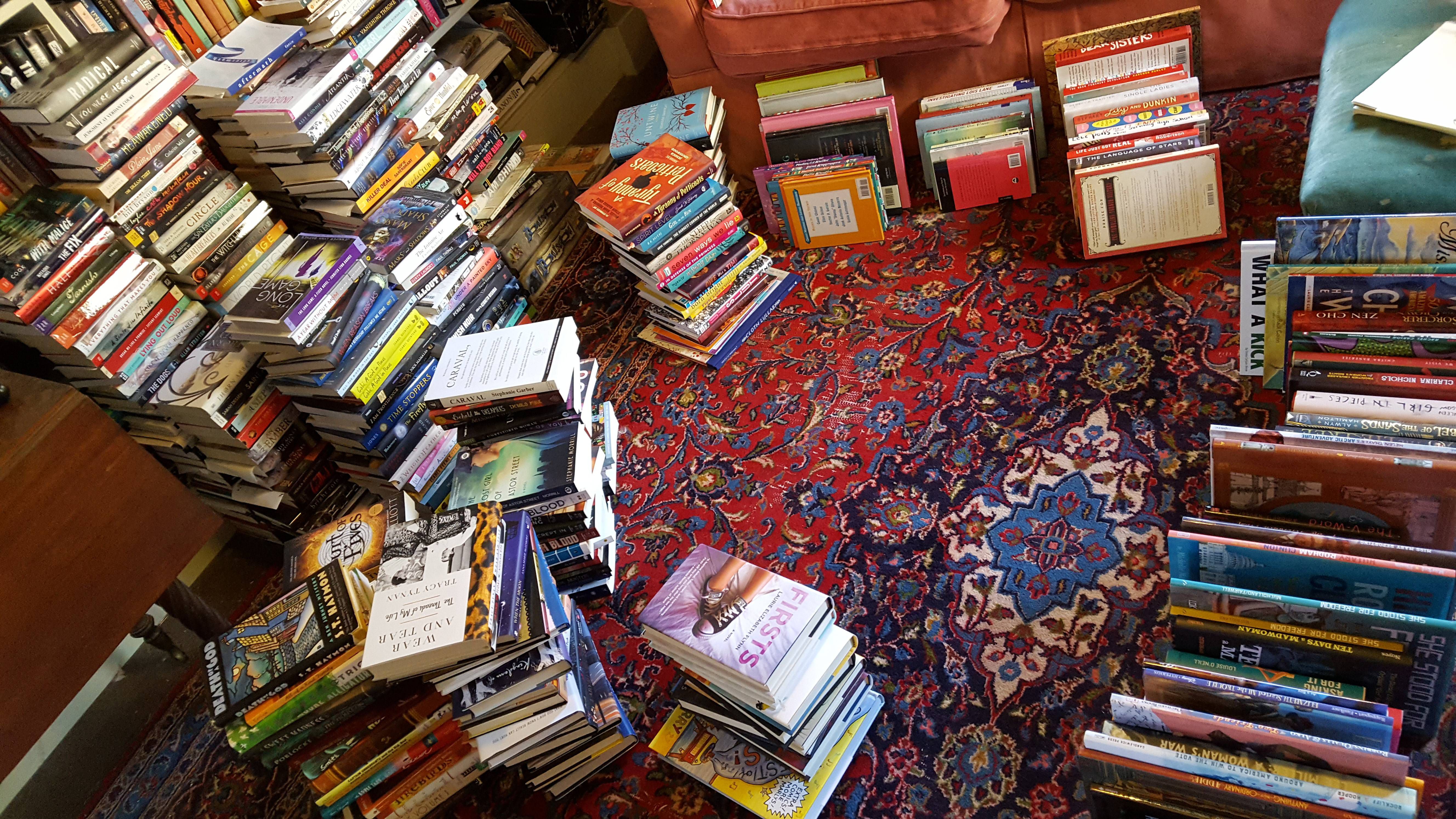 Here’s part of the (almost) finished product—also known as the Former Home of The Cube: 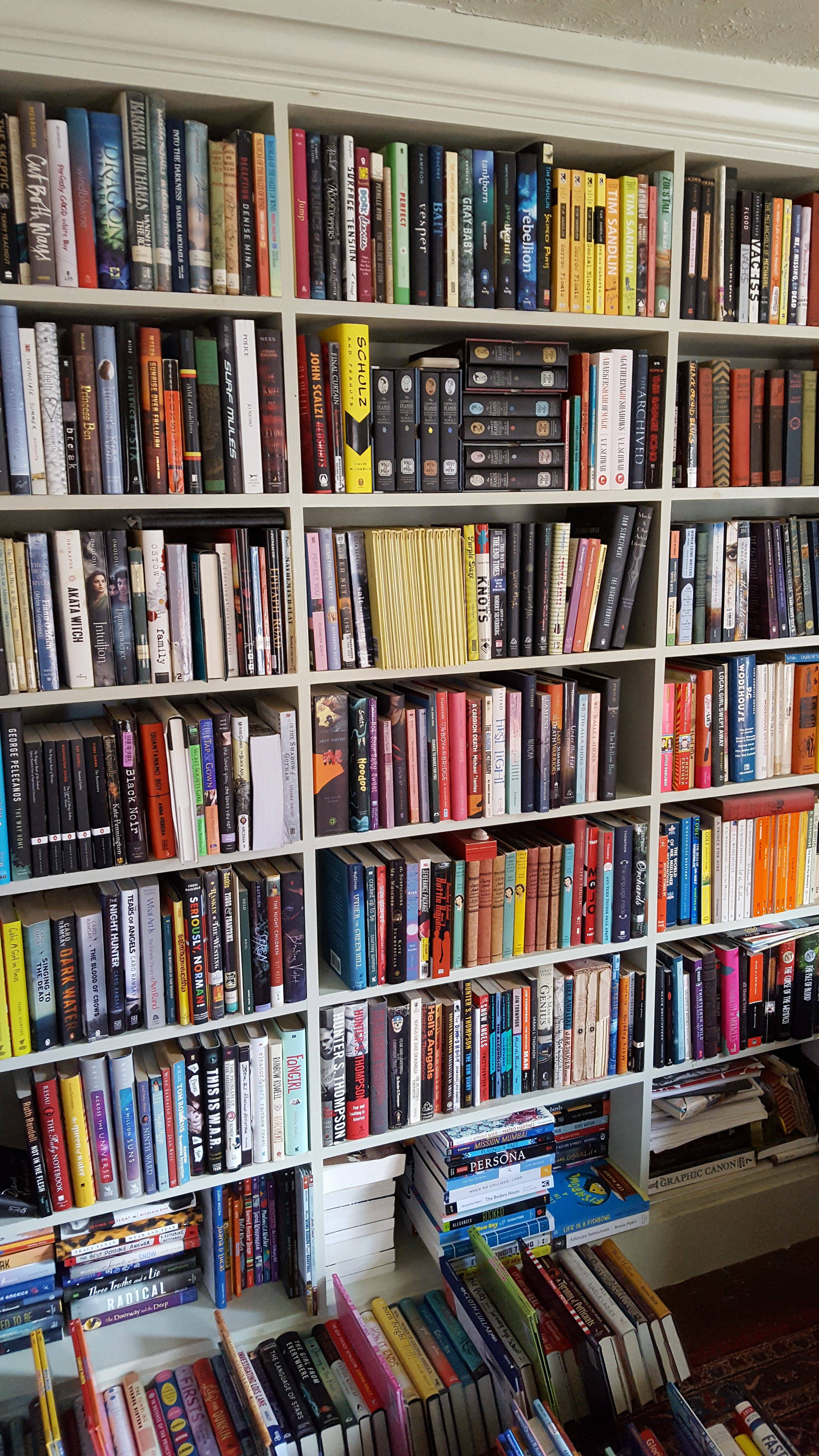 Let’s be honest: we’ve all got a few of those books on our shelves. Books that we’re hanging on to because they’re capital-I important, because they were gifts, because they won such-and-such award. And books that, worst of all, we’re holding on to because we think it will somehow reflect badly on us as readers if we not only haven’t read them, but have no intention of reading them. Books that are there because of What Other People Might Think, not because we actually want them.

Every so often, there’s an essay—or sometimes an entire book, barf—bemoaning the State of Modern-Day Reading Culture, wailing about how a lack of interest in a specific subgenre of literature is a sign of the decline of civilization. (Not-so-surprisingly, said pieces usually focus on long-dead cishet white male authors, and not-so-surprisingly, said pieces usually say more about the essayist’s ego and desire for intellectual validation than they do about their supposed topic, but holy cow, I am digressing.)

As I scan my shelves looking to make more room, I try to keep that in mind. If I look at a book and feel a sense of obligation rather than an active desire to read, that’s a good indicator that I’m probably never going to get around to reading it.

If I change my mind, there’s always the library.

Or, more likely, I might buy it all over again, thus continuing the life cycle of The Cube.

(At least I’m honest about my bad habits?)