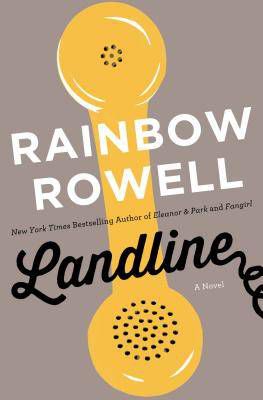 The Flash #270
“A Fast Way to Die”
By Cary Bates, Irv Novick, and Frank McLaughlin

‘Starting with this issue — Flash’s life begins to change … and it will never be the same again!!’

Two exclamation points – that sounded like typical 1970s cover hype. What wasn’t typical was that it wasn’t exaggerating. With this issue, the cosy world of the Flash began to erode, as the familiar set-up changed and darker elements intruded.

Since the Flash concept was revived in 1956 with Barry Allen taking over from Jay Garrick, his adventures had been edited by one man – Julius Schwartz. Over the years, Barry’s life had changed a little – primarily, he gained a sidekick in Wally West, Kid Flash, and wed Wally’s reporter aunt Iris – but by 1979 things had gotten pretty predictable. Sure, longtime writer Cary Bates and penciller Irv Novick worked hard to bring readers fun, surprise-filled superhero stories, but aside from the odd new villain – Golden Glider made a big impression in a rare four-parter shortly before this issue – it felt like same old, same old. Barry would fight a Captain Cold, Mirror Master, or some other longtime Rogues Gallery member, do something non-specific at Central City’s crime lab with assistant Patty Spivot, then go home for supper with Iris.

But with The Flash #270, Schwartz handed over the editorial reins to Ross Andru. He’d spent years at DC drawing the likes of Wonder Woman, Metal Men, and even a few issues of this series in between the long tenures of Carmine Infantino and Irv Novick, then made a big impression at Marvel on Spider-Man. But as the 80s approached, Andru was back at DC and, as well as drawing a raft of covers, he was editing a few books.

And one he apparently wanted to shake up was The Flash. Bates stayed with the comic, but was encouraged to think outside the Schwartz box, which usually contained a gimmick that made for a great cover, but not compelling serial drama. And serials were what kids like me wanted in 1979 – not clever, but ultimately forgettable, one and two-parters.

“A Fast Way to Die” begins like an ordinary issue, with Barry Allen out for his “early-morning jog,” which, when you’re The Flash, means a world tour. Back in Central City and heading for breakfast with Iris, he’s caught short when he underestimates a new bad guy, The Clown.

The villain gets away, the Flash gets laughed at by his cop colleagues and the day just gets worse. Barry’s boss instructs him to visit the state pen to find out about the Nephron Process, an experiment intended to change criminal behaviour. It’s based on Barry’s own college dissertation, but when he learns how his research is to be applied by others, he’s not happy.

Elsewhere, an unseen young woman is obsessing over how to make the Flash hers, there’s corruption and criminals at police HQ, and Iris is seething that Barry missed breakfast and then, because of the prison visit, dinner.

The last of these doesn’t sound especially serious, but she’s still not speaking to him the following day, which puts him off his super-speed stride when he comes up against the Clown again…

It was an intriguing change of pace issue for those of us used to pretty light-hearted stories; Barry’s personal, professional and superheroic life all got a wee bit tougher as Andru’s years of experience at Marvel led him to bring serious subplots to the book. And things just get rougher over the next few months as Barry is put onto the streets alongside new character Detective Frank Curtis in a move I assumed was motivated by the popularity of Starsky & Hutch. The stalker, Melanie, starts messing with Barry’s head – literally. Nephron project volunteer Clive Yorkin becomes a real concern.

And Iris Allen is murdered (while in a Batgirl costume, no less).

While he soon left the series to be replaced by Alex Saviuk, Irv Novick – a comic artist since the Golden Age – drew the heck out of this issue. Frank McLaughlin’s inks are a tad heavy on the figures, but more often than not keep the dramatics high. The scene-setting arrival of Barry at the jail is a masterclass in understated moodiness, for example, while the fight scenes with the Clown have dynamism to spare.

I’ve no idea how a reader today would react to this as a back issue – Bates’ narration is still a tad Batman ’66 at this point – but for those of us reading back then, it was a real kick in the gut, a burst of energy the series sorely needed. And all in just 17 pages, behind a gorgeous montage cover by Rich Buckler and Dick Giordano, beautifully coloured by Tatjana Wood. Flash #270 made me see that there could be more to a Barry Allen story than the pleasant fare we’d gotten used to, altering the tone without rewriting the personality or history of its star.