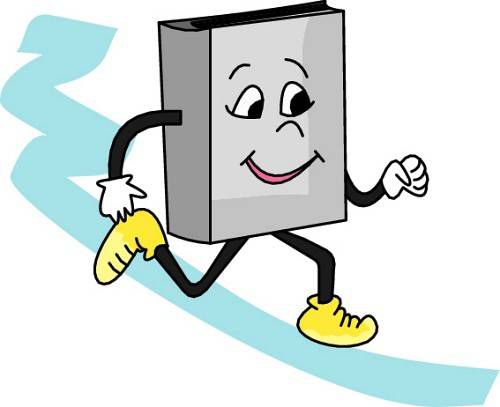 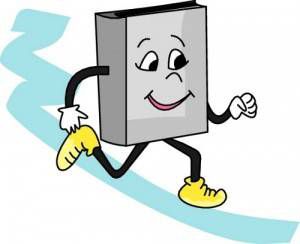 I’m a reader, not a runner. The most I’ve ever run in my life is about four miles, and that was back in high school (or an average of about a mile per year*). Still, I have fond memories of when, a few years ago, I took part in my first New York City Marathon. I may not have run, but I got up early to join some friends along First Avenue (and with Central Park closed to crosstown traffic, I had to walk all the way from my apartment—more than a mile) to see for myself why some 30,000 people would travel to New York from all over the world to run 26.2 miles in one day. At one time. Without stopping.

Of course, there will be no New York City Marathon today—a postponement that even disappointed entrants and one visibly nonplussed Mayor Michael Bloomberg can admit was the right decision less than a week after the unwelcome arrival of Hurricane Sandy.

However, there is no excuse not to use this time to test one’s own endurance or at least glean some readerly insight from those who have or written about those who have. Here, then, are some books about endurance or running or, directly or indirectly, both.

I also consulted Nicholas Thompson, Editor-in-Chief of newyorker.com (The New Yorker’s web site), who writes often about the running life and was himself preparing for today’s NYC Marathon before Sandy intervened. And speaking of Sandy, some story here may even inspire you to lend a hand or at least text a donation for those in the middle of their own unplanned test of endurance.

Remember, a world-class marathoner can run 26.2 miles in little more than two hours—there’s no reason that you can’t finish one stinking book (or even one-point-two).

The Endurance: Shackleton’s Legendary Antarctic Expedition
By Caroline Alexander
Yes, this recounting of Sir Ernest Shackleton’s arduous 1914-16 expedition to Antarctica is about the crew of the ship The Endurance—and it’s certainly about endurance. Enough so that this decidedly non-sports tale has been used to inspire athletes: apparently, in the season before he won his first Super Bowl as a head coach, Bill Belichick screened a movie version of it for his New England Patriots to instill the “principles of endurance, courage, and teamwork” that a group needs to survive a grueling misadventure in the subarctic waters near the South Pole. Or, you know, to beat the Miami Dolphins. (Full disclosure: I have not yet read this book, but I did see a hardcore, multimedia/puppet show rendition of the story. It was sweet.)

Once a Runner
By John Parker
Originally, self-published in 1978, this novel about a collegiate miler training for “the race of his life” became a cult-classic for runners of all levels, including Thompson. “I haven’t read it since high school, but I read it about five times then!” he writes in an email. “It’s the classic novel about the emotional power of running.”

The Running Man
By Richard Bachman (Stephen King)
Perhaps better known for its 1987 movie version starring the then-future governor of California, this novel about a futuristic life-and-death game show was published in 1982 with the following tag line: Welcome to American in 2025 When the Best Men Don’t Run for President. They Run for their Lives. There are so many things wonderfully and wrongly anachronistic here, from the way “best” and “men” and “president” are used completely without irony in the same sentence to the fact that the version of 2025 portrayed with seems much more like…well, 1982.

Born to Run
By Christopher McDougall
No Springsteen here—the subtitle of this 2011 volume is “A Hidden Tribe, Superathletes, and the Greatest Race the World Has Never Seen.” It’s equal parts athletics, anthropology, and futuristic science: McDougall was an oft-injured runner when he started writing the book, a condition that propelled him to infiltrate a tribe of Mexican natives who run for “hundreds of miles without rest”—or, it seems, any real discomfort. With input from the leading researchers in sports science, he concludes that everything he believed about running is wrong (one example: it’s gotta be the shoes) and also trains for the ultimate race, a 50-mile run through some of most unforgiving terrain in North America, Mexico’s Copper Canyons. According to Thompson, “it vastly overstates the benefits of running barefoot, but it’s a great tale about endurance athletes and the spiritual side of running.”

Pre: The Story of America’s Greatest Running Legend, Steve Prefontaine
By Tom Jordan
An engrossing if imperfect first draft of legendary runner Steve Prefontaine’s too-short story, this biography appeared in 1977, just two years after the 24-year-old Pre’s death in an alcohol-related car wreck, and two decades before a new wave of films and other books brought his tale of endurance that ends well before the finish line envisioned for him. Very heavy on the insides of the running world, it’s nevertheless one of those semi-rare sports bios that transcends its genre.

What I Talk About When I Talk About Running
By Haruki Murakami
In this memoir, the acclaimed author turns his attention and considerable analytical power to how distance running, including more than 20 marathons and an ultramarathon, has influenced his life and his writing. “It’s not a book for serious runners,” Thompson writes, though serious readers should find much to relish. “[Murakami] is the most brilliant man who has devoted himself to really thinking about running.”

Finnegans Wake
By James Joyce
Yeah, you had to guess that this or something like it would be on here. It’s not the longest book ever written in English, not by a, uh, longshot, but it is long (600-700 pages, depending on edition), complicated, and frequently cited as one of the most difficult novels in our language. The best approach I’ve found to reading it is comes from Publisher’s Weekly’s Garth Risk Hallberg, who suggests: “Try reading 25 pages a day, out loud, in your best bad Irish accent. (Seriously—some of what seems like idiolectic obscurity is just a question of how you pronounce your vowels.) You’ll be maddened, you’ll be moved, and you’ll be done in about four weeks.” In other words, you may not finish with the best time, but you’ll have the best time.