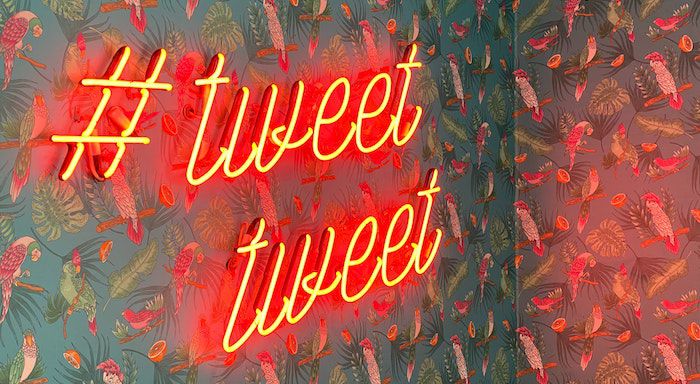 There are a lot of bots. In 2018, a study estimated that bots post around 2/3rds of the links on Twitter. In 2019, a study suggested bots are acting more human. This May, a study found that nearly half the accounts tweeting about COVID-19 are probably bots.

Most bots are banal. Some bots are malicious. But there are also a few bots that bring a bit of wonder and poetry into your timeline.

If you’re a fan of fragments of lyric Greek poetry, this is a bot for you. The Sappho Bot posts fragments of translations from Anne Carson’s If Not, Winter: Fragments of Sappho and more. Some modifications have been made to fit the character limit.

– against you there is no defence

Carson (b. 1950) is a poet, essayist, professor of Classics, and translator. Recent tweets include:

Sometimes I think language should cover its own eyes when it speaks.

The Plath bot tweets random bits of Sylvia Plath’s poetry every hour. Plath (1932–1963) is best known for her confessional poetry and her semi-autobiographical novel, The Bell Jar.

I am not a tree with my root in the soil

Above the appalling ruin; in bleak light

What would Twitter be without an Emily Bot? Poems from the great Emily Dickinson (1830–1886) fit particularly well with Twitter’s character count. To whit:

I’m Nobody! Who are you?

The Nights Bot is my all-time favorite, and the one I find myself talking to the most. This bot features fragments from Yasmine Seale’s forthcoming translation of the 1001 Nights. Seale is not only an accomplished poet and translator but the first woman to translate this important world classic to English.

The snippets are almost all wonderfully short. They include:

a ruin for the owls and crows to haunt

perfumed herself, took my sword and left

(I can’t wait for Yasmine’s translation to be out.)

The Magical Realism Bot is predictably unpredictable. Constructed by @chrisrodley and @yeldora, it generates a magical story every four hours.

It will tell you, for instance, that:

In Budapest there is a book that is made of HR managers.

A screenwriter plays a game of rock, paper, scissors with a woolly mammoth.

This bot tweets queer poetry, prose, and plays. They try to maintain formatting whenever possible and promise that “extracts tend to be hopeful.”

And I knew when I entered her

I was high wind in her forest’s hollow

When you came, you were like red wine and honey

And the taste of you burnt my mouth with its sweetness

Mythic Maps is a bot by @mewo2 that offers maps from fantasy and science fiction novels.

You’ll find a map of The Free Cities from A Dance with Dragons by George R.R. Martin alongside a map from The Witches of Wenshar by Barbara Hambly—and more.

Moby-Dick was my first twitter bot, and it remains an inspiration. The bot provides more than 2,000 lines handpicked from Moby-Dick, one at a time in random order.

The lines are often rich in sonic resonance, as:

Alike, joy and sorrow, hope and fear, seemed ground to finest dust, and powdered, for the time, in the clamped mortar of Ahab’s iron soul.

Sometimes wonderfully pithy, and easy to apply to any moment in one’s life:

don’t you know the higher you climb, the colder it gets?

Surely his was a touch of fine philosophy; though no doubt he had never heard there was such a thing as that.