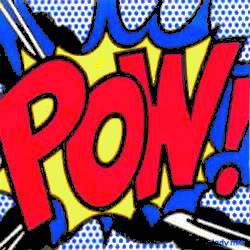 If you couldn’t already tell, here at Book Riot we’re all really excited about our Start Here project. This is what happens when you get a big group of super enthusiastic readers together, we just want to share our favorite stories with everyone so that maybe they’ll love reading as much as we do. And that’s exactly how I feel about comics!

Comic Books. Graphic Novels. Manga. Sequential Art. Graphica. Comix. Whatever you want to call it, if art and words are blended together in a beautiful narrative mix, I’m there (and if I really like the comic, I will probably try to foist it into your hands). But the wide world of comics can be a bit… daunting. Maybe not in the same way [fancy classic author] is daunting, but the comicsverse has many, many issues (literally) and isn’t the most accessible.

While there’s a world of self-contained graphic novels (books like David Mazzucchelli’s Asterios Polyp or Alison Bechdel’s Fun Home), the majority of comics are serialized–and that’s where things can get hairy. Every Wednesday, hundreds of issues of comic books are released. For the most part, each issue of a particular title builds off the previous one. This has pretty much been the case since Action Comics #1, starring Superman, hit newsstands in 1938. But fear not, Grasshopper! I’m here to make things a bit more accessible and a lot less scary. 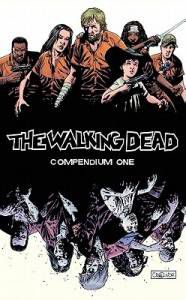 First let me introduce you to one of your best friends in comics: the Trade Paperback. Like in the wider publishing world, a comic trade paperback is a larger format paperback book with a nicer production than the “mass market” single issues. They traditionally collect 5 or 6 issues (about the length of a single story arc or volume) of an ongoing comic book series. They’re what you’ll see on the shelf in a bookstore’s Graphic Novel section. Most importantly, they’re a really great way of introducing you to a comic and getting you up to speed.

For argument’s sake, let’s say you’ve been enjoying AMC’s The Walking Dead and wanted to give the comic a test drive. You can walk into your local indie bookstore, or Barnes and Noble, or even your friendly neighborhood comic shop and pick up the first trade paperback and devour it like a zombie would devour your brains. If you like that trade, you can continue on down the line. And if you run out of trades to read, that means you’re ready to dive in with issues.

What if you’re totally into the current superhero movie explosion? Marvel and DC Comics, two of the largest comic publishers in the world, are both relaunching their books to attract new readers. DC’s New 52 initiative, which “rebooted” every one of their 52 titles and started them back at issue #1, is only about a year in. Marvel NOW! is a set refresh line starting in November. The publishers are doing what they can to make the waters fine for jumping in.

But one of the absolute best things to do if you’re looking to get into comics is just ask somebody. The easiest, fastest thing to do is ask the Internet! (Just don’t ask Wikipedia about comics. It’s like having a cold and checking WebMD. Way too much information that’ll convince you you have brain cancer.) Like a good bookstore, most quality comic shops can help you out with a recommendation for a title or a character. They’ll point out key trades to get you started or let you know when the best time to start reading an ongoing title is. Do not fear Comic Book Guy, because he doesn’t really exist. And if you’re really adventurous, head over to Comixology or Graphicly and download a couple of their recommended titles to read on your ereader, smartphone, or computer. I’ve found a lot of great comics just browsing through one of Comixology’s 99 Cents Sales.

So, if you’re looking to get started, here are a few of my favorite trades:

The Unwritten by Mike Carey and Peter Gross
The Walking Dead by Robert Kirkman, Tony Moore, and Charlie Adlard
Y: The Last Man by Brian K. Vaughn and Pia Guerra

And if you want to jump in to the funny pages, I think just about anyone can pick up these series and not be lost: