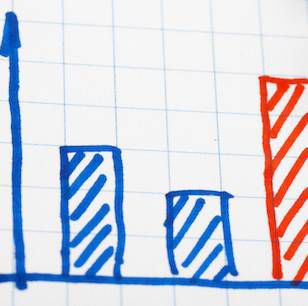 2014 was the first year I earnestly kept track of every book I read. On a spreadsheet (dubbed I’ve Read Books, after my bookstore’s t-shirt slogan) I recorded title, author, date begun, and date finished. My co-workers Jenn and Arielle had been doing this for years (I borrowed Jenn’s spreadsheet method) and I was jealous of that collected knowledge. I almost wish I’d been tracking my books read since I could read. I’m certain I’ve lost hundreds of books to a faulty memory. But you can’t work backwards, so I determined to track my reading starting now (then) and ending (presumably) at my death.

A year and a half later, this project has proven a mostly wonderful pursuit. I added columns to track genre, page count, publisher, etc. I added worksheets to track books I wanted to read (I’ll Read Books) and books I wanted to buy (I’ll Buy Books). At the end of 2014, not only did I know how many books I’d read (sixty), but I knew the gender and genre breakdown, the number of pages vs. number of days it took to finish. I made pie charts and scatter graphs, because I’m a data nerd and that sounded like a fun Sunday to me.

When the new year began I had a few goals to hit based on what I’d read, or rather what I hadn’t read, in 2014. I wanted to read more poetry and nonfiction, but mostly I wanted to read more books—at least fifteen more than I’d finished the previous year. My boyfriend Sean started tracking his reading in 2015, and we quickly became competitive. On the last day of February I sped through a graphic novel, just so I could beat his book count for the month. By the end of March, I’d already read thirty books.

So I’m hitting my goals, but here’s the thing: I’m not entirely happy with the books I’ve been reading. 2014 was a banner year—I read some of my all time favorite books, and though I had plenty of ehh books, I thoroughly enjoyed most. 2015 hasn’t been quite that way, and I wonder if it’s because I’m less willing to drop a book after sinking 100 pages in. If I give up it won’t count! That’ll be time wasted, one more book to add to my Need to Start Over/Abandoned tab.

I’m also seriously behind on comics. I follow five or six different series, but I can’t remember the last time I sat down with a comic that wasn’t Lumberjanes (which I will never miss an issue of, book count be damned). Because comics can’t quite count in my book count. Trades can, and I guess if I read enough issues to make a trade I can count that, but I’m not tracking each issue I read so by the time I’ve read a trade who’s to say when I started? My data will be inaccurate!

It’s funny because I made these rules. No one is watching what I read (except maybe Sean, who really didn’t want me to count that graphic chapter book back in February). No one is telling me this does count and this doesn’t. It’s just me. At the rate I’m reading, I’m fairly certain I’ll reach my 75+ goal. So why am I stressing over numbers? Why am I finishing books I don’t love?

I’ve always been one to abandon books if they didn’t grip me by page fifty. I’ll never be able to read all the wonderful books in the world, so why waste time. And yet, the last book that slayed me I read back in February (Uprooted by Naomi Novick). Not to say there haven’t been good books since, and I don’t expect every read to feel life-changing and career-affirming, but a bookseller can dream.

To contradict myself further, I love tracking my reading. I may not be reading my favorite books, but I think I’ll read more books this year than ever before. And not only can I data nerd out over stats, but I can remember what I’ve read and muse over how one book led to another, notice trends in my own reading; no book finished will ever fall through the cracks in my memory.

The moral of my musing is this: track your reading, but don’t let it bog you down. Between writing my first draft and writing this paragraph I already gave up on a book that I was more than halfway through. And it feels good! Now if you’ll excuse me, I’m going to go catch up Ms. Marvel and Bitch Planet and Saga.