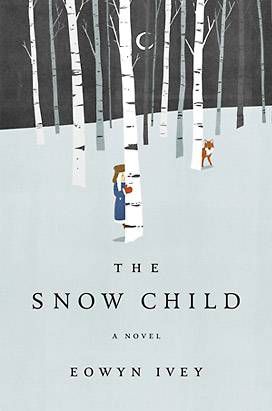 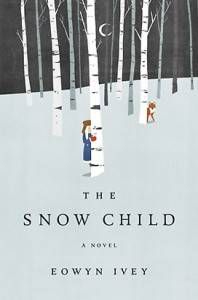 Eowyn Ivey’s debut novel The Snow Child officially hit shelves last week, though there were sightings of it in stores the week before. It is one that caught the eye of several Rioters early on, after watching the book trailer and seeing that it had received high praise in early reviews:

“If Willa Cather and Gabriel García Marquéz had collaborated on a book, The Snow Child would be it. It is a remarkable accomplishment—a combination of the most delicate, ethereal, fairytale magic and the harsh realities of homesteading in the Alaskan wilderness in 1918. Stunningly conceived, beautifully told…”
—Robert Goolrick, (A Reliable Wife)

Here, Ivey discusses the experience of being a new author and the warm response that she has received from readers around the world.

CN: When you are given high praise like that offered by Goolrick so early on, how does that feel? Did you think it was a fair comparison?

EI: Of course I’m incredibly honored and appreciative, but in all honesty it makes me a little uncomfortable. And when I was asked how I would handsell my own book, I think my initial response was “hide behind the counter.” I love working as a bookseller and helping people find the right read for them. But I’m not so comfortable selling my own book. I just hope the people who do read it enjoy it and feel like they come to know Alaska a little more in the process.

CN: The novel was released in Norway last fall, and it quickly became a best seller. Why do you think it was so appealing to readers there?

EI: I think I owe a lot to book bloggers there. They were tremendously supportive of the book when it first came out, and helped spread the word. I think, too, there’s a certain affinity between Norway and Alaska. I’ve never been fortunate enough to travel there, but when I look at photographs I see a landscape very similar to my backyard. I suspect that some of the elements of a life in Alaska – the long dark winters, the beautiful wilderness – probably touch close to home for Norwegian readers.

CN: Where else has it been released? What sort of response have you had in those other places?

EI: In addition to Norway, it has also been released in Spain, Italy, France, and the Netherlands. On Feb. 1, it came out in the U.S., Canada, the UK, Australia, New Zealand, and South Africa, and then later comes Germany, Lithuania, the Czech Republic and Slovakia. It’s really astonishing to me, and I have been fortunate enough to get some wonderful support from some of these places. In the UK, it was chosen for the Waterstones 11, which is an incredible honor. And occasionally I’ll get an email from Paris or Rome from a reader who has enjoyed it, and that is really touching.

CN: Do you have a favorite among the various cover designs? Why does it appeal to you?

EI: I had always heard such horror stories about authors hating their covers, and here I luck out and get all these gorgeous designs. Because of course, authors have little or no say about their covers – they just appear in my email inbox and I open them up to see how it is appearing in, say, France. But so far I love each and every one of them. What I’ve enjoyed in particular is how different they all are. I have to confess, the US cover is my favorite. It’s such a beautiful, unique design. But the UK ties for that favorite spot. My publisher there put a tremendous amount of attention into the details. It’s lovely to just hold and look at.

CN: The novel is very visual, particularly in your description of Faina and what she wears throughout the story. I am thinking specifically of the coat that Mabel makes for her and the dress she wears near the end. Where did the inspiration for these garments come from? How long did it take you to get the descriptions just right?

EI: Thanks so much. As I was writing the novel, I had a notebook where I pasted images I had found of Snegurochka, the Russian snow maiden. There are beautiful Russian lacquer depictions of her, as well as oil paintings from the 1800s. I also collected different illustrated versions of the story, and all of these sort of fueled my imagination. But I wanted to lend it some more believable details, specific to that time and place: the cotton dress, the marten fur hat. Certain aspects of the story felt like work, but for some reason this element came easily and was a lot of fun.

CN: The story is based on a children’s tale. How did that complicate things, considering it was written for an adult audience?

EI: Beyond that initial inspiration, I never thought much about it being a children’s story. I think most fairy tales have a darker, more adult side. And I didn’t allow the original fairy tale to limit my own story. It was just the starting ground; I wasn’t bound to it.

CN: What is one question that you wish readers would ask, but that you have not heard yet? Or what question did you most expect to get that no one has asked?

EI: I keep wondering if someone will ask if my characters are based on real people from my life. That seems to be something we readers find fascinating – where is the autobiographical portion? But in truth, none of the characters were directly inspired by people I know. I took snippets here and there. Mabel was my great-grandmother’s name. Jack has my husband’s quiet work ethic. But very quickly the characters became their own people who I was getting to know as I explored the story.

CN: What has been the best part of your experience as a debut author?

EI: When I get an email or letter from someone who has read The Snow Child and felt a strong connection with it. In the midst of the traveling and media aspect of publishing, I can sometimes forget what I love about books. And then, a man from Norway emails me to say he checked it out of a local library and that he enjoyed it. Or a woman comes up to me at a signing to say how much it meant to her. In that moment, I suddenly remember – this is why I love books. It’s why I love to read, and why I love to write – to make that connection.