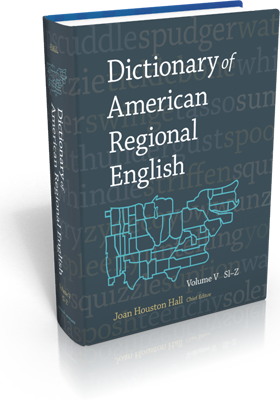 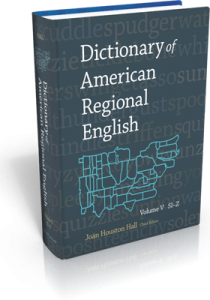 Back in the late 20th Century, during my college freshman orientation, we had a visit from a linguist specializing in regional dialects (or something like that). She instructed us to sit across the room according to our state of origin, from east to west (English-speaking international students were asked to leave*), and marvel at how differently we might express certain words and phrases from those friends who were sitting just a couple dorm couches (and states) away.

*I’m KIDDING. I can’t remember where they sat. Those from Hawaii and Alaska, however, had to sit way out in the hall.**

The differences were actually pretty minor (COO-pon vs. CUE-pahn, for example, or “waiting in line” vs. “waiting on line”), but still lead to some heated disagreements: “So how exactly would you get out of line if you were never in it?” (This, of course, was just as the internet was about to forever change “online,” as well as America and, for a brief time, America Online). As icebreakers go, it was amusing enough, though at the time it was much less an exploration of language than another subtle and self-congratulatory early-’90s-style exercise in diversity-awareness.

The source of my brief flashback was the publication this week of the fifth and seemingly final installment of the five-volume Dictionary of American Regional English—and our little dorm-based dialect drill has nothing on the beautiful, ridiculous diversity found within the colorful pages of DARE.

Based on research that began in earnest some five decades ago (Volume I: A-C was published in 1985), this register of the spoken lexicon finally goes all the way to zydeco (“popular music of southern Louisiana that combines French dance melodies, elements of Caribbean music, and the blues”). Besides a copious compilation of citations, interviews, and other original research, DARE is something of a picture book, too—with maps that indicate at a glance whether a particular word or phrase is most prevalent in, say, New England, or the Gulf States, or everywhere but the West Coast, etc. The completion of this “invaluable resource (and indulgence) for scholars, professionals, and word fiends alike” is cause for celebration (and at least one celebratory website). And constant updates, of course, are forthcoming.

Long before Google, there was goozle (a term in the southern U.S. meaning “throat” in general, or specifically the windpipe, gullet, or Adam’s apple). To honeyfuggle means “to entice or deceive by flattery,” while to hooky bob, used in Alaska and Idaho among other cold states, is “to hold onto a moving vehicle so as to be towed along over snow or ice,” often as a dangerous form of sport or transportation (sort of like Michael J. Fox with his skateboard in Back to the Future). That is, you would likely have to honeyfuggle your way into being allowed to hooky bob off the back of someone’s car.

Some of my other favorites include flannel cake, jugarum, julebukk, lutefisk, mulligrubs, pinkletink, pollynose, rumpelkammer, tickly-bender, tunklehead, vang vang oil, and waffle stomper. I’ll allow you the joy of looking them up for yourselves. You can find them as part of a healthy sampling here.

But why is a collection of what many might deride as slang—words that in some cases (and regions) are widely spoken but rarely written down—so important to readers (besides the fact that the book itself makes for good reading)? As Wordnik founder Erin McKean—a DARE board member—says, “We tend to think the written language is the language, but that’s not true. The written language, plus the spoken language, plus the scribbled-on-the-wall language—it’s all those languages together.”

Incidentally, this is the crux of some of the ongoing tension between those who believe in some kind of rule-based purity of the written language—I’ll count myself among them—and those who chafe at the notion that certain usages may therefore be seen as less pure: There is the way things are written and the way things are said, and each is valid in its own realm, though not necessarily the other’s, not completely. It’s exactly why the spoken-into-written melding of this manual is so fascinating.

But I think I might just wait for the audio version.